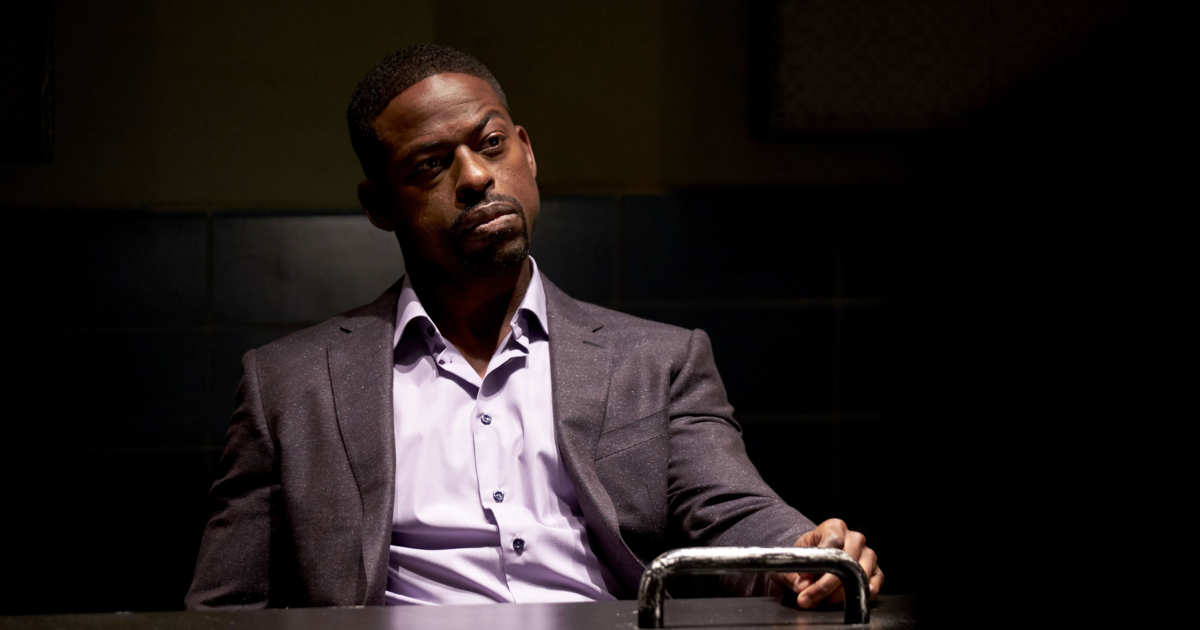 We start the episode with Sterling K. Brown sauntering into the station. He’s then greeted by Gina who informs him in the rudest way possible that he’s been called in for questioning. Captain Holt stops by on his way to the opera to see what’s going on and finds out Jake is interrogating someone. He laments about how much he misses being apart of interrogations since becoming captain.  He asks Jake if he can join in.

As the interrogation begins, it’s clear that it’s unraveling. So Captain Holt chimes in, changing the dynamic of his good cop/bad cop routine with Jake. They become dumb cop/smart cop with the hopes that he’ll confess to Jake. Despite all of this, the Dentist (Brown), who is suspected of murdering his business partner, keeps his cool.

When Captain Holt steps out, Jake gets the Dentist to admit he knew where the body was even though that was classified knowledge. However, the Dentist quickly absolves himself by claiming that the victim’s wife told him. When they find out that the Dentist has access to a cabin not far from the crime scene, Jake suggests lying about having a witness who’d place him at the cabin. Captain Holt rebuffs the idea.  If they get caught lying, though it is not illegal, it will damage their credibility. 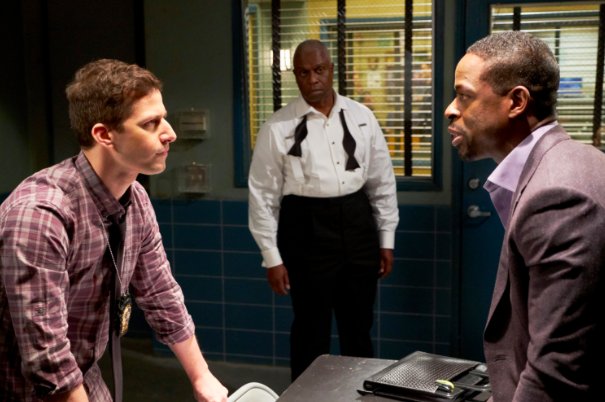 Instead, Jake and Captain Holt try everything they can think of, including making him say the victim’s name numerous times, bringing back the guitar and screaming bit, and throwing a chair at the two-way glass (which ricochets and hits Jake in the face). Throughout their attempts, Captain Holt and Jake start to lose their cool, which the Dentist uses to his advantage. He questions Captain Holt’s faith in Jake, which Jake has secretly been questioning the entire episode.

It becomes clear that the two are at their wit’s end, and though Jake’s earlier suggestion of lying is looming over them, Captain Holt still dismisses it. Jake’s ego or desperation gets the best of him, and he lies to the Dentist about having a witness. The Dentist calls in his lawyer and puts them in an even more difficult place.

Captain Holt calls Jake out for not listening but Jake realizes something in the evidence photos and goes in to confront the Dentist again. He manages to break his cool by calling him an amateur and the dentist arrogantly confesses.

Later, Jake admits that he wanted to impress Captain Holt, and while I try not to cry, the two laugh about the fact that they’ve been interrogating their perp all night.

The structure of this episode was so different from what I’m used to. It felt like a series of vignettes or a play. I enjoyed it, but didn’t realize how much I missed the subplots until I finished recapping, which is funny, because during last week’s recap, I complained about how the two subplots didn’t feel worth recapping.

I don’t watch This is Us because my life is sad enough but give Sterling K Brown more roles? All the roles? Halfway through I wanted them to not be able to convict him so that he can be a recurring character.  Maybe a serial killer? He had so much charm, and his calm demeanor was not only really hot but heinous, to the point where I questioned whether or not he really committed murder.

I’m assuming Captain Holt was put out about the Ph.D. comment because of Kevin.

“Is it the one Bugs Bunny sings?” Beat “Yes”

“I’m Gomez your Martica, I’m so happy when I’m with ya” (this is still making me laugh)