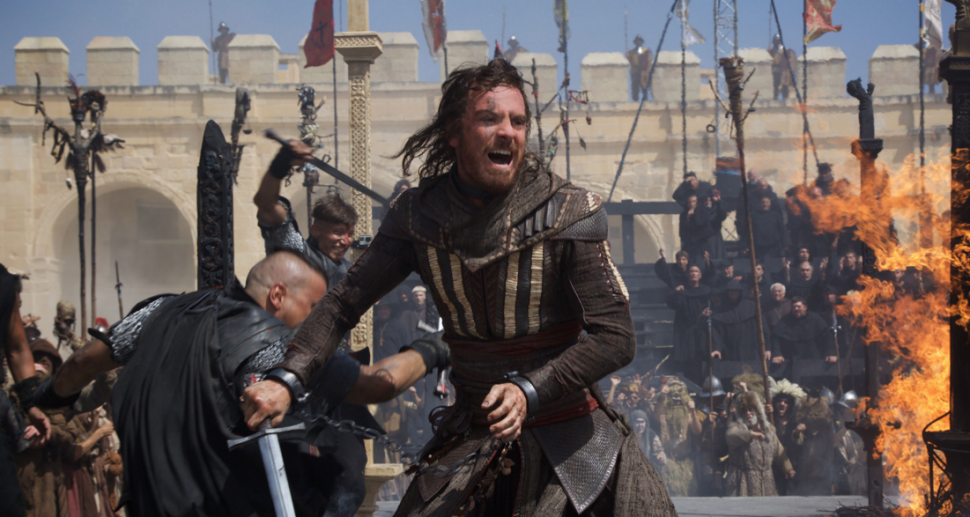 How does Assassin’s Creed, a wildly successful video game with such a rich and vast storyline, become one of the most unsuccessful, critically panned films of 2016? First, it takes itself too seriously. Second, some scenes are so dark the audience can hardly see what’s happpening. Lastly, the writers didn’t add any of the compelling plot points or characters from the video game. They wrote their own canon, and they wrote it poorly. 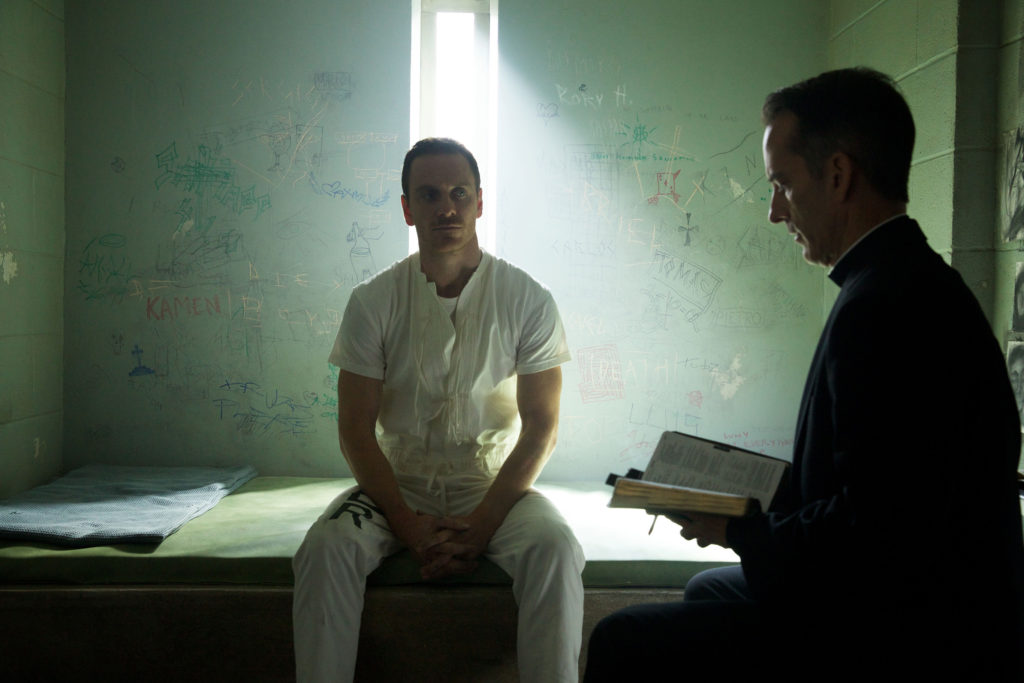 Callum Lynch (Michael Fassbender) is a man who is prone to violence. It could be because he witnessed a family tragedy at a young age. Lynch is a career criminal and a murderer with no regrets about his transgressions. His propensity for danger is attributed to his family lineage as he is a descendant of a 15th-century assassin named Aguilar. When the Knights Templar discovers Lynch’s connection to a league of deadly assassins, they realize he is the key to finding the Apple of Eden. The apple contains the power of free will. Releasing that power into the wrong hands will cause humanity to lose the power of free will

to whoever controls the apple.

The Knights Templar want to use it to stop the violence. This goal for world peace sounds altruistic, but what they want is to control humanity, not help it. They surmise that Callum Lynch is a danger to the organization, so it would be best if he joins their cause. When connected to the Animus machine, Callum is transported back 500-years to experience the memories of his Spanish ancestor in real time. He learns about the history of animosity between the Assassins and the Knights. Callum and other assassin descendants are held in a secret facility in hopes one of them will have the answer to an important question. That question is: will Callum help them achieve their goal, or will he take control of his destiny? The answer is, who gives a s**t. 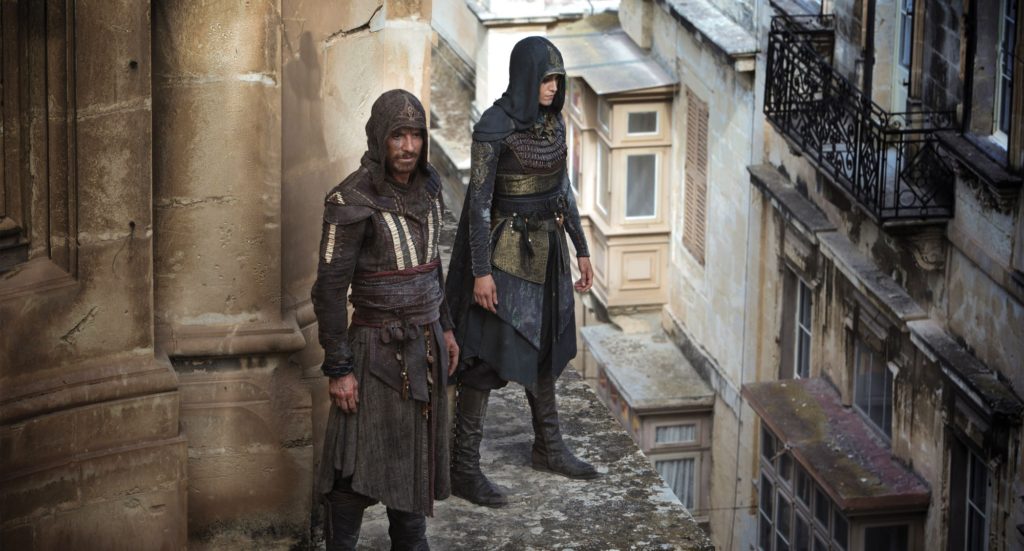 I get it. I do. These adaptations consist of new characters and a new story, so writers don’t have the pressure of sticking to whatever is cannon. Desmond Miles is the star of the first Assassins Creed video game, and his ancestor is Syrian. If Michael Fassbender (one of the producers) wanted the film to be progressive, he would have gone with the original cannon because Callum Lynch is a vapid, brooding individual with no purpose in life. It’s like watching A-list talent act out bad fan-fiction, eliminating everything that makes the game popular.

Don’t expect to see any of that exciting action from the game either. The action scenes that do happen are stale, with the fight choreography leaving much to be desired. There is nothing more irritating than fight scenes that cut back and forth so fast it gives you whiplash. Despite even that, seeing more fight scenes from the past would have at least given the film a sense of fun. Live-action video game adaptations should not be this joyless, even if they’re awful. I have never seen a group of A-list actors look so disinterested. And I’ve never been so ready to leave the theater mid-movie. 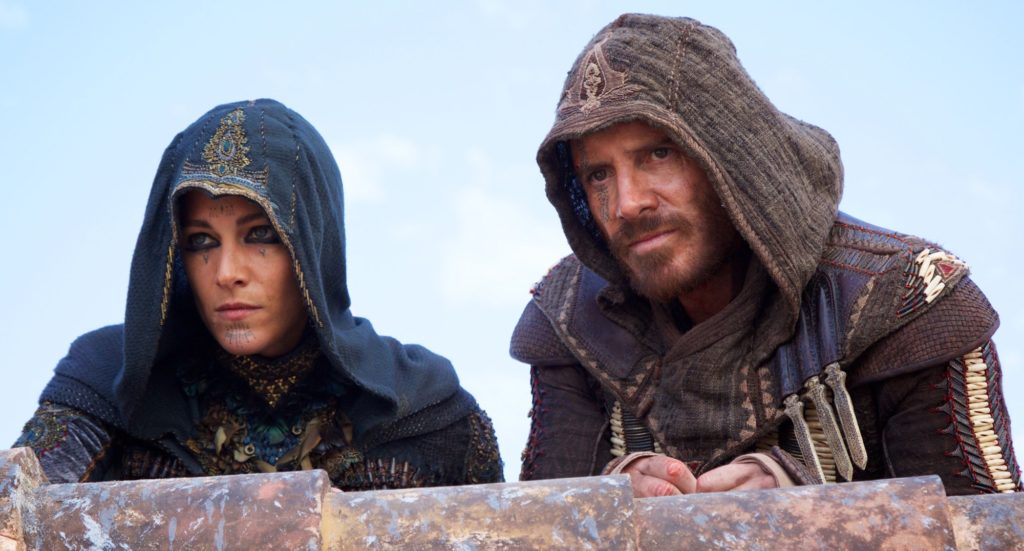 Even director Justin Kurzel’s seems bored.  He’s a better director than this, so I don’t know why he shot the film as if he went to the Zack Snyder school of directing. Kurzel is better suited for character driven material (like his previous film, Macbeth), but he has no idea what to do in the action genre. His style is too serious for a movie like this. Everyone is taking themselves too damn seriously. This isn’t Shakespeare. Do any of these people know how to have fun?!

Assassin’s Creed will go in the garbage bin with the other Hollywood, video-game-to-film adaptations. A large budget and an A-list cast will count for nothing if the story is dull. The film leaves the fate of the Knights Templar and The Assassins open-ended. Presumably, if the movie were successful, there would be room to create a franchise. Thankfully, that isn’t going to happen since Assassin’s Creed is a huge flop at the box office. The marketing was poor, and the trailer wasn’t attractive to fans. What did they expect?

Oh, well. Hopefully, future adaptations will learn from this experience. Until then, its back to the drawing board for Hollywood.

Assassin’s Creed is Back and Black (and Worth Your Check)