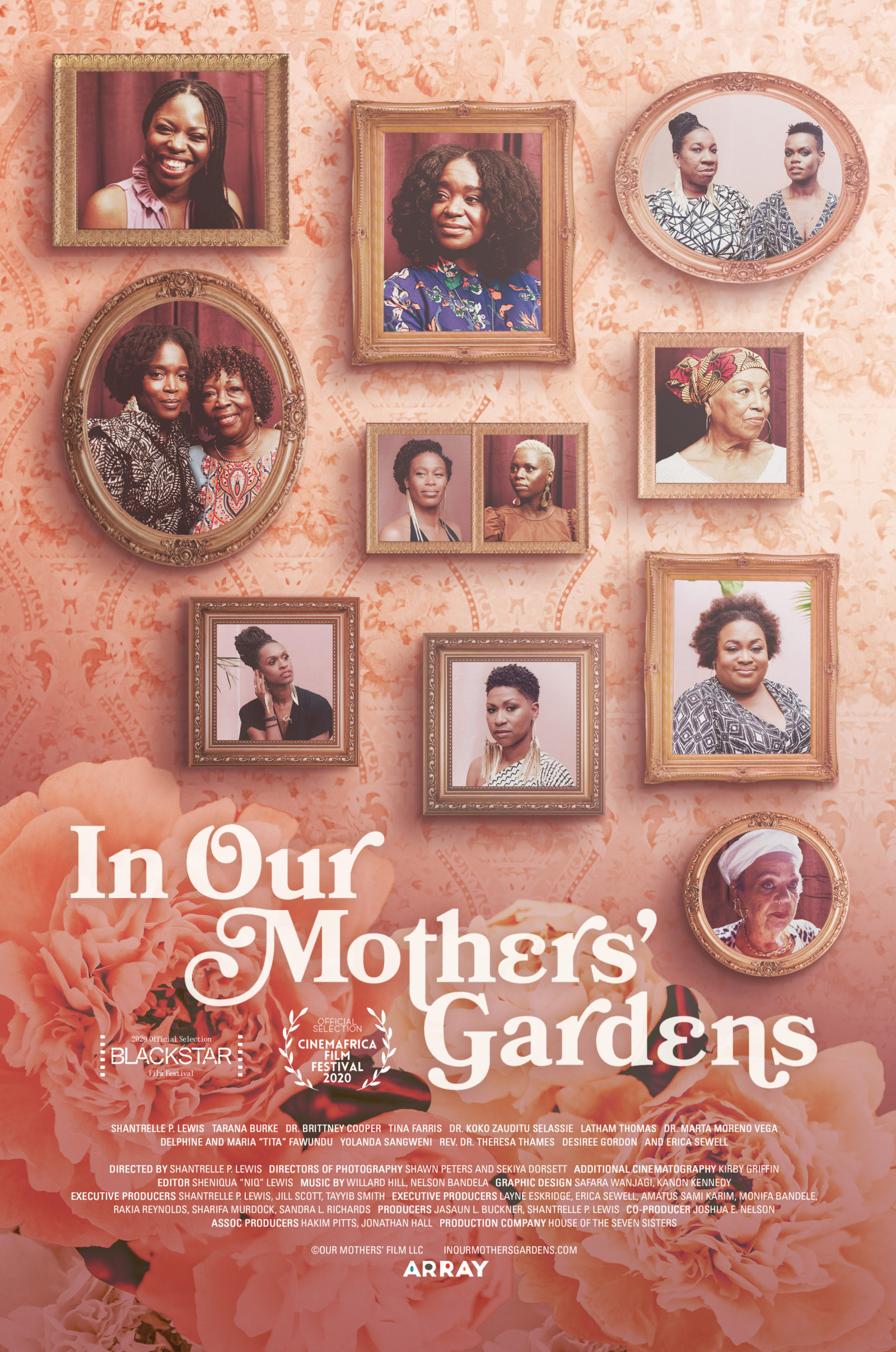 ARRAY Releasing announces the acquisition of In Mothers’ Gardens, the feature film debut of director, curator and author Shantrelle P. Lewis. The documentary film had its world premiere at the 2020 BlackStar Film Festival, winning the Shine Award for Best Film. ARRAY will release In Mothers’ Gardens in select cities and on Netflix beginning Thursday,  May 6. The announcement was made by Tilane Jones, President of ARRAY.

In Mothers’ Gardens celebrates the strength and resiliency of Black women and Black families through the complex, and often times humorous, relationship between mothers and daughters. The film pays homage to Black maternal ancestors while examining the immediate and critical importance of self-care, and the healing tools necessary for Black communities to thrive.

In Mothers’ Gardens is a beautiful tribute to the complex relationships between Black women connected by lineage and love,” said Jones. “Released in celebration of Mother’s Day, we are honored to present Ms. Lewis’ feature debut highlighting important bonds between daughters, mothers, and grandmothers told by a dynamic group of women.”

The acquisition was negotiated by Gordon Bobb of Del, Shaw, Moonves, Tanaka, Finkelstein and Lezcano on behalf of ARRAY, and Darrell D. Miller of Fox Rothschild LLP on behalf of Ms. Lewis.