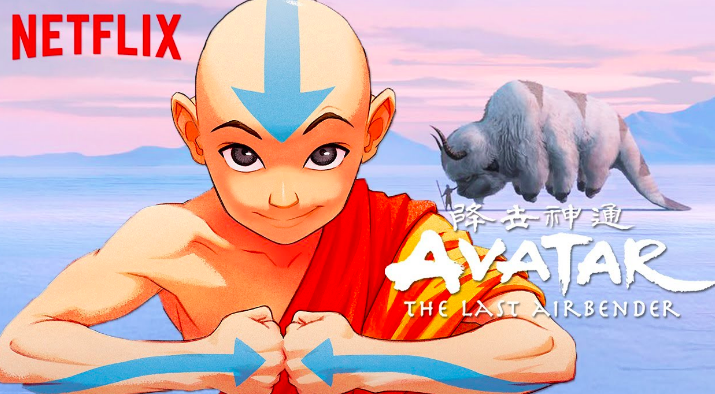 Like most fans, when I saw the announcement that Avatar: The Last Airbender was coming to Netflix on May 15, I was like, “YAAAAAAAAS!”

It’s about damn time that the United States is graced by the epic and phenomenal presence of the hit Nickelodeon animated show created and directed by the amazing team of Michael Dante DiMartino and Bryan Konietzko, with Aaron Ehasz as head writer. ATLA is the perfect healing medicine for our souls during this bloodbending stay-at-home time. It’s the perfect time to get lost in the magic of “bending” and laugh, cry, and watch the poor cabbage guy get his cart wrecked all over again.

This exciting news comes with its own hosts of questions about ATLA’s future on Netflix, most prominently concerning the foretold live-action retelling of the original story. With self-isolation upon us, it’s no wonder that most fans are wondering what this will mean for the release date for the new Netflix show. Additionally, some people have been wanting a brand-new animated series with an entirely new Avatar. Well, I have some updates on both of those concerns, so hold onto Appa, because things are getting so good you’ll swear that your drunk on cactus juice.

Many people are wondering why ATLA is suddenly coming to Netflix after all this time. The first reason is that Netflix and Viacom were focused on the DVD sales in the United States, rather than streaming. They believed that DVD sales would make significantly more money. Speaking of which, they just released a fifteenth anniversary edition of the box series. The box set comes with three gorgeous steel-book cases, but no new content. Don’t get me wrong, the artwork is beautiful, just a little pricey at the $80 it’s running for.

Anywho, going back to the streaming changes. So, Nickelodeon and Netflix have signed a major deal to add more content to Netflix for streaming. This will include both new original content as well as previously released shows (so get ready to possibly binge-watch OG Spongebob like a boss). I hope you’re as fired up about the new content as me, unless you’re a Firebender, because that much excitement might make you burn the house down. (Don’t worry, I’m not a Firebender, I’m a Waterbender — Water Tribe!)

Don’t hate me, but I’m about to spill some of Uncle Iroh’s heavenly Jasmine tea. The truth is, before the everything was shut down, the live-action ATLA was already behind schedule on filming. Bryan Konietzko explained that they were far behind after many fans wondered why there were suddenly no new updates in February. With everything pushed way back, it’s time we retreat to fight another day, because the live-action show won’t be around for a while. We’re looking at a release as late as 2022. I know it hurts, but we must put our healing tears together.

On the bright side, we can avoid facing our fears that this live-action will be anything like M. Night Shyamalan’s disaster (oh god, the trauma I feel at just at the mention of his name). But seriously, even though we’re blessed enough to get the awesome dream team of Mike and Bryan working on the new live action show, there are simply some scars that will never heal (no matter how many redemption arcs).

Many fans just can’t see there ever being another live-action version, as it seems it will never live up to the animated masterpiece. I’m personally on the fence, but I can’t deny, I’ll be there watching the second the live-action is released. My respect for Mike and Bryan wills me to watch and read everything they create.

I just know that if Combustion man isn’t named sparky sparky boom man, the world will feel my vengeance. If Toph doesn’t call Aang “Twinkle Toes,” I’m going into Super Saiyan Mode, and if they make the cast mostly white for some stupid reason, we riot!

The good news is, there are many stories and characters to be added to the ATLA universe. Whether it’s more live-action, like adding Korra, new comic books, or animation — you know it’s going to be earth-shatteringly brilliant.

If you think that’s all the news I have to share, you miscalculated. Since it’s clear that there will most likely be a new animated series, the next Avatar in the cycle would be an Earthbender. It could also be a prequel series or explore the Team Avatar adventures that have taken place in the comic books. There are still questions about what happened to Sokka, as the Legend of Korra failed to give us the answers. The future animated episodes may also include more about Avatar Kyoshi. There’s no telling what we’ll get see after that boomerang comes back full circle.

Apparently, the live-action series will include more expansive character development. While the story will stay the same, the episodes will take more time to build character relationships. I think this could be interesting if it’s pulled off correctly. However, I keep thinking, if everyone already loves these characters, why add more? I’m afraid this expanded development may interfere with how we know and love them now. Only time will tell. As long as they don’t mess up my favorite characters, Zuko, Toph, and Uncle Iroh, I should be good.