Marvel’s Avengers: Infinity War makes its debut in theaters nationwide on April 27th, 2018. As everyone is finally coming down from their Black Panther high, we all now wait with bated breath for what Marvel Studios will give us next in Infinity War.  BGN went on the set visit and learned some interesting tidbits of what to expect in what will inevitably be the biggest summer film this year.

The Avengers and Guardians Are In The World of Wakanda 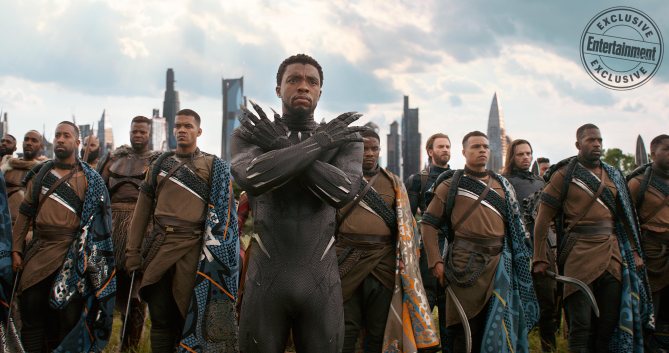 No surprise here since we see a militia of Dora Milaje and Wakandans fight alongside the Avengers in the Infinity War trailer, but on the set visit Chadwick explicitly tells us the following:

You are seeing [the Avengers] they are in my world. They are in my world so it’s interesting to have them enter our space, which is not something that happens all of the time. So I think it’s important for us to give the flavor of Wakanda, and they are really adjusting to our space. So I think that will be part of the fun of the movie. And the Guardians, entering it, obviously there’s a clash. All of that is conflict, but it’s not conflict between us necessarily. But it’s an emotional, psychological, social conflict. So to speak.

There Will Be Changes To Black Panther’s Suit

Every hero must evolve and with that growth comes a new suit.  Chadwick confirmed in his set visit interview with us, that he will have some alterations made to the vibranium-powered suit.

Yes, there are alterations to the suit, I lost a little weight so – no I’m joking. There are alterations, but I think it’s more so…I cannot be specific about those things. From Black Panther, you are going into the world of Wakanda, they are more technologically advanced than any other nation on the planet. So you are seeing some gadgets and some technology and the merger of those things with spirituality in a way that you didn’t see in Civil War. But that is because you are coming into their space now, you are getting the opportunity to see. So yes, the answer is yes. I’m not going to tell you what it is.

Scarlett Johansson Tells Us Why She Went Blonde 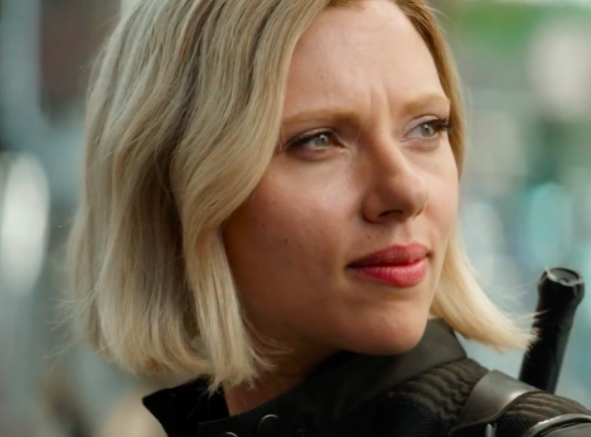 Natasha Romanoff is noticeably blonde in this film and switches from her ginger-colored tendrils.  So what’s up with the switch in hair color?  In our interview with Scarlett, she discloses why:

Joe and Anthony really wanted our characters to kind of feel like it had just been a period of time when we were both kind of under the radar, just like different. I think that my hair is sort of signature of Natasha — they just wanted us to look different. And so, for me, I kind of thought, “Alright, well maybe I kind of give it a kind of like wink and nod to like the other Widows’ kind of story.

This Story Will Be Different From The Comics 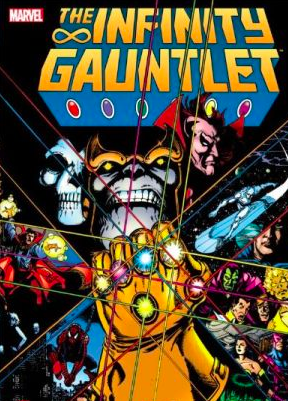 In our set interview with Mark Ruffalo, he doesn’t shy away from the fact that Avengers: Infinity War will deviate from canon. Here’s what he had to say about it:

This felt more like a new territory, really. And it’s so different from the comic books. I mean there are elements that are clearly the same, but when you really start to get into the story it really, everything changes. Planet Hulk was a big influence for Thor 3, and the idea, just the inkling of the idea in World War Hulk starts…and I read way before we were doing this, and there’s some interesting stuff in there but honestly, nothing so far directly related to this.

General Okoye Will Carry On As Leader of the War Dogs

Danai Gurira revealed in her interview about her character Okoye who is T’Challa’s loyal General. She tells us who she is in Black Panther and who she will continue to be in Avengers: Infinity War.

War Machine Is Coming Back To The Avengers 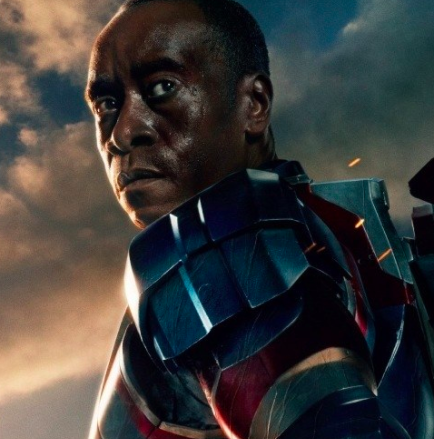 Don Cheadle disclosed to us about Rhodey’s condition and that he will be back as an Avenger with the team.  Here’s what he had to say:

I think we worked it out over the break. And now he’s coming back to the Avengers, back to his team a little ambivalent, I think, with a new rig by Tony, which of course he had to put his name on. So Tony, like I do not know who made them. And he’s rejoining the team and reintroduced back here in this storyline.

So with all of these characters how will this film balance their screen time?  Writer Stephen McFeely breaks it down for us:

How do you make sure this is not 25 people moving from one scene to one scene to one scene? So we talk, being a little facetious about it, but we talk about how it’s like
Nashville [television show], right? So you’ve got 4 or 5 different stories weaved together and then come together and then break apart. So, you get all these different pairings and groupings of 4 and 5 and 6.

The trailer so far reveals alot of what is happening on Earth in this story, but how much of this narrative will be in space? When asked about the percentage Stephen McFeely gave us this answer:

We can’t give you a percentage but it’s fairly split. That’s part of the nature of all
these groups coming together.

We watched a scene that reveals Falcon and Captain America will meet Bucky for the first time in Wakanda since being on ice. They have a brief exchange about an impending assault which reveals why Bucky is being visited in Wakanda.

Thanos Is The Lead Character 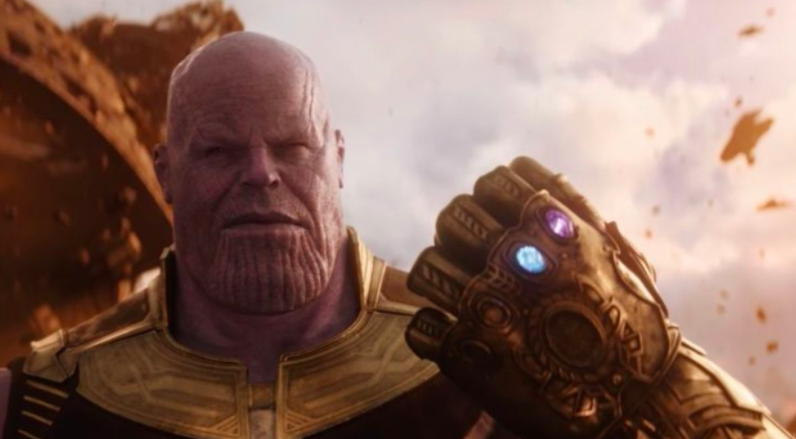 According to Anthony Mackie — Thanos is the main character of this film.  And why wouldn’t he be? He’s the antagonist to all of these characters and ultimately responsible for inciting this Infinity War!  Here’s what Anthony told us:

I would say if anybody is the lead of the movie it’s Thanos. And it’s all of us working around, orbiting Thanos because he’s such a big bad guy. He’s the uber bad guy. He’s the worst bad guy of all bad guys of all time.

All good things must come to an end, and filmmaker Joe Russo explains that this will end the way any story would end in a comic book:

If you were to think of the Marvel universe over the last ten years of the
book, this is the ending of the book. And then there may be new books written, but this is
certainly the ending of this book.

As Paul Bettany breaks into song singing Foreigner’s “I Want To Know What Love Is”, he explains how important Wanda’s relationship is to him.