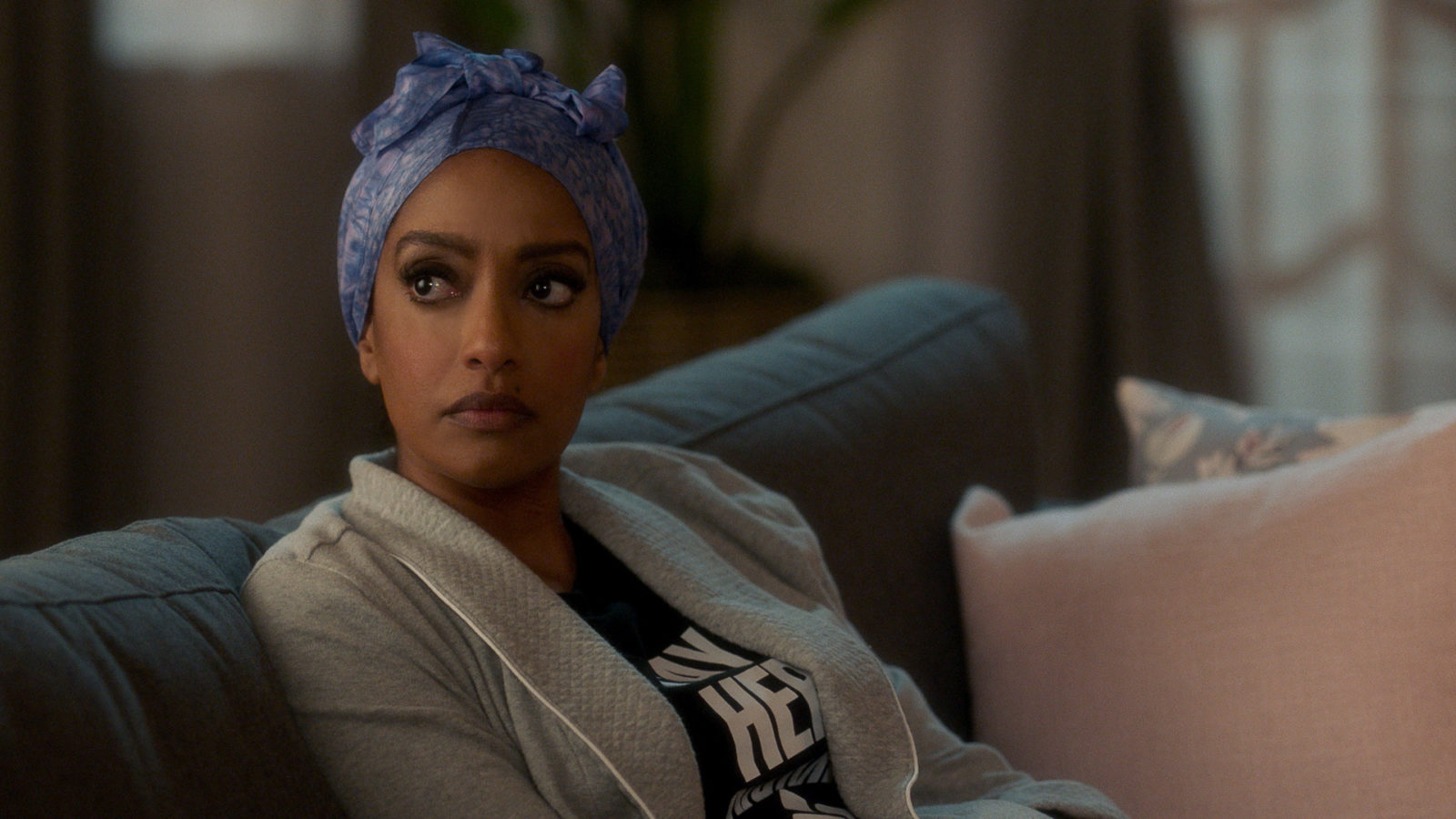 If you’re familiar with CW’s Arrowverse then you’ll have come to look forward to their popular crossover episodes where storylines from each of the series collide. Even if you don’t watch every show, it’s still exciting to see the Super Friends come together for the greater good. Last year’s “Crisis on Infinite Earths” was no exception.

My first time seeing the Arrowverse’s Kelly Olsen was when she was a nondescript lone Black woman in DC’s Legends of Tomorrow Season 5 episode “Crisis on Infinite Earths: Part Five” crossover special. That episode was Supergirl-focused, and while I didn’t watch the show, I did knew some of the cast. But I didn’t know who this woman was. Now, over a year and a half later, Kelly Olsen has become Guardian, a superhero with a heart of gold and representation for those who often are not seen.

It’s a heady promotion and one that’s a long time coming. Portrayed on Supergirl proper by Azie Tesfai, Kelly Olsen is a queer Black woman who is former miliary and well versed in trauma. To say she’s doing heavy lifting is putting it lightly. Tesfai is no stranger to taking on large goals.

“During the pandemic, I wrote a sample script of a different storyline I wanted to explore. It was a storyline featuring mental health with PTSD for vets, which related back to [Kelly’s] military past. When we found that this was going to be our last season, everything got restructured, but I was still able to write,” Tesfai says proudly over Zoom as she recounts the events that led to her writing the Supergirl episode, “Blind Spots.” The moment is notable because it marks the first time an actor has penned a script, not only in Supergirl, but in the entire Arrowverse.

“I had no idea that I was going to write my becoming a superhero!” she says. “I joined the writer’s room and we worked out the entire arc because it was important that it not be a bottle episode, but instead a story that was going to continue. I was able to be a part of all of that and it was very important to me.”

The episode in question is appropriately titled “Blind Spots.” It deals with the people and communities that are often overlooked, even by those trying to do good. In the Supergirl episode, a supernatural power enables a corrupt politician to wreak havoc on the city. This power is activated by the draining of energy and soul force from the people in a community that has understaffed hospitals, increasingly dangerous neighborhoods and citizens on the edge of despair.

They all need help and Kelly tries, but she can’t do it alone. It’s when she sees the lack of attention the issue is getting that she decides to call out the injustices and become the hero herself. It’s a powerful episode full of thinly veiled metaphors about everything from racial bias to white fright, and the lack of subtlety is exactly the point.

“‘Blind Spots’ was the phrase used most in the writer’s room which is why it became the title of the episode,” Tesfai says. “Someone would say something was offensive and the other person would say, ‘Oh, that’s my blindspot.’ People were very aware that [others] had perspectives they were missing.”

Tesfai knew to handle the script with care but didn’t want to lose the accountability the script called for. “This is a show where the lead character is the ideal of a hero for so many people. And she’s perfect. So when you show that character has flaws and may not handle something well, it does interesting things to people where it makes them feel defensive. It’s an interesting reaction. We had so many conversations and I would add that dialogue to the characters during their arguments.” The result was a script that is timely and authentic. Ten, fifteen, or twenty years ago we’d be hard pressed to hear a conversation that used the phrase “performative justice” or “white fragility” but in today’s more open dialogue, these are important reminders of the work that still needs to be done.

Writing the episode was one thing, but being able to work with director and fellow Arrowversian David Ramsey (John Diggle on Arrow) was icing on the cake. “Ramsey is the joy of my life!” Tesfai says. “I love him. I was just texting with him right before this. Thinking in hindsight, so much of Diggle and Kelly is so much of Ramsey and me.” The two met when Tesfai initially joined Supergirl and more importantly than instantly hitting it off, Ramsey was sure to present himself as an ally. “He came up to me at an after party and was like, ‘I’m here for you. You’re entering this world, I got you. Here’s my number and when we get back to Vancouver let’s have coffee.’” For a couple of months before filming she and Ramsey went to dinner every Saturday and Ramsey shared priceless experiences and stories that helped him persevere.

“I tried to integrate that in passes of the script as much as I could. We have such a trust in each other and that made it easier. There are moments where you shoot scenes and they hit you really hard and you can’t come out of it. To have [Ramsey] there was the biggest blessing. There were so many nights where I’d get calls from him making sure I was okay and the same with J. [Holtham, the co-writer].” The episode itself is very emotional, but also very personal. Little cultural touchstones are sprinkled throughout which make the episode relatable to more than just the errant fanboy.

At the end of a long day, we see Kelly go home and she puts a headscarf on her hair. On her table are books about social justice including White Fragility by Robin DiAngelo. Later we see the unveiling of the new Guardian costume and it includes not only braids but gold accents, which is a nod to Tesfai’s East African culture. “We had discussions about whether people were going to understand the significance of someone putting on a scarf at the end of the night. Every time I see on TV where a Black woman crawls into bed with her hair out I’m like, that is not reality! So I got questions and found myself having to explain textures and oils and silk. I thought, If people watch this and ask those questions, then this is a good thing.”

The beauty of an episode like this is that even if die-hard purists balk at the pointedness of the heavier themes, it will still entertain them and it still fits in with the dramatics of the season so far. With Supergirl being in its final season, I do hope the other Arrowverse properties take note and allow for some risk-taking in their coming episodes.

“While we were filming, I was in my full Guardian costume and a little Black girl was staring at me like I was her version of Santa Claus,” Tesfai says. “I realized that she hadn’t seen a superhero that looked like her. It was such an immediate reminder that we all need our superheros.”

The rewards are definitely worth it.