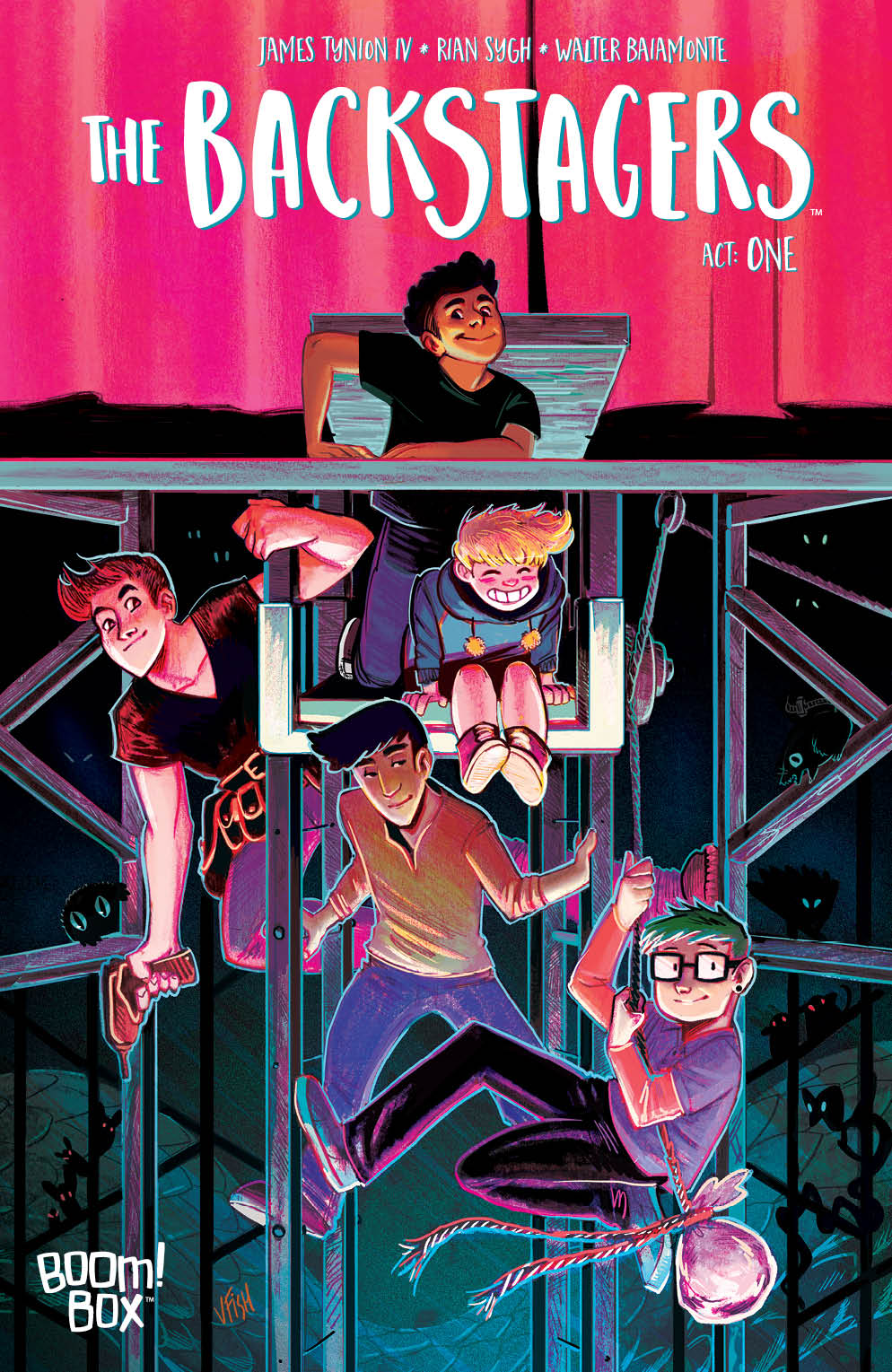 The Backstagers is an 8 issues series written by James Tynion IV with art by Rian Sygh out of Boom! comics. It follows Jory, a shy, socially awkward teenager who transfers into St. Genesius, an all boys school. In an effort to make his mother think he’s settling in, he goes to an audition for the Drama club. I instantly bonded with Jory. I spent a lot of my freshman year of highschool terrified of talking to people or drawing attention to myself in any way. Unlike Jory, I did not consider joining my school’s drama club.

The audition turns out to be more of a showcase of the current actors being pretentious (and not talented). Jory does not audition. He isn’t even asked to audition. Instead he is sent on an errand to the backstage area. This happens to be down a creepy staircase and through a dark hallway. Black kid alone in a dark place-this sounds like the beginning of a horror movie, the kind we don’t survive for very long in. Thankfully, this is not that kind of book. The hallway leads into a cluttered but pretty cool room.

In contrast to the actors who immediately wrote Jory off, giving him an order rather than asking for his name, the backstage crew immediately enlists his help. He’s brought into their group as a member rather than an underling. He is also brought into the strange world they inhabit. By strange, I mean there’s a door that leads into a magical and mysterious maze of rooms. After an adventure involving capturing weirdly cute but savage creatures, Jory decides to join the backstage crew. I mean, who wouldn’t? 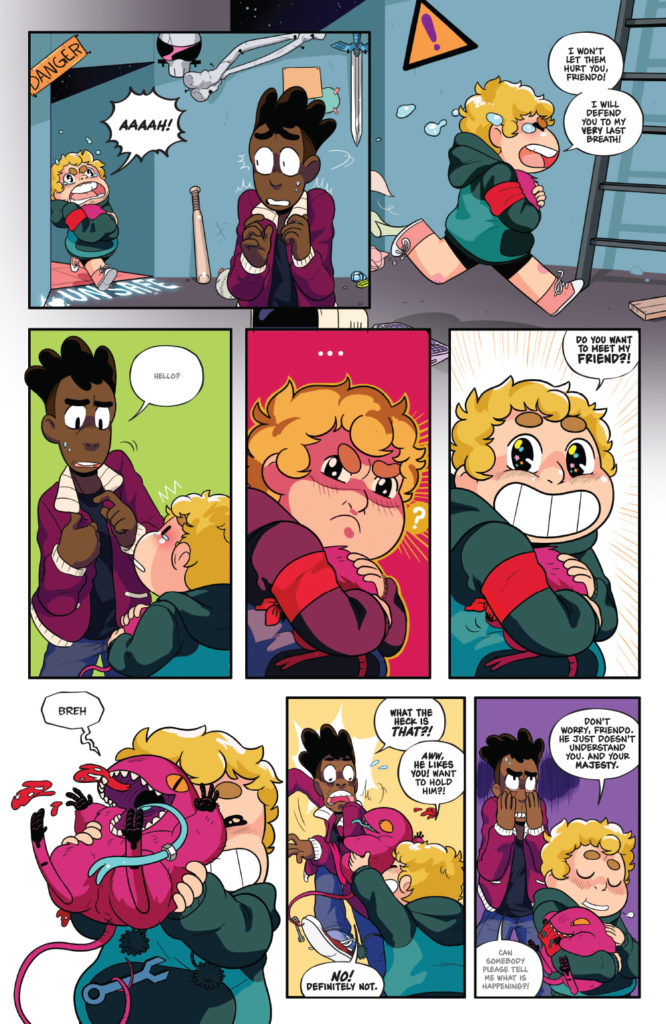 This is a book about a group of outsiders finding a place to belong. Most of us have been there at some point. It wasn’t easy being a fat, black girl obsessed with sci-fi and anime in high school. It makes finding that tribe of people you connect with even more special. This book also takes place in a world where being LGBTQ is normalized in the same way that being heterosexual or cisgender is in our world. Jory begins a relationship with another boy on the crew. One of the members is transgender. These aren’t treated as shocking or addressed negatively.

There’s this idea that media for all ages and LGBTQ media have to be mutually exclusive. As if featuring characters that aren’t straight or cisgender automatically makes the work about sex and therefore inappropriate for children. Look at the controversy that surrounded Princess Bubblegum and Marceline being a couple in Adventure Time or Korra and Asami in the Legend of Korra. Of course, all of that goes hand in hand with homophobia, transphobia, and establishing at a young age that something is wrong with being any of those letters. This kind of representation is important for young people who often feel othered and are told that something is wrong with them by media and/or those close to them.

In addition, this book is an example of representation on the page and off, something we frequently ask for and rarely get. The writer is bisexual and the artist is transgender. I was drawn to this book for the cute concept and vibrant art. It was a pleasant surprise to find out that the main protagonist is a queer person of color. I highly recommend picking it. We’re all going to need media that makes us feel good in the upcoming days.