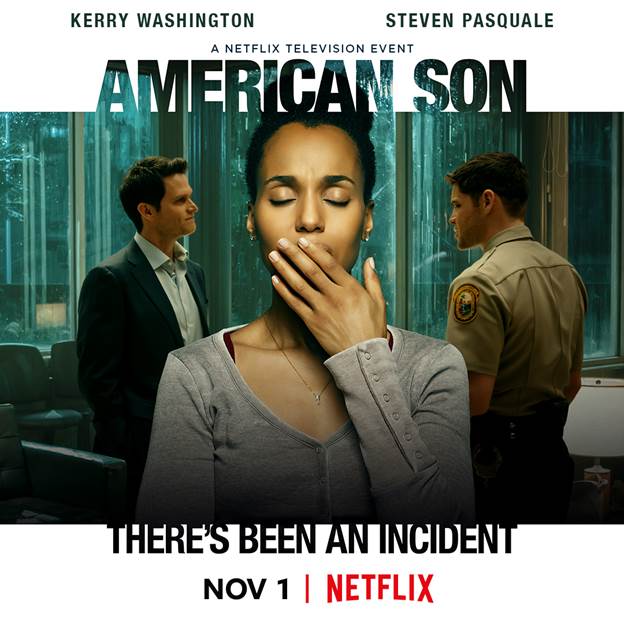 Based on the acclaimed Broadway play, the Netflix Television Event American Son tells the story of Kendra Ellis-Connor (Emmy-nominee Kerry Washington), the mother of a missing teenage boy, as she struggles to put the pieces together in a South Florida police station. Steven Pasquale, Jeremy Jordan, and Eugene Lee also reprise their roles in the adaptation which presents four distinct viewpoints, while also navigating the unique dynamic of an interracial couple trying to raise a mixed-race son.