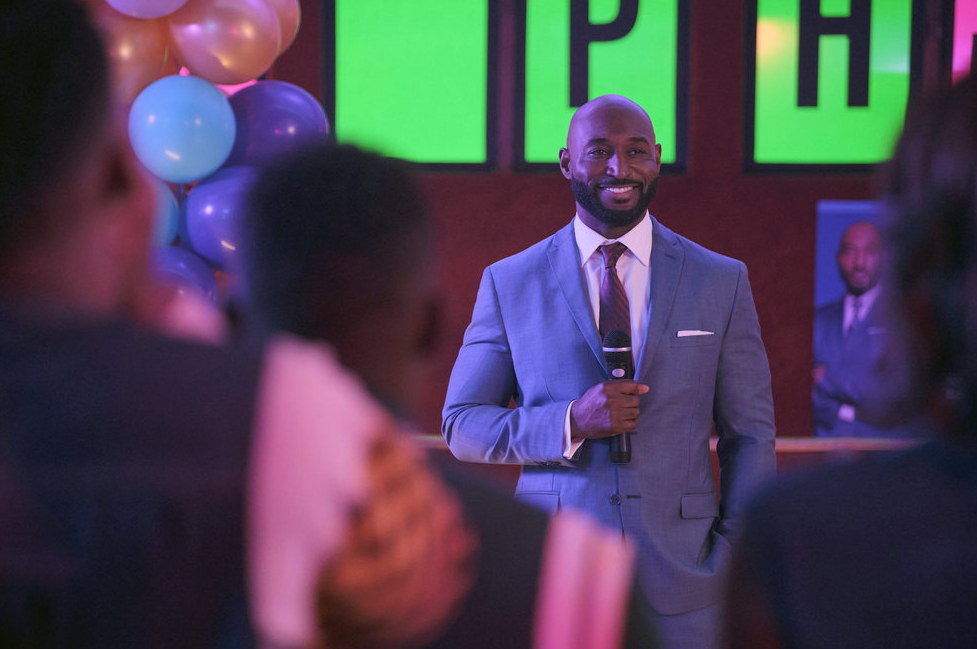 Peacock’s Bel-Air is a reboot series that perfectly reflects our time. Veteran actor Adrian Holmes (Arrow) plays a debonair version of Uncle Phil that brings a fresh perspective on this iconic character. BGN spoke with the actor via Zoom about his exciting new role.

What was your approach to playing modern-day Uncle Phil?

I just try to be as authentic and truthful as I possibly can. As actors, that’s what we have to do with any character we play. That was my M.O. [modus operandi] going into this. Respect to the great James Avery. [the actor who first played Uncle Phil], I look at this as a kind of tribute to him. I want to make sure that he is honored and celebrated. I think if he were alive today he would be applauding us as well. We’ve gotten a lot of love from some of the other OG’s from the original show. We address a lot of issues that are relevant to today without shying away from anything, which is what the original show explored as well, with laughter and comedy. We are a one-hour drama so we’ve got a much longer runway. We can peel back more layers of the onion.

What would you say is Uncle Phil’s biggest challenge making the decision to bring this Will into his family?

In the original sitcom, the stakes weren’t as high. Will got in one little fight. But with our show, it wasn’t a little fight. It was a very serious altercation that put Will behind bars. Phil had to go out of his way and move mountains to get Will out. Phil is running for district attorney, so if word gets out it can affect his campaign. So he has to really be mindful of keeping things as hush-hush as possible. As the family patriarch, Uncle Phil has to be the rock, that pillar of support, that voice of reason, that moral compass, not only Will but for the rest of the kids and Viv. I also feel that Phil sees a lot of himself in Will because Phil came from humble beginnings.

You’re making me think about the entire father-son-nephew paternal love triangle as Will inadvertently challenges Carlton’s status in the family.

Will and Carlton are from two completely different spectrums. Bringing them together to coexist is basically oil and water. I think that Will is what Carlton aspires to be but never can be. Carlton has a bit of jealousy of the freedom that Will has. Will is just so fearless, unapologetic, and comfortable in his skin. Carlton admires that freedom but doesn’t really express it, and he wrestles with that. Carlton, even though he’s the popular one with his friends, knows underneath that there’s something that is not right.

I see Carlton’s drug use as a side effect of him having to cope with the pressure of being one of the few Black kids in this private school and not being able to have a connection with his dad.  I don’t think Phil realizes what Carlton’s going through.

Definitely. We know that Carlton suffers from anxiety, and taking drugs is his coping mechanism. Spending time with your kids really is important to prevent your children from going off the rails. Phil is so campaign-driven, so career-driven that he neglects quality time with Carlton, Hillary, and Ashley. Viv and Phil are so busy, and Carlton basically is just in the house to sleep and eat breakfast. He’s gone the rest of the time. He spends more time with his friends at school than he does with his parents, so he can get misled. Well, down the road, you’ll see what happens.

Bel-Air reflects the community care that Black folks have always offered, which made me feel an immense sense of pride watching the first few episodes. What’s the community like on set?

One hundred percent, you hit the nail on the head. I have been so impressed wholeheartedly with just how much of a family this show has been from day one. We have a lot of love and appreciation for each other, and that chemistry comes to light on screen. It’s so palpable on the screen, and that’s what makes it so magical. We just had a wrap party last night, and we were all so emotional. We’re blessed to be coming back for a second season, but this hiatus, it’s going to be weird not seeing each other’s faces every day for a while. We’ve been with each other for the last six months.

You studied nursing before becoming an actor. Are there any aspects of your time training to work as a nurse that has been beneficial in your career as an actor?

Nursing humbles you and puts things into perspective. I don’t complain about anything. I realize every day how blessed and how fortunate I am to be able to take care of myself. To wake up in the morning and brush my own teeth, put my clothes on, make food, have dexterity in my hands — I am grateful for all those little things. I cared for regular people who had car accidents or recreational injuries. It could be any one of us anytime. So that puts things in perspective for me to just be present, to be in the moment and enjoy life and enjoy everything that we have in the here and now — to be more grounded, present, and grateful for my life. I put that energy into my work as an actor for sure.

At this point in my career, being a part of this well-received show that’s on such a huge platform brings me joy. The reception we’ve had, the impact that we’ve had, is a blessing. I feel like this is a new Black Renaissance. It’s like this show is a movement. We’re really affecting the narrative of Black storytelling in a positive way, and I’m just so grateful to be a part of this legacy.