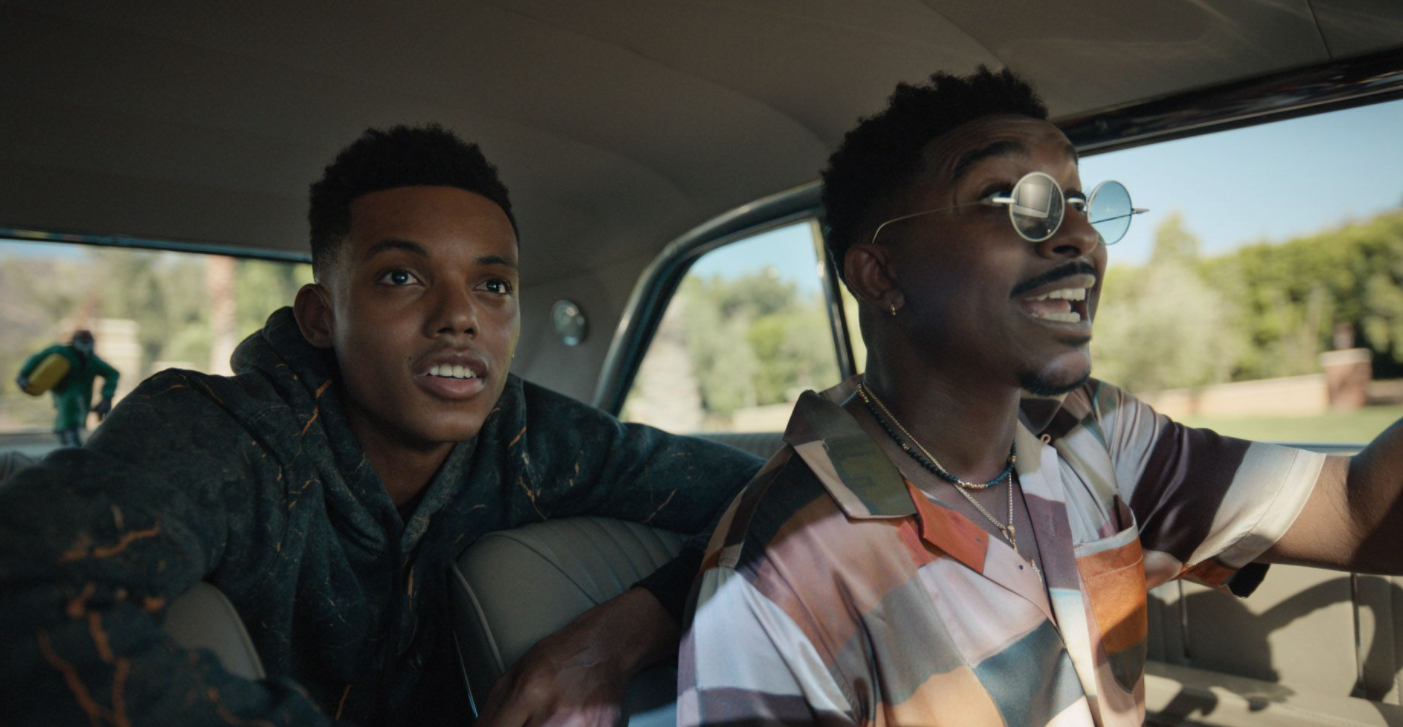 March 10, 2019, filmmaker Morgan Cooper uploaded a trailer called Bel-Air onto YouTube. The trailer was for a dramatic version of the 1990s TV show The Fresh Prince of Bel-Air in which the audience sees why Will’s mother sent him to L.A. to live with his uncle.

The trailer went viral; Will Smith (the producer/actor, who of course played Will on the show back in the day) saw it, loved it, and got involved. On September 8, 2020, Smith announced on his YouTube channel that his team closed a 2-season production deal with NBC’s streaming service Peacock for the hour-long drama.

Smith said that in his thirty years working in the entertainment industry he’d never seen that kind of enthusiasm for a pitch. The series premiere of Bel-Air is on Super Bowl Sunday, February 13, 2022. That’s incredible.

Bel-Air is an inspiring reflection of the interconnected power and joy-based resilience that is Black America. I really liked The Fresh Prince of Bel-Air, but I stopped watching the sitcom when the first Aunt Viv (Janet Hubert) left the show and was replaced by a light-skinned Black female actor, Daphne Maxwell Reid. Hubert was such an inspiration to me that I couldn’t bear to watch the show when she was gone. After her departure, even with his remarkable talent, I never quite felt the same about Will Smith. But after witnessing the majestic glory that is Bel-Air, Smith has redeemed himself in my heart.

Director/co-writer Cooper of the original viral trailer co-created an hour-long drama based on the sitcom that honors the original work while transforming the well-loved broad comedic characters from The Fresh Prince of Bel-Air into nuanced fully layered individuals. The spectacular writing instantly drew me in — from the first second, I was hooked. The opening image is a love-at-first-sight experience of the new Will Smith (Jabari Banks), and the opening montage clearly defines the world of Bel-Air.

Will’s West Philadelphia story is told in the first three minutes and thirty-seven seconds and offers crystal clarity on why Will loved and thrived in his old neighborhood. Not only is he beloved by his mother Vy (April Parker Jones, Jericho) and his best friend Tray Melbert (Stevonte Hart, Queen Sugar), but his friends, teachers from the school, and even his next-door neighbor have got Will’s back as he strives to be the best student-athlete he can be. As Will thrives as the Prince of West Philly, of course, there are haters who want to see him fail. We really feel the impact of Will being torn away from his friends during his junior year. The audience is able to witness the love that working-class Black communities have always invested in one another.

It’s exciting to see how this new generation of filmmakers, who have grown up with cameras as a part of their external DNA, bring a distinct clarity and rhythm to storytelling. The story of “the Fresh Prince” is grounded in the reality of Black communities that is not binary. Black folks invented the proverb “It takes a village” because we have always had to pool our resources and create multifaceted strategies in order to exist in an America that has traditionally used our resources to build wealth for the few.

Bel-Air also gives us a vibrant spectrum of cisgendered straight Black male relationships and interactions that reveal fully fleshed-out humans who are imperfect as they navigate their way through this world. Bel-Air is a wonderful creation of this time when there are Black people behind the camera and in the writers’ room who share the diversity that exists within “Blackness.” I wanted to hug the casting directors and directors for placing dark-skinned Black actors as the wealthy Banks family. The vision of  Aunt Viv (Cassandra Freeman, Atlanta), Uncle Phil (Adrian Holmes, The Cabin in the Woods), Carlton (Olly Sholotan, Run Hide), Hilary (Coco Jones, Let it Shine), and Ashley (Akira Akbar, Captain Marvel) standing together on their mansion’s opulent veranda overlooking their back lawn as Uncle Phil gives a speech brought me so much joy.  We rarely see an entire dark-skinned Black family on television portrayed as the “Black excellence.” I love that the shades of brown in the Banks family are deep rich hues that are expertly lit. The actors all look spectacular.

Newcomer Jabari Banks is fantastic as Will Smith. He’s the perfect amount of teen-boy gorgeous, not afraid to be a little goofy with a whole lot of swagger, which made the Fresh Prince an icon. But Jabari Banks makes the character even richer with his unmistakable craft as an actor. It’s so much fun watching him tear up the basketball court. The basketball sequences are some of my favorite scenes in the first three episodes.

Everyone in the cast is fantastic, but the standout for me was Carlton. Of everyone in the original cast, Carlton, the Black conservative, always intrigued me. The infinite layers of dynamic complexity Olly Sholotan brings to Carlton left me simultaneously wanting to hug and slap this young man. In Carlton, the audience gets to see the real-time unexpected consequences when his parents bring his cousin, who is essentially a stranger, into his world. Carlton is a popular kid, but what does he have to do to be a popular Black kid in this environment? Bel-Air doesn’t shy away from the toll maintaining his status in a majority-white elite private high school takes on Carlton. Through Will and Carlton’s relationship, we see an examination of caste, class, and social standing within the Black community that I know will provide rich conversation and debate on Black Twitter after each episode.

I can’t say enough about Cassandra Freeman and Coco Jones as Aunt Viv and Hilary bringing in the intergenerational drama of a daughter ready to spread her wings and a mother yearning to help shape those wings. I’m also excited to see Viv’s storyline develop as a wife and mother from a position of privilege. I love that it’s clear early on that even though Viv and her sister Vi haven’t been close for years, when Vi needs to keep her son safe, without hesitation Viv and Phil bring him into their home. This is who we are.

Kansas City native Morgan Cooper is self-taught. He bought his first camera from Best Buy when he was a teenager. But he’s never been alone on his journey. Every person he’s worked with on all of his previous indie film projects he’s created and been involved in are a part of manifesting this show from an idea into reality. Bel-Air reflects on both sides of the camera that authentic “Black Excellence” is a dazzling mosaic of Black people practicing community care and supporting one another’s talent.  Don’t miss Bel-Air — the first three episodes are phenomenal.  Now I gotta figure out how to get Peacock.