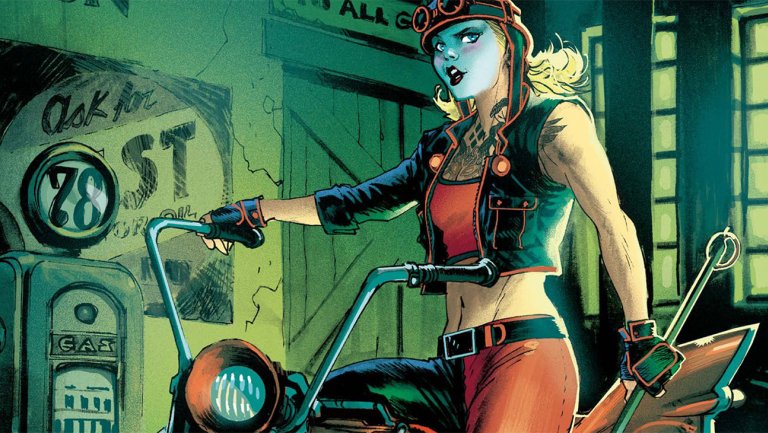 GOTHAM CITY GARAGE is a new Digital First series is based on DC Comics’ series of collectible statues.It can be found on comiXology for 99 cents an issue.

In this first issue, we learn about Kara Gordon’s life in a utopia known as “The Garden”, the last city on Earth, protected by the benevolent leader, Lex Luthor. The city itself is covered by a protective dome with a red sun shining down on its citizens.

Kara’s skills are used to keep citizens in line, another cog in the machine. However, her heart is often filled with dreams of Wonder Woman.

Although it is a very short issue, it makes you interested in the full story and wanting to read more.

Kai Charles is a Medical Professional,  Jedi Hopeful, and Independent Book Reviewer at Fiction State of Mind. You can also find her on Twitter @yogikai , tweeting about all things relating to Books & Geek Culture. Blog link: fictionstateofmind.blogspot.com