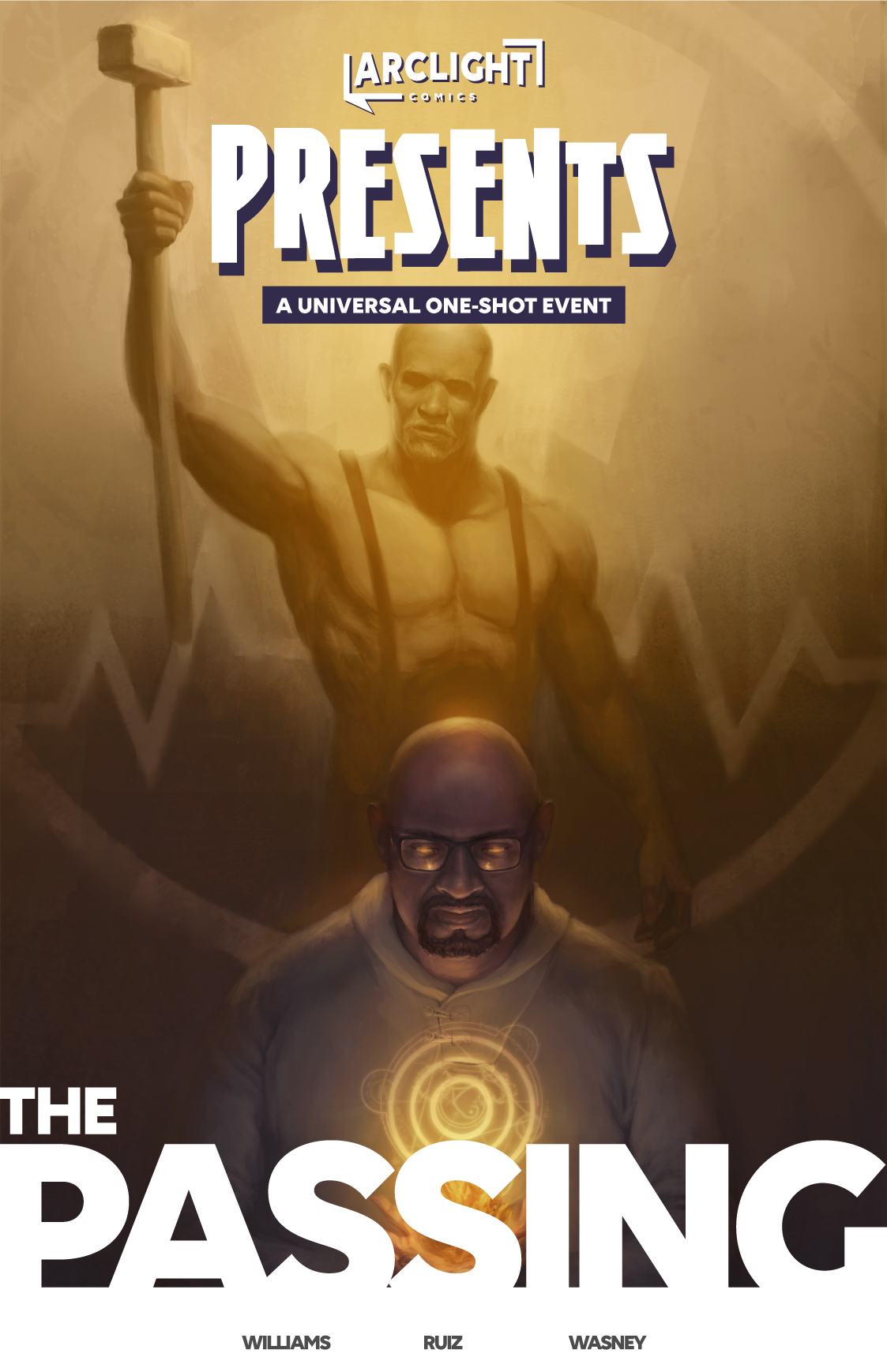 You know for every generation there is villainy to overcome. For us as African-Americans, the vestiges of slavery, the civil rights struggles, and now the age of passive racism haunts us. While the majority community’s heroes come from the values of the creation of a nation either through hard work; or making, defending, or building it with science, our heroes seem to come from the tragedy of those selfsame experiences. However, in the creating of things, there is always hope. A promise of things to come. The founders of the Arclight Comics are debuting their first issue, which follows their diverse cultures and interests and is meant to explore the idea of the price of power. 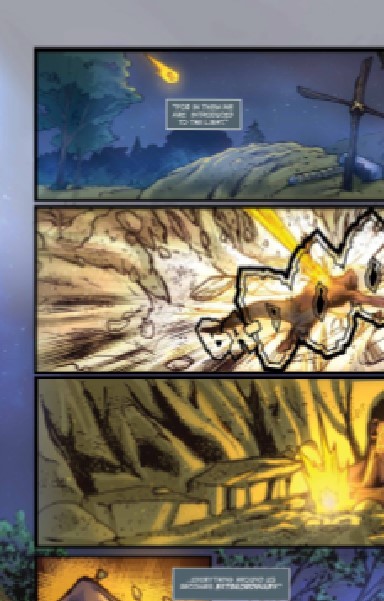 This issue of The Passing is well-drawn, by Miguel Angel Ruiz and drips with color done by Tim Wasney. I have to admit I got lost in the beauty of the cover, so it took some prodding for me to recognize the Charon theme going on. For those of you, like me, whose Greek mythology remembrances consist mainly from bastardized movie-lore, Charon is the ferryman. Charon’s fate is to transfer the deceased from the land of the living, across the river Styx to the land of the dead upon payment of an obol or coin.

However, the second page disabused me of this notion as my ferryman turned out to be John Henry holding a hammer not a ferryman’s pole. John Henry was a steel driver for the railroads. His days were spent beating a stake into the ground so explosives could be placed to help clear an area for the railroad. The story starts with the crashing of an asteroid, some alien monsters, and a discussion of evil against the backdrop of strange fruit hanging from the trees in Mississippi. 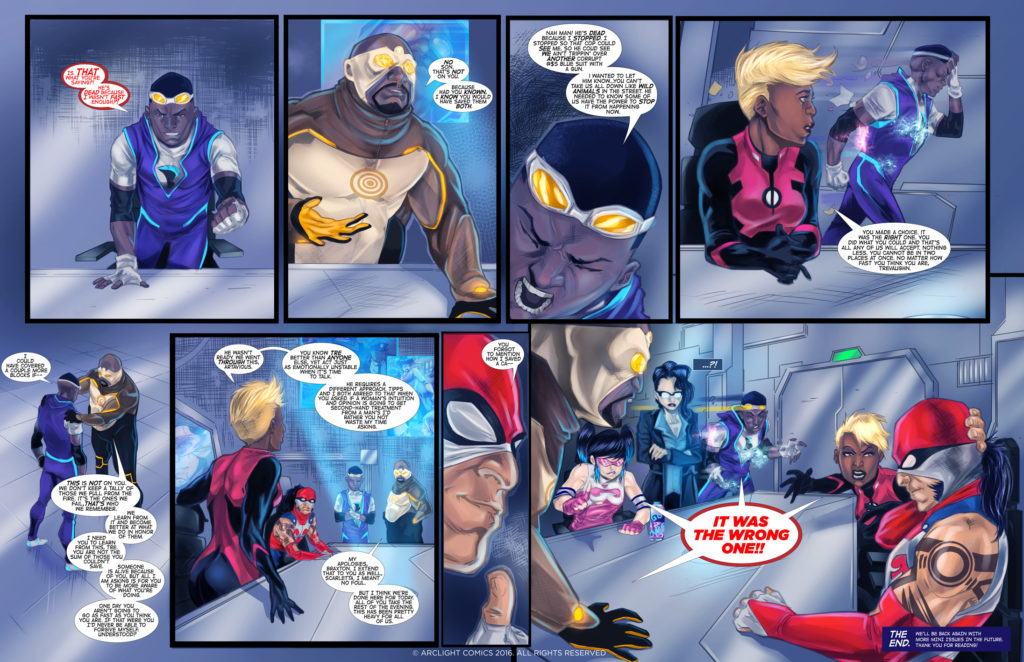 The story advances by following, I believe, the pieces of the asteroid and/or the alien monsters through interactions with fictional heroes, and then transitions to Africa and then to a scene with two black male college students in America being stopped by police. Is this issue meant to be an origin story of a hero, the introduction to one, or the backstory to the villainy that will stalk the Arclight Universe, I’m not sure. There are mini-issues from Arclight Comics highlighting what seems to be a new and diverse team, ostensibly being led by a character in The Passing.

Potentially, an assemblage of multiethnic fictional heroes’ descendants could follow the trope of an X-Man, Justice League, or Leauge of Extraordinary Gentleman, but we’ll see. Another question is will what’s special be that the team is a diverse rerun of other teams, or will the merging of their diversity into a successful team be what’s special? I am hoping for the latter.

In Ecclesiastes, there is a much-quoted saying “[t]o everything there is a season and a time to every purpose under the heaven.” Issue 0# of The Passing is available now on Comixology, but I would hold out and wait until the team book is issued in the future; as I believe on its own, The Passing is a story that takes you to a city street with an abrupt end and no way but back. However the mini issues have promise, especially with the inclusion of one particular character, so I will be keeping an eye for the first full offering from Arclight Comics. 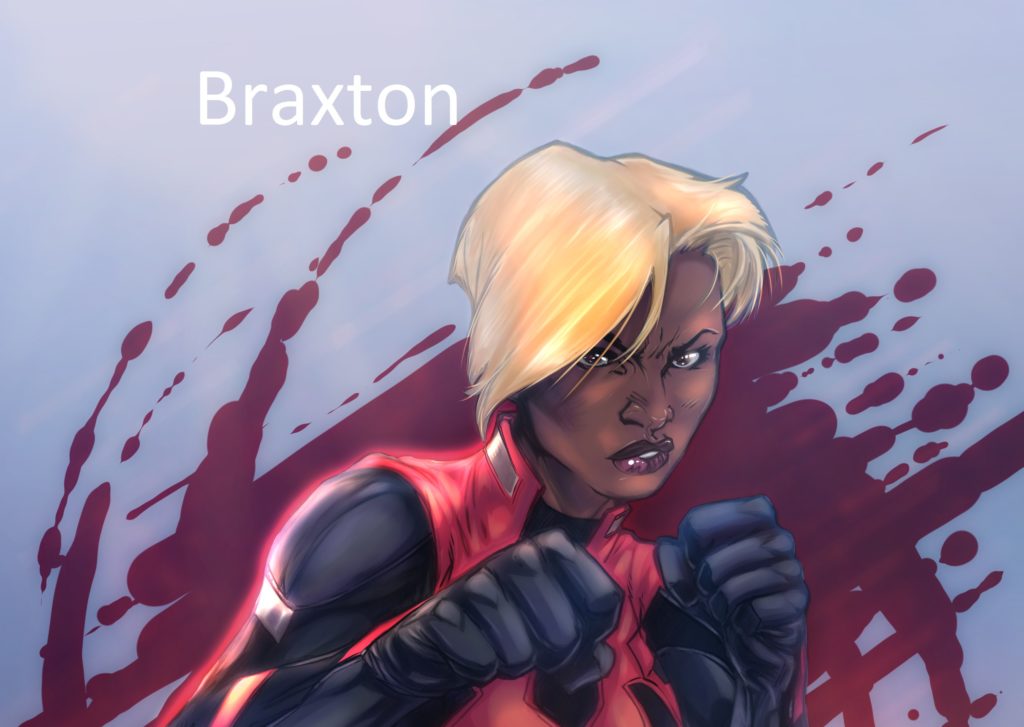