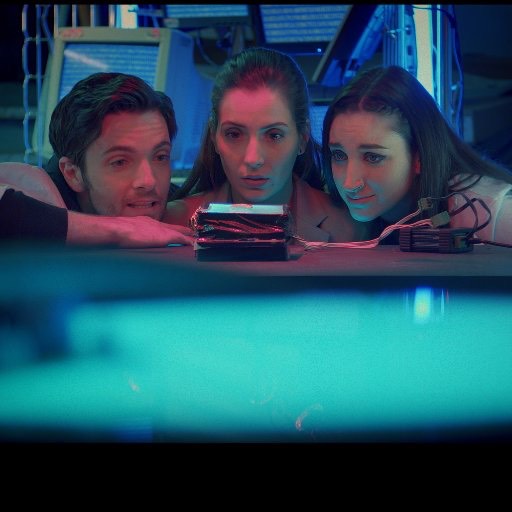 The dark science fiction film Anti Matter (2017) opens with Ana (Yaiza Figueroa) going through her day immersed in her calculations for an unknown experiment. The mundane visuals of Ana’s daily life are narrated by the monotone recitation of research outcomes in a montage that gives the audience a sense of the drudgery and monotony that her life has become. We practically welcome a change in routine, when Ana makes her big discovery—that she can move matter using electricity and an algorithm. The rest of the movie seem like a quest to get back to this monotonous life she originally had, like the memory of it is a warm blanket she can’t wait to get back to.

Ana shares her life-changing discovery with her colleague and crush Nate (Tom Barber Duffy). Together, they figure out that the matter isn’t disappearing, but moving through a wormhole. They experiment with small items and grow closer together before computer coding genius Liv (Philippa Carson) is brought in to see how big they can make their experiment. Liv super-sizes the thing, eventually making it big enough to transport her aunt’s cat through the wormhole, and then an entireperson…but Ana draws the short straw. They are all excited when the experiment day comes. Nate kisses Ana for the first time just before she successfully teleports, or phases, a few feet. Everyone is ecstatic, right before Ana’s world collapses.

First, she feels like something is “off” or missing about herself, as if she’s lost something—maybe her soul? Then, she thinks people are after her. A person in a monkey mask, maybe, or could it be Nate and Liv out to steal her research? She can’t tell. All she knows is that a change occurred, and that Nate and Liv are acting very odd. They are treating her like a child, keeping her locked out of her own lab space, and even repeatedly telling her that they have gone over certain conversations before and that she must trust them. Even her mother, who Ana talks to throughout the movie, eventually asks for a password before moving forward in a conversation. 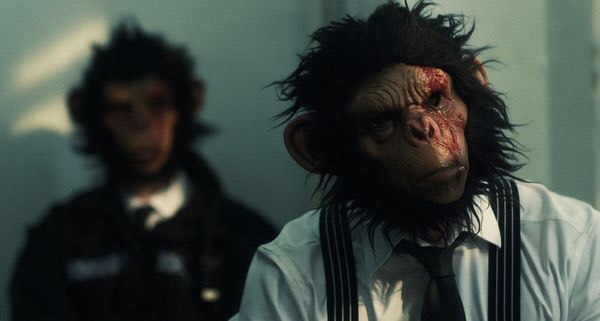 Anti Matter begins like the 1989 version of The Fly, but ends up being more like Enemy of the State, as a scientist’s teleportation experiment goes wrong. She’s left scrambling to get her life back in place, while struggling in a seemingly new reality. A reality where everyone is watching you, so no one can be trusted.

Writer/director Keir Burrows places the characters in the old alleyways and streets of Oxford University, which gives a gothic feel to this thriller, making the scenes where Ana is being chased or just roaming aimlessly feel more ominous than they ultimately need to be. In fact, the actors do a very good job of playing off of Ana’s delusions, with Liv annoyed and exhausted and Nate caring yet at his wits end. They help build up the plot so that when Ana does get answers, the truth leaves the audience expecting and, worse, wanting a more significant resolution.

The pacing of the film falters at times, with two additional storylines added to accelerate Ana’s paranoia, only to be lost after the reveal. Dropped plotlines, along with pacing issues and a lackluster ending, makes Anti Matter a film for casual thriller and sci-fi fans. The scares are mild and so is the violence. We could very well call this sci-fi in training wheels.

Anti Matter released September 8, 2017, and can be found on Amazon Video, VUDU, and YouTube.