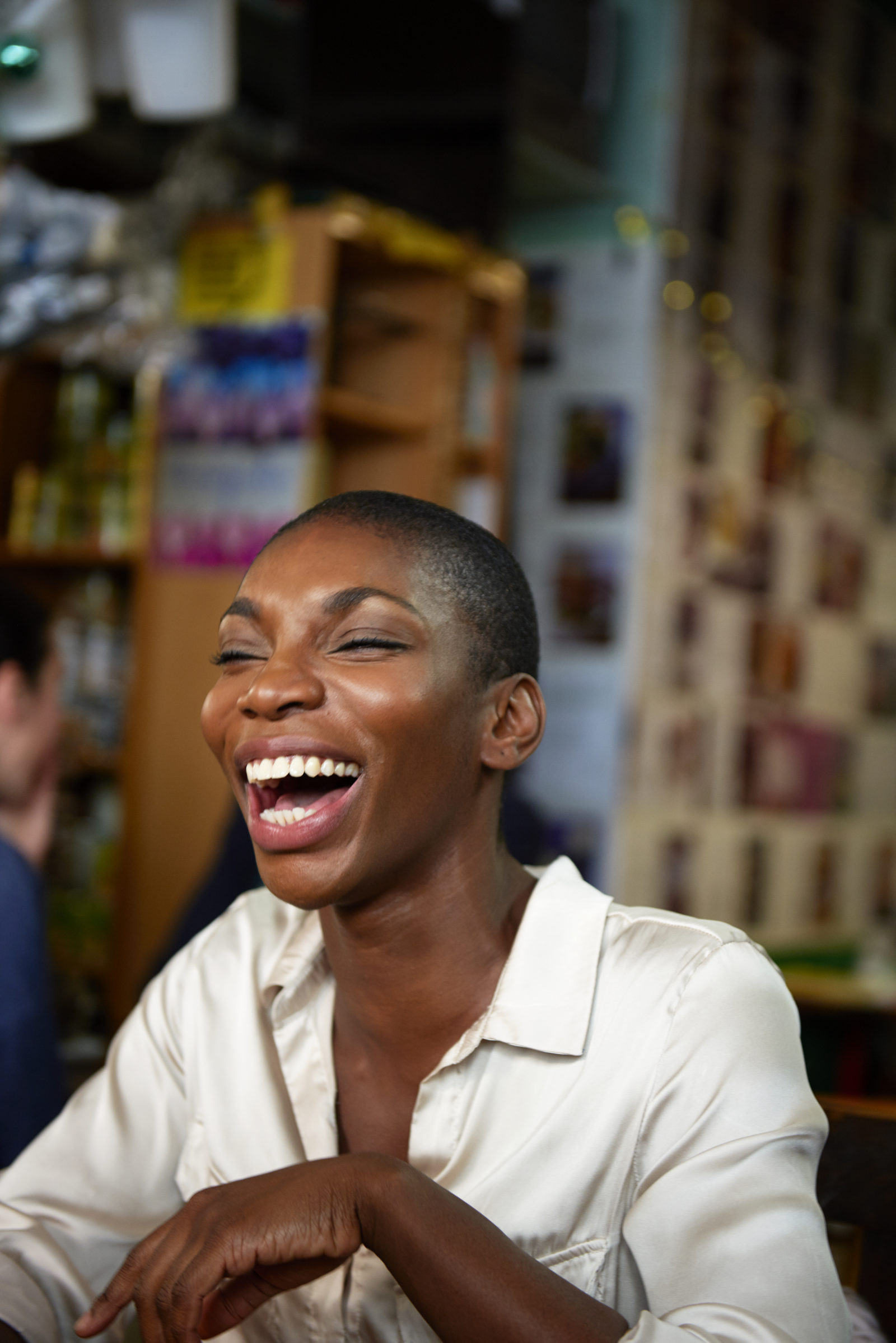 Michaela Coel is running on all cylinders at a pace that it is unstoppable. The actress who many of us Americans have all come to know and love in large part due to her successful series Chewing Gum — is one of those starlets we just can’t get enough of.  The English actress should be considered a Netflix darling at this point, from shows such as Chewing Gum, Black Mirror and Black Earth Rising — her latest is the feature film musical rom-com Been So Long directed by Tinge Krishnan.

And let’s just say that Netflix was pretty serious about worldwide rights to this soul/funk musical adaptation of the same name. Been So Long is Netflix’s largest acquisition of a UK film in history. Expectations are set pretty high for this title, so was it worth the multi-million dollar deal?

Been So Long has the best of intentions, but unfortunately doesn’t quite hit the mark in delivering the charisma, charm, and passion one would expect from a story like this or from its impressive cast. There are aspects of Been So Long that I did admire, and I will discuss those things later on, but to be completely honest, this movie itself is just a bit too lackluster for my taste. As a showtunes geek and super fan of Michaela Coel, I was sorely disappointed.

I’m giving this film a pass because the leads are what make the movie, everything else around them needs a bit more work.

Camden Town in northwest London is the backdrop of this story about a single mother named Simone (Michaela Coel) who meets a beguiling and handsome stranger (Arinzé Kene). Actor Arinzé Kene played in the original Young Vic stage production — and reprises his role as Raymond.

Simone is a wounded soul, who is very guarded. She also keeps her disabled daughter on a tight leash. She’s a bit of a prude, conservative, and mostly a recluse who prefers spending time at home. Her sister Yvonne (Ronke Adekoluejo) is the polar opposite. Yvonne is a free-spirited sexually autonomous woman who pushes Simone to enjoy life and find a man to stimulate her mind, (mostly) body, and spirit along the way. The two are like night and day, and in one of the best musical numbers in the film — “What You Sayin?” — the duo is musically connected in such a beautiful and humorous way. The hip-hop song reminds me of something that could be a remix to a Nicki Minaj single.

“What You Sayin?” is one of the early musical numbers in Been So Long that hits all the right notes out the gate. Raymond and Simone have this supernatural energy between the two of them that permeates through the screen. The on-camera chemistry between Coel and Kene is spectacular and while their story is the anchor to this film, there are subplots that surround the couple that slowly begins to compromise the love brewing between them.

I am grateful for the split-screen scene of Simone and Raymond after an evening of a passionate tryst, where we see these two singing in the shower. Arinzé Kene will earn some new fans after seeing a very wet and very half-naked Raymond. His shimmering bronze-colored skin with firmly formed pecs makes the scene worth watching more than once.  Thank goodness this is on Netflix.

A Waste Of MacKay’s Talent

Throughout the film from beginning to end, Raymond is being stalked by a deeply disturbed young man named Gil (George MacKay). Sadly, this seemed a bit of a waste for MacKay who did such a phenomenal job in the romance drama Where Hands Touch, that premiered this year. The film doesn’t address if Gil suffers from some sort of mental illness and we’re left to assume that maybe his bizarre behavior is simply a comedic device, but his role obstructs a bit of the romantic flow between the two leads.  I get the fact that this is supposed to play out in a Romeo/Juliet-star-crossed lovers kind of theme here, but it just doesn’t work.

Perhaps what could have played better as a tool to thwart their relationship, was the baby daddy story arc between Simone and Kestrel (Joe Dempsie). I couldn’t help but wonder while watching Dempsie in this is, “what the heck is Gendry doing here, shouldn’t he be in Westeros?” The Game of Thrones star plays the role of the estranged father to Simone’s daughter and things get complicated when he pops back into her life striving for a second chance at fatherhood. The complexity of that relationship paralleled with Simone and Raymond could have made for a better story arc, but perhaps comedically and on the contrary even dramatically, it may not have been as interesting.

Gil seemed to be a character worth having in a story, but in this one — it doesn’t quite fit the bill.

Not Exactly A Star Is Born, But Good Enough

With respect to musical performances, don’t expect A Star Is Born levels of vocal range here since some of the actors featured don’t exactly have the chops to sing power ballads. There were times when some sang a bit off-key (not sure if it was intentional or not), but the cute and quirky nature of the film makes these minor flaws forgivable.

It’s unfortunate but the film didn’t quite hold my interest and I found myself mildly distracted during its runtime and had to do a rewatch.  I’m not certain if it is because the story is kind of all over the place or that there wasn’t enough screen time devoted to our romantic leads. The romcom tropes rear its ugly head in this flick too. As much as I liked the singing bartender Barney (Luke Norris), it seemed super cliché that he’s lovesick for Simone the whole time and she never knew it.

In spite of its shortcomings, Been So Long does illuminate the brilliance of Michaela Coel’s comedic genius and stunning vocals as well as introduce us to Arinzé Kene who executes a spectacular performance that is one to be remembered. It is the synergy between these two actors that save this movie and reminds us all how beautiful Black love can be.

Been So Long premieres Oct 26th on Netflix.