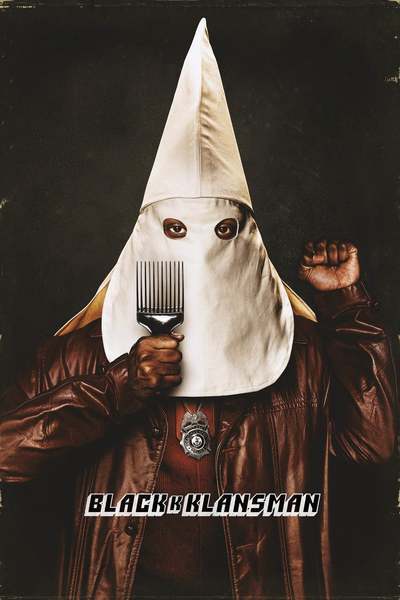 There is no way to properly prepare for a Spike Lee joint, especially one like BlacKkKlansman. I learned a similar lesson when I was a teenager sitting down to watch Crooklyn for the first time. What I expected was the story of a girl and her family growing up in the city. What I got was laughter, tears, anger, and something else I was unsure of for while afterward. That viewing was a complete assault on my emotions, and it sent me running to bed in tears.

BlacKkKlansman is no different. Based on a true story and produced by Jordan Peele, the film has all the appearances of a funny tale. A Black police officer named Ron Stallworth (John David Washington) duped David Duke (Topher Grace), Grand Dragon of the KKK, into granting him a membership and a leadership position. The film ended up being so much more, however. The most important point from all of it is that racism, as we know it today, is largely unchanged from the racism of the 1970s. 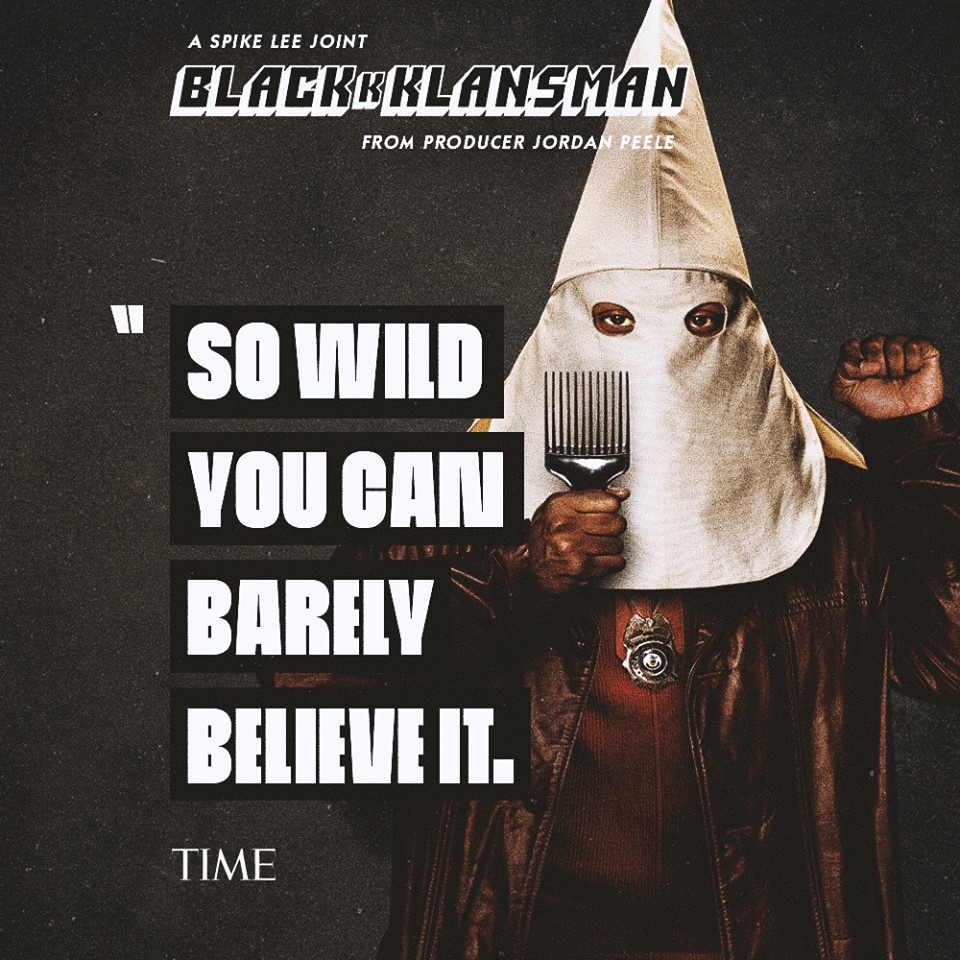 For once, a film about racism in America does not begin with the arrival of the first slave ships. It never enters the fields of the big house. No, it starts at the Civil War. A White woman who looked like she was auditioning for the part of Scarlett O’Hara in Gone with the Wind stumbles through a field of bodies, looking for and shouting hysterically for someone named Mr. Mead. The bodies all seem to be male and White. I didn’t get a chance to fully confirm this before the next scene took over.

Enter the man who portrayed and mocked the President on Saturday Night Live, Alec Baldwin. He is playing an equally shady character in BlaKkKlansman, who seems to be making a propaganda film supporting the tenets of the Klan, using what looked like scenes from A Birth of a Nation to bolster so many of his falsehoods and assumptions. One of these falsehoods is about the greatness of America during the time of Scarlett and Rhett, with folks sweeping down staircases and wearing clothing that required two and three people to put on. This all should start sounding familiar (think red caps and MAGA).

Instead of taking us further, Baldwin’s presentation gives way to a room in the film’s present, the early 70s. It’s an interview with a Black man named Ron Stallworth, the police chief Bridges (Robert John Burke), and another Black man (Isaih Whitlock Jr.) who is in the administration of the force (and probably called down because they discovered Ron was Black only after he walked through the door). Their exchange is a code-switching gambit that sets up the way in which Ron dupes the Klan–with his Sorry To Bother You White voice. 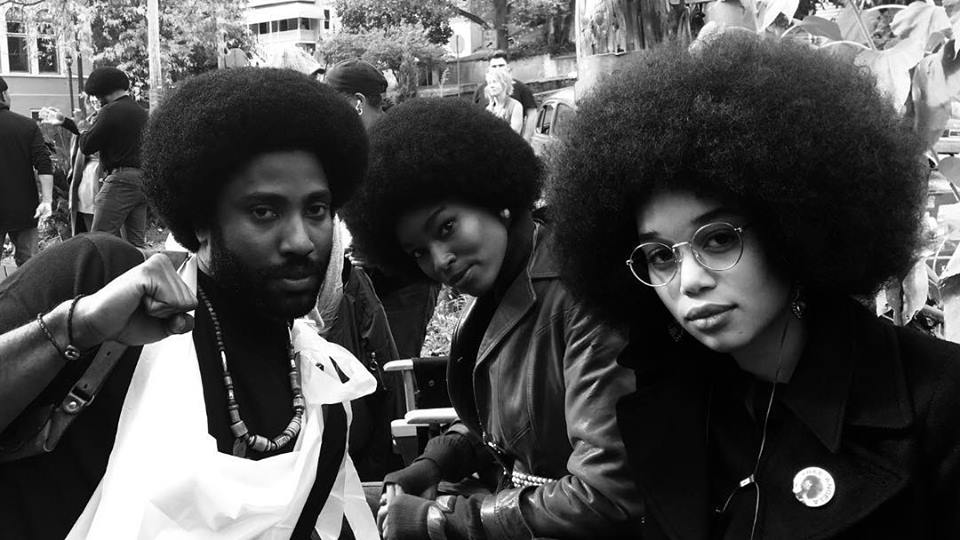 Ron’s character actually seems to stumble upon and accidently encounter the rest of his accomplishments in the film. By the time we get to the meat of the movie, it’s hard to know if he did it because the KKK was so stupid or because Ron just “happened upon” the right info. He works his way through the system until that fateful day depicted in all the trailers–where he read about the KKK in the paper and just called them up for a chat.

These opening scenes hold the key to watching and absorbing the multifaceted message that BlacKkKlansman is charged with delivering. The opening centered Whiteness for a reason. Racism is always perceived to be triggered by or facilitated on the centering of non-White people– to seem like Brown and Black people create and/or deserve racism and all the ills it has become.

BlacKkKlansman shows that Black people seeking equality and civil rights did not create racism or the current hate leader, Trump. White people who blindly believe films like A Birth of a Nation to be true, who fantasize about romping with Rhett and Scarlett on the pre-Civil War plantation–those are the people who gave us Trump. They also spawned White nationalism, weaponized Christianity, and hid all the nuances of hate under arguments against housing, food, immigration, unionizing, and medical care for the poor.

These messages are scattered throughout the film in various ways. Ron’s boss basically tells him how David Duke planned to run for public office and then will work his way into the Oval Office where he could do the most damage. However, the exchanges between Felix, the KKK member, and his wife also crack open themes of White fragility, the commiseration of White Women, and the eagerness with which the women targeted Black women. And this was in a time (the 1970s) where sexual assault, wage inequality, and education disparities were at their peak for all women. Solidarity is always an afterthought. 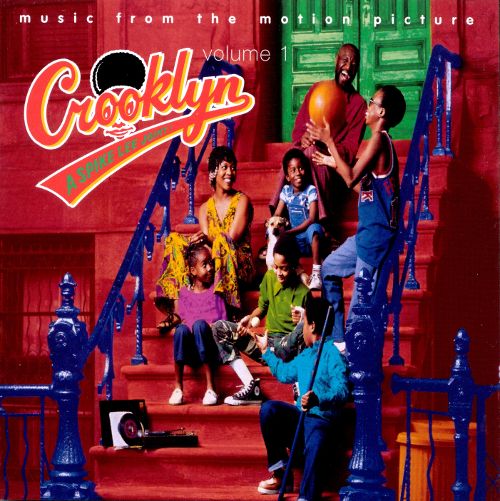 Just as he did in Crooklyn Lee creates opportunities for such messages in the way he jumps shots and juxtaposes images and scenes. In doing so, he forces the audience to stay riveted to the screen for fear of missing something. For example, the positioning of the American flag next to the Confederate one is a symbol I saw throughout. It came up so often that I expected someone to jump up behind me and White-splain how the Confederate flag is history and doesn’t stand for racism.

Similarly, the most riveting scene has Harry Belafonte as a lynch mob survivor, telling his story in a gripping monologue as the camera kept jumping to the inception of White Ron (Adam Driver) into the group. The juxtapositioning is chilling and works to remind us that the KKK members playing the loveable idiots were just the latest in a long line of very evil, violent, dangerous men.

Like my favorite Crooklyn and so many other Spike Lee joints, the ending is deep and will stay with you long after the credits end. The poignant monologues throughout the film carry quotable nuggets that I am surprised are not all over Twitter already. Through humor, violence, and drama, BlacKkKlansman paints a line of white supremacy from the Civil War to the Charlottesville rallies last year. If you thought you were just going to see a little film about a Black man who was inducted into the KKK in the 1970s, then prepare yourself–that’s not how Spike Lee joints work.