Jennifer Reeder’s Signature Move is a love story about two women falling for one another while navigating a world of women wrestling and their immigrant mothers.

Zaynab is a lawyer by day and wrestler by night, and works with the Pakistani community in Chicago to help with small claims matters like finances and immigration advice. After her father’s death, Zaynab lives with and essentially takes care of her mother, a traditional Pakistani woman who is also a shut-in, and only finds solace in watching her soap operas and looking for a husband for her lesbian daughter.

Signature Move is visually stunning and does a great job of capturing Chicago and the diversity folded throughout the city. I love the emphasis on the importance of family, especially as it speaks to immigrant families. It’s also exciting to see some diversity in the cast and crew. The chemistry between the cast is strong and every relationship feels genuine. Signature Move also captures depression and the mourning period in an excellent way with the character Parveen. Her loneliness is woven throughout the story and into her daughter’s life.

In terms of editing, the film could use some work, as a lot of the transitional scenes are awkward and can pull you out of the story. The overall acting of the movie is fine, for the most part, but the main character’s situational awareness needs some work. The co-writer of the film Fawzia Mirza is also the star, and when she hits her comedy marks, she does it well, creating a character who is relatable and fun. However, when she misses the marks, it comes across as awkward and can be distracting.

The movie also touches on a few themes, including depression and coming out; I wish they touched on them more, especially since they were major factors in the development of the main characters.

Ultimately the film is about figuring yourself out in the midst of fulfilling what is expected of you, as well as coming to terms with what’s right versus what’s easier. The movie did enough to hold my attention, though, and the good-naturedness of the entire thing makes me root for the creators’ future successes. 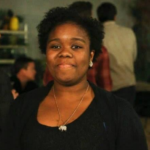