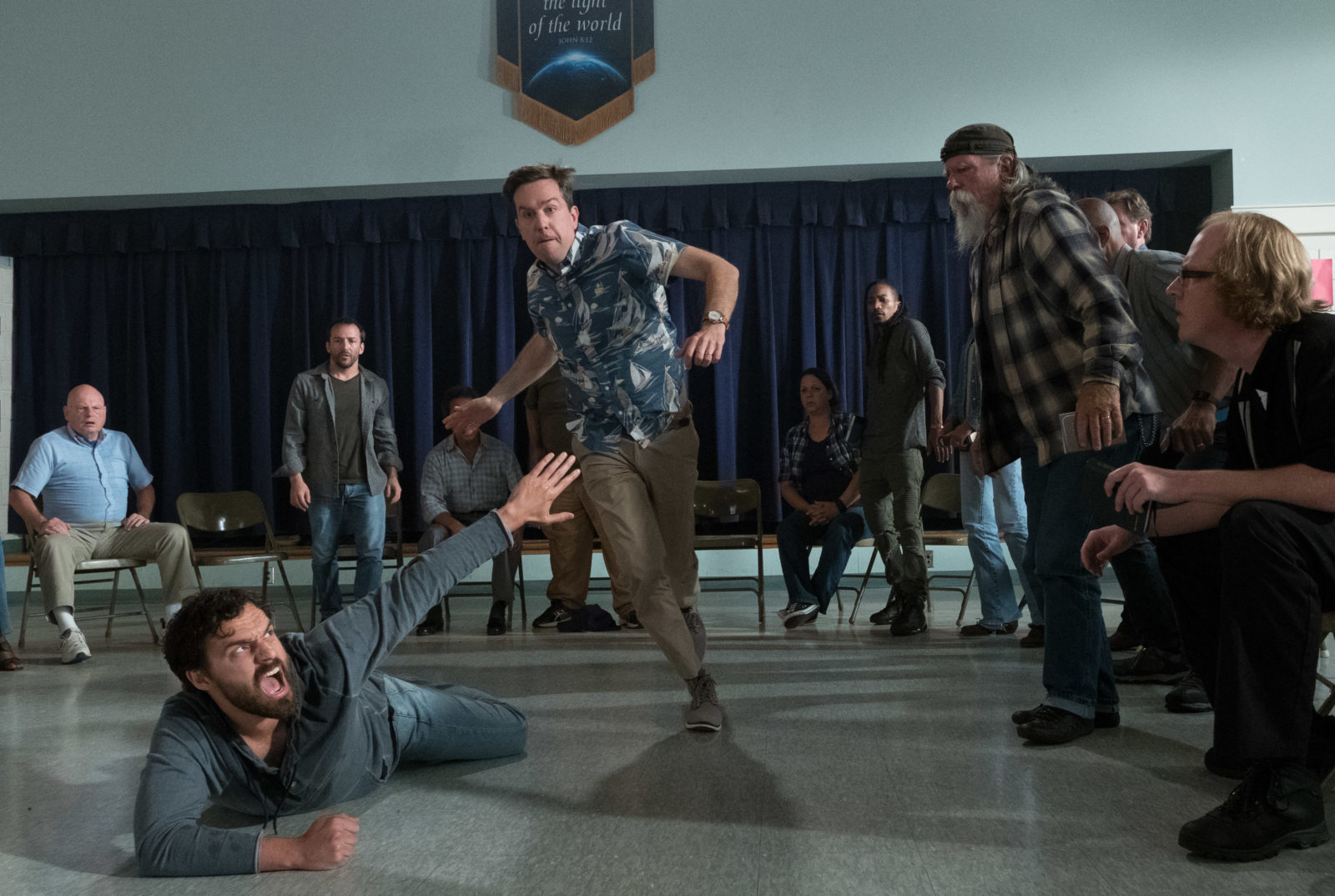 Do you remember the game of Tag as a kid?  It’s a pretty simple game — you run around with your friends tap them on the back or shoulder and yell out “Tag! You’re it!” Your friend then would have to find someone else to be tagged and the game never ends.  In the game of Tag, there are no winners — just players who don’t want to lose.

Based on real-life events, one month every year, five friends compete fiercely in a no-holds-barred game of tag they’ve been playing since the first grade. They’re willing to risk it all — including their careers and their relationships to take each other down. Yes, this is a true story about grown adult men who actively play the classic child’s game as a way to stay in touch and connect with each other once a year. However, this year proves to be unique when Jerry (Jeremy Renner) who is the undefeated player among the group of childhood friends — is getting married.  His friends believe Jerry’s wedding is the perfect opportunity to make him an easy mark and they’re ready for Jerry to finally lose at the game.

Tag is stupidly funny.  The film takes the game of Tag and literally makes it into a fully fleshed out bromance comedy that is silly, hilarious and delivers a profound message about true friendship. The first scene begins with Hoagie (Ed Helms) applying for a job position as a janitor. The hiring manager Reggie (Lil Rel Howery) gives him the side-eye as he peruses his overqualified resume with one of his jobs being the owner of a medical practice.  We shortly come to learn that Hoagie is applying for this job to get close to an executive by the name of Bob Callahan (Jon Hamm). Hoagie gets the position and disguises himself cleaning Bob’s office.  Meanwhile, Bob is being interviewed by reporter Rebecca Crosby (Annabelle Wallis) from the Wall Street Journal about his company.  When Hoagie unmasks his disguise and tags Bob, the reporter’s interest is piqued about this game of tag being played by grown men as opposed to writing yet another mundane executive profile story. 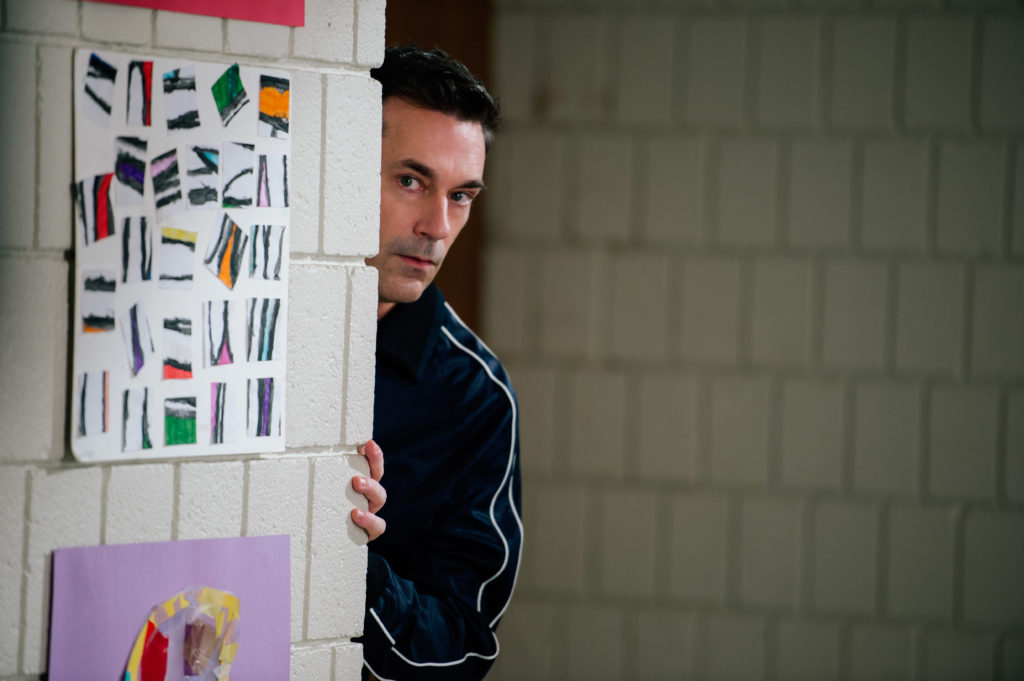 The journey begins here as Rebecca scrutinizes the lives of each of these friends playing their version of Tag. Each of the friends has unique idiosyncratic personalities that shine throughout the film.  Hoagie is the heart and soul of the group, and they all inevitably meet in his mom’s basement to plan their next scheme to Tag Jerry. Bob is a pretentious wealthy executive who insists he’s always right. Then there is Chilli (Jake Johnson) who is a perpetual pot head and prefers to be in situations where he’s not sober. We later meet Sable (Hannibal Burress) who is aloof, a bit detached and is known for his bizarre quips which are laugh out loud funny throughout the movie. Finally, there is Jerry, the undefeated player who moves like he’s Neo from The Matrix and fights like he’s John Wick — and yes I used two Keanu Reeves movie references in one description because I’m a cinematic genius!

Hoagie’s wife (Isla Fisher) is super intense and aggressively competitive when it comes to the game. She’s the perfect fit as a phenomenal supporter of her husband but can’t play, because as game rules apply set many years ago by the childhood friends — no girls are allowed.

If it weren’t for the fact that the movie Tag was based on a true life story, I’d say that this film is incredibly ridiculous and far-fetched, but these events actually happened. However, there is a message within this story that resonates deeply, and that is the idea that these best friends, used this game as a way to always stay in touch with each other over the years.  All of the friends now live in different cities and have gone off to live their own lives with their families, but use this one month out of the year to play a game that brings them closer together. The story arc that develops between Jerry, our undefeated player, and his best friends was beautifully well done and provided great character development.

Tag is directed by Jeff Tomsic (Comedy Central’s Broad City). The screenplay was written by Rob McKittrick (Waiting) and Mark Steilen (TV’s Mozart in the Jungle).  The film’s story is by Mark Steilen, and based on The Wall Street Journal article entitled “It Takes Planning, Caution to Avoid Being It,” by Russell Adams. The film is produced by Todd Garner and Mark Steilen, with Richard Brener, Walter Hamada, Dave Neustadter and Hans Ritter serving as executive producers.