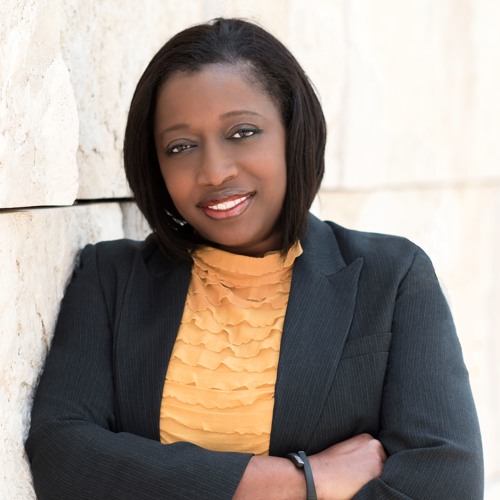 Since its series premiere in February 2017, The Quad created by Felicia D. Henderson (Soul Food, Fringe) boasts a 100% score on Rotten Tomatoes. With the apparent suicide of Terrence Berry, the threat of Georgia A&M University (GAMU) joining a predominantly white state university system, and Cecil Diamond battling with his cancer diagnosis, the Season 1 finale left fans of the show wondering what was going to happen at their beloved GAMU. While Season 2 has answered some lingering questions, it’s also opened up plenty of new ones. Considering there are only two episodes left in Season 2, there’s no telling what will happen in the last episode.

I spoke with Felicia D. Henderson about the remainder of Season 2 and Office Hours After The Quad.

This is Part 1 of a two-part interview.

Tayci Stallings: A theme I noticed for this season was revenge for the quad. It works for some characters but not so well for others. If you could give any character advice, which character would it be and what would the advice be?

Felicia Henderson: What character would I give advice to … that’s a good question. I would probably choose Eva among the adults because she’s been through so much and she is wound a bit tight. She’s in an environment so different from the one she comes from. I would tell her to not forget who she is in her efforts to fit in here.  Yes, you made mistakes in the past, but you also had some successes that got you all the way to being president of your former school. We often throw the baby out with the bathwater and forget. Go back and remind yourself what made you strong in the first place.

Tayci: The last time we see Cedric, Bryce, and the fellow pledges, they’re coming back from the woods looking a little worse for wear. How is this going to inform the Cedric’s character going forward with regards to the fraternity?

Felicia: Whatever else Cedric is, he also is a do or die friend. He and Bryce come from such different backgrounds, but they’re best friends. So, he pledges for Bryce. I think what you can anticipate is that he will do whatever he has to do for his friend until there comes a point. Is this his breaking point? Is this as far as he’s willing to go for his friend? While he approaches his breaking point, what is he learning about the good side of this fraternity? Does that make an impact on his final decisions about it?

Tayci: Sometimes you have an idea and when you get involved with it, it’s completely different from what you imagined.

Felicia: Yes, that was my experience with pledging. I cannot say I knew a lot about Greek life, but I knew when I got to UCLA, I saw how strong the Deltas were on the yard and the kind of work they did. They seemed to be, at the time, the hottest girls.  They are also the ones with their public service and volunteer work front and center at all times. They were always on the yard telling people, “Sign up for this”, “Do this”, or “We’re about to go do this.” So much stuff in the community and I’m like, “I want to be a part of that!”

Tayci: For Season 2, you hosted a show for BET.com called Office Hours After The Quad, where you interviewed the cast and crew. What was the experience like?

Felicia: The business, and television specifically, has changed so much since I started twenty years ago. We’re all responsible for promoting and marketing our own shows. I’ve interviewed every member of the cast, sometimes two at a time, those who have big relationships in the show. It has been more than a notion, because it’s one more thing on my plate. I’m writing and producing the episodes of The Quad. I’m writing, producing, and editing the episodes of Office Hours and I’m in front of the camera.

After The Quad episode airs, The Office Hours episode posts on BET.com, on our own Facebook page, the Quad Office Hours and on my YouTube channel, which is my name, Felicia D Henderson.

Tayci: In one of the episodes of Office Hours, you interviewed Mrs. Gwen Carr, Eric Garner’s mother. What was the most surprising thing you learned?

Felicia:  Mrs. Carr, I feel certain, is going to be a part of my life for the rest of my life. Meeting her has changed me. In Episode 4, I believe it was, we did a driving while Black episode where Eva gets pulled over, arrested, and roughed up.  I wanted to have one of the mothers of the movement participate in that episode, to keep it grounded but to also give honor to the work these women are still doing on behalf of their murdered children.

To answer your question, the most surprising part was learning who her baby was. You know? Who this kid was when he was growing up.  How he was not unlike you or me and what we were doing when we were running around as kids. She talked about the toys they had and the things they were praying for as kids to get, like a Big Wheel.

To hear the reality with which she spoke about her adult son. It wasn’t one of these mothers who’s like, “My baby never did anything.” She talked about him in a very real way. Yeah, he did sell individual cigarettes, which is illegal but he wasn’t selling the day he was murdered. She spoke about him in a true and realistic way. Not like he was an angel, but like he was a man who was living a life hustling, doing what he had to do to make ends meet and take care of his child. But that had nothing to do with why he was murdered, or how he was murdered.

Tayci: We talked before this interview about a song you’d been working on that’s going to premiere in Episode 8. Can you tell me about that?

Felicia:  I am so excited about it, it’s called “Rise Up Together”. The song was written and inspired by the driving while Black episode, but it ends up being relevant for the Season 2 finale in a couple of weeks as well.  Then there’s the chorus and I’m like “Oh, my gosh, this is also perfect to be the new main title’s opening music!” So, the chorus of the song is actually what you hear, only fifteen seconds of, every week at the top of the show.

I bonded with Mrs. Carr and got the idea while she was in Atlanta.  I said, “Can I write something for you to speak that I would place at the beginning and end of this song?” And she said, “Sure.”  So, it is Mrs. Carr’s voice you will hear talking about still fighting for her son, in memory, and for other victims of police brutality.

Kurt Farquhar, our music composer, provided the music. Peyton Smith, who plays Cedric, Erica Michelle who plays Ebonie, and Katlynn Simone who plays Browyn, wrote the verses.  Katlynn wrote the chorus. Erica and Peyton wrote their own verses and they both rap. They are both beasts. It is an amazing song that is empowering! In fact, it’s one of the posted interviews I do for Office Hours and it’s talking to the three actors about how this song came to be.

Let the cast and crew know what you think and join them for a Live Tweet of Episode 8, Tuesday 10/9c with the hashtag #TheQuadBET. The cast will choose their favorite tweets of the night and you’ll have a chance to win a prize!

In Part 2 of the interview, we’ll discuss The Punisher and Felicia’s personal life.

Tayci is a mother of 3 boys, a Ravenclaw, and a member of #WizardTeam. In her spare time she tries to write, but usually plays video games. You can find her work here and hereand you can find her on Twitter and Tumblr @taycibear.