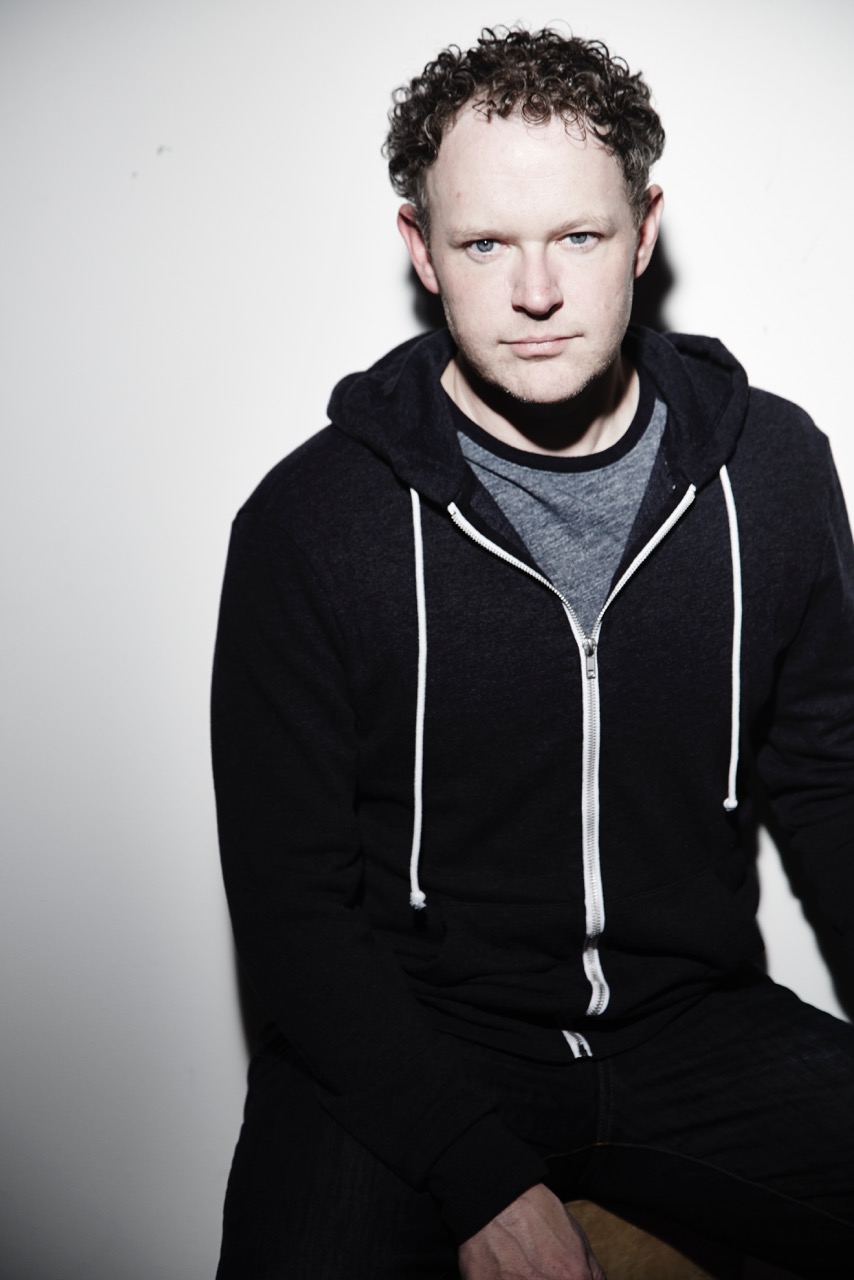 I was so fortunate to be brought up in a house full of music. Naturally, rhythm and blues (R&B) was around but, to be honest, we listened to a lot of classical music. From Gioachino Rossini’s “William Tell Overture” circa 1829 to Johannes Brahms’ “Hungarian Dance No. 5,” my mind was opened to the vast variety, character and richness of a spectrum of sound.  So sitting in a theater in North Carolina, John Williams made me a devoted fan with the first 15 seconds of the “Main Theme to Star Wars: A New Hope.” It’s not that his other music up to that time wasn’t great, but the “Main Theme” opened my imagination, and every time I hear it, I am transported back to the magic of the universe George Lucas was introducing.

It has been 40 years since then, and the music around movies continues to capture the imagination, but video game soundtracks have emerged since the early 2000’s into more than just sound effects in the background as you replay a level one more time. Back in 2015, I spent hours running through the sands of Tatooine and the woods of Endor, the win or occasional loss almost immaterial, as the gameplay made you feel like you were in one of the movies. The composer responsible for that journey into the Star Wars Universe is award winning composer Gordy Haab. Starting November 17th, we get to enjoy another installment of Haab’s genius with the release of Star Wars: Battlefront II.  The campaign mode features a new character to the Star Wars Universe Iden Versio (Janina Gavankar), and Haab is the composer. BGN got to ask Haab a few questions about his work and get a little insight into what it took to develop “Iden’s Theme.”

Black Girl Nerds:  The campaign mode of Battlefront II picks up at the end of Return of the Jedi, and the death of the Emperor and the redemption of Anakin.  Having done the music for the first Battlefront, what influence did the new movies have on your theme for Iden?

Gordy Haab: The music of Star Wars: Battlefront was more rooted in the tone of the original trilogy, but with Battlefront II, I was able to spread out quite a bit, musically. “Iden’s Theme,” in particular, is a great example of this. It was a chance to write something completely original and unique for a brand new character in the Star Wars universe. And “Iden’s Theme” gets used in various forms throughout the Battlefront II score, becoming a common thread that ties it all together. Much like the “Imperial March,” for example, in the film scores. Iden is a strong, military-minded, emotionally-driven, Imperial character – who is now a part of the official Star Wars canon. As is the music that accompanies her. Which is really exciting for me.

BGN: Janina Gavankar is not just an actress with an impressive catalog of work in theater, television and video games, but she is also a musician in her own right. How much of Janina is in the theme?

Gordy: I discovered well in advance of composing “Iden’s Theme” that Janina was a great percussionist and musician. I composed a theme that features a simple, dark, but upward-reaching melody – appropriate for the character, Iden. But I also purposely featured a huge percussion section – and in particular, I wrote a constant marimba line that runs as a thread throughout the Iden main theme intro. This was a nod to Janina’s mallet percussion skills!

BGN: How awesome is it to work with the London Symphony Orchestra and Choir?

Gordy: Really awesome! Something magical happens when the London Symphony Orchestra and London Voices perform at Abbey Road. It’s completely indescribable. That studio seems to bring to life just how good that orchestra is. This is some very difficult music to perform, as well. And in the case of every single piece of music I wrote, their performance was nothing short of perfection…on the first take.

BGN: Is there a major difference between composing for television and film compared to video games?

Gordy: Only from a technical and structural standpoint. In film and TV, the music is composed to a fixed timeline. Once the film or show is ready for music, the timing doesn’t change. But with games, it’s constantly changing. So I need to factor in the infinite possibilities that may arise as a game player. For example, when I write a piece of music for a battle scene, I’ll typically write it so the entire piece can seamlessly repeat itself (looping as we call it). But I’ll also write transitions that can trigger at any moment and smoothly jump into alternate versions of the battle music. Say you’re three minutes into a battle and suddenly you start losing. This will trigger a transition to an alternate “losing” version of the music. And depending on whether you win or lose the battle, the last 10 seconds or so of the piece will play either a “you won!” fanfare or a “you lost” darker ending. It’s a bit like a musical version of a “choose your own adventure” book. 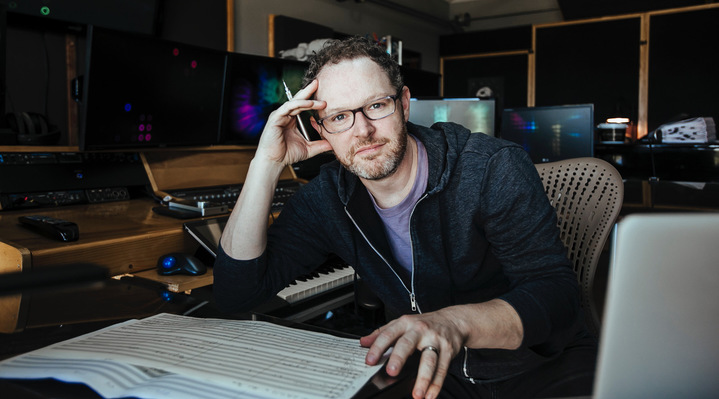 BGN: Your music education began on the east coast at Virginia Commonwealth University and moved to the University of Southern California.  As a composer, did your East-Coast-West-Coast journey influence your work?

Gordy: Certainly. While at VCU, I studied with a composer named Doug Richards who I still consider my greatest mentor. He taught me how to write “the old fashioned way”, with a pencil and paper. Writing this way forced me to get under the hood of the music, as well as to learn all of the strengths and weaknesses of every instrument. In turn, I believe this is what led to my ability to land a job like scoring Star Wars. John Williams composes the exact same way, and I think sharing a process helped me to adopt his color palette and make it my own. As for the journey itself; moving out west for the USC film scoring program opened my eyes to how the industry works. And to the fast pace at which commercial composers need to write. It also forced me into a crash course in the modern technology of music. The trip itself was a rite of passage – a bit of a “do or die” moment in my life.

BGN: How do you score your compositions?  Do you start on an instrument, staff paper, on a voice recorder, or computer?

Gordy: Sort of all of the above. But primarily, as mentioned before, with pencil and paper. I also have a high tech composing studio with multiple computers, all the bells and whistles, etc. But I’m at my best when I get back to my roots and write with a pencil. I get ideas in strange places: In the car, during a tennis match, and very often, in the shower. For the former, I’ll sing into my phone and transcribe it later. But for the shower, I had to come up with a different solution. Water-proof paper and a water-proof pencil! (It actually exists…look it up)

BGN: Do you have a favorite section or instrument that drives your compositions?

Gordy: I’m a trombone player. And I definitely favor the brass section in this type of music. But I love all of the colors in the orchestra and always make an effort to feature them all in some way. But if I had to pick a favorite instrument, I’d choose the French horn. Probably 70% of the melodic ideas I hear in my head are horn melodies.

BGN: You’ve written the music for several video games, and when you have a little down time, what video game other than Star Wars: Battlefront would we catch you playing?

Gordy: I’ve always been a fan of the Halo series. And recently I had the pleasure of joining that universe with an original score for Halo Wars 2. I started playing HW2 so I could hear how the musical choices worked out in the game, and I got hooked. It’s a fun one for me because it’s an RTS [Real Time Strategy] game. I sometimes get, let’s just say…”dizzy” playing first person games. So the aerial perspective means I can play longer without hitting that unfortunate wall. Truthfully, composing is a sedentary gig, so whenever I have downtime you’ll most likely find me on the tennis court.

BGN: Congratulations for your nomination for a Hollywood Music In Media Award for Halo Wars 2. After winning boatloads of awards for Battlefront what were you feeling when you were informed of your nomination?

Gordy: I was super stoked! It’s a score I’m very proud of for a number of reasons. Might seem silly, but one of the reasons I was excited about this score is that it’s not Star Wars. Not that I don’t absolutely love scoring Star Wars – because I do. But I’m happy to see a score that highlights a very different aspect of my musical voice receiving some recognition as well.

Gordy: I think most would expect me to say Star Wars. But while I do love the music of the Star Wars films, my favorite John Williams score (well, actually just my favorite score in general) is E.T.. The last 10 or so minutes of the film’s score is, in my opinion, some of the best music ever written for any media. And it was this score that first inspired me as a child to want to compose music!

BGN: What’s next for Gordy Haab?

Gordy: The industry is famously secretive, so I’ll just assure you that there are some cool game (and film!) projects on the horizon. Also, I can safely say I’ll be composing new music for Star Wars Battlefront II expansion packs in the coming months. So I’m looking forward to expanding on my new themes. Iden, in particular!

Starting November 17th, all you band geek gaming nerds can check out Haab’s newest work by sliding down to your local store and picking up a copy of Star Wars: Battlefront II.  The campaign mode focuses on Iden and is punctuated by Haab’s piece, “Iden’s Theme.”