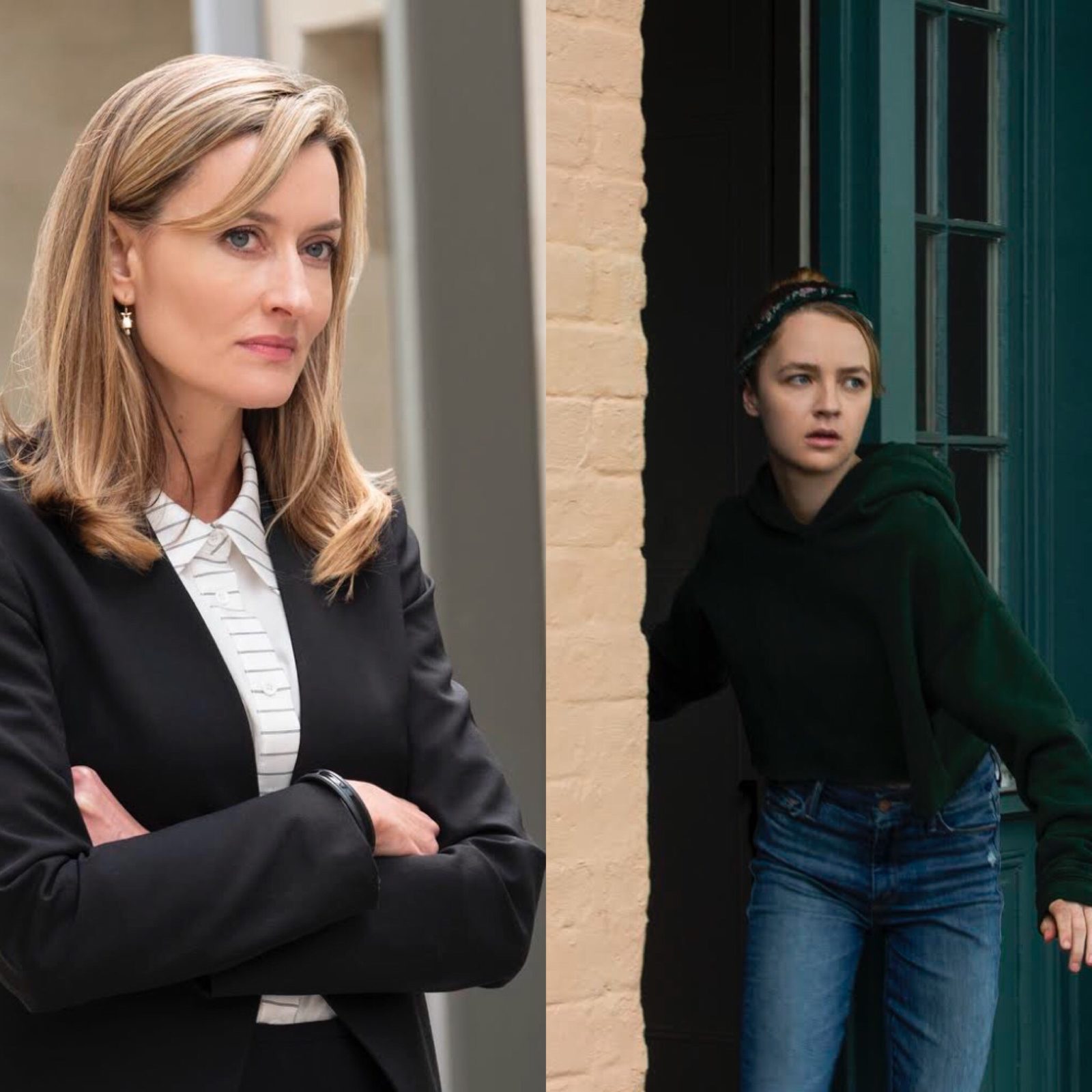 The First takes place in the near future (2030) and concerns the lives of astronauts poised to be the first ones on Mars. They are proctored and encouraged by a driven aerospace tycoon played by Natascha McElhone. Sci-Fi fans may remember McElhone starring opposite George Clooney in Solaris or TV fans may remember her from Californication.

Whoever wants to answer, how long was this shoot and where did you shoot on location?

Anna Jacoby-Heron: The shoot was about five or six months and we shot in New Orleans, Louisiana.

Natascha, how does this compare with Solaris?

Give me some examples of how it does and then I can refute them or agree with you (laughs).

It’s about outer space and people wanting to go further and explore or find something new and I see the same thing here and they are not sure they will succeed and the outcome might not be what they expect but they are so excited and drawn towards doing it.

If there is a similarity it might be that it is a movie where the backdrop is set to go into orbit but the focus of both, I suppose are human relationships and either leaving people behind or prioritizing love over ambition or the other way around. I mean it definitely, possibly some of those things it shared but I feel like those aren’t my words. I wouldn’t draw a comparison.

Do you have a special affinity for Sci-Fi?

I think it is increasingly a part of our lives so from that perspective I’m very interested. As a kid, I wasn’t particularly drawn to science fiction or that genre. So this was a lovely excuse to immerse myself into that world for the first time.

Both of you, what was it like working with Sean Penn?

AJH: Working with Sean was really really marvelous. He was very, very giving as a scene partner and he made it very comfortable for me to do and say what I wanted in those scenes and a very supportive scene partner. I’m really lucky.

NM: I echo that. I found him to be—given all his experience and his status in the business and his talent, I felt that [any actor’s] part was as important as another … it didn’t matter who he was performing with, he was just terrific to kind of play tennis with. He was very receptive to everyone else’s ideas and enormously collaborative and un-neurotic. It was very much like being at drama school in the rehearsal room, ‘let’s try it this way, let’s try it that way,’ willing to get out of that comfort zone and be experimental. For me it was a complete joy, I have to say.

Did either of you notice any particular actor things that he does to prepare?

No, from my perspective not, he was very free and instinctive and very intuitive, not precious, just about telling the story in the best way possible and treating all of us… I mean it was just a very egalitarian set.

AJH: No, going into a situation where I was the youngest and the least experienced, Sean and Natascha made me feel so incredibly comfortable.

Anna, your character is an addict, were there any particular things that you did to prepare to play her?

Yeah, I read a lot about addiction and I watched a lot of documentaries about heroin addiction. I talked with a number of ex-heroin addicts, went to a few NA (Narcotics Anonymous) meetings. That was my research on that.

For both of you, what is our continuing fascination with Sci-Fi?

I would say mostly it’s how little we know. I think about it like I think about the ocean; there is so much of it and we only know one-tenth. There’s just so much out there.

NM: There’s sort of a primordial fascination we must have had since the beginning of time. We look up at the stars. People were fascinated and devoted their lives to it hundreds of years ago. It’s not a new fascination and the ocean is equally mesmerizing. I shouldn’t say this because I’m promoting this but I often wonder why people look up instead of looking at the ocean. The ocean holds just as many secrets I think, and we’re destroying it (laughs).

Also, in a strange way as we get more adult we become less passionate because responsibilities and anything that is right in front of us takes over but anyone who has kids or anyone who has spent time with kids knows — from the age of three or four, they’re asking, ‘what’s the sun, what’s the moon?’ What are those things in the sky? They are far more fascinated with that and the animal kingdom than with how we pay tax or what a mortgage is.

I don’t think there is anyone that I can think of that I appreciate more because of them being cause-oriented. I think I appreciate anyone who advocates women’s rights.

The First made its premiere September 14th and is currently streaming on Hulu.