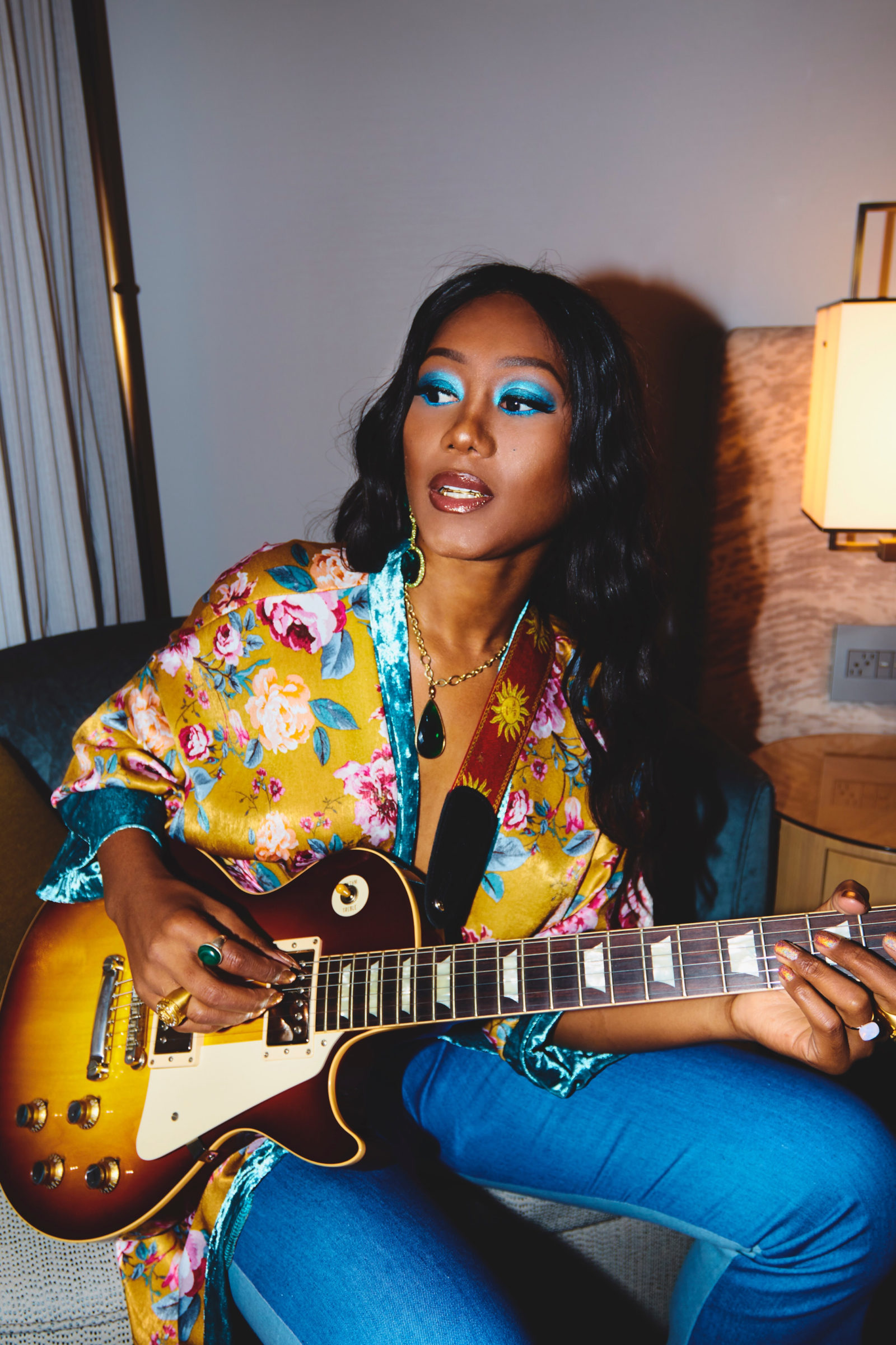 Before our interview, Priscilla shared with me how much of an avid reader she is.  She enjoys reading several different books at a time and showed me on her iPhone what she was currently reading:

Rolling Stone featured her as one of the Top 10 new country artists you need to know! Check out below what she shared with us! 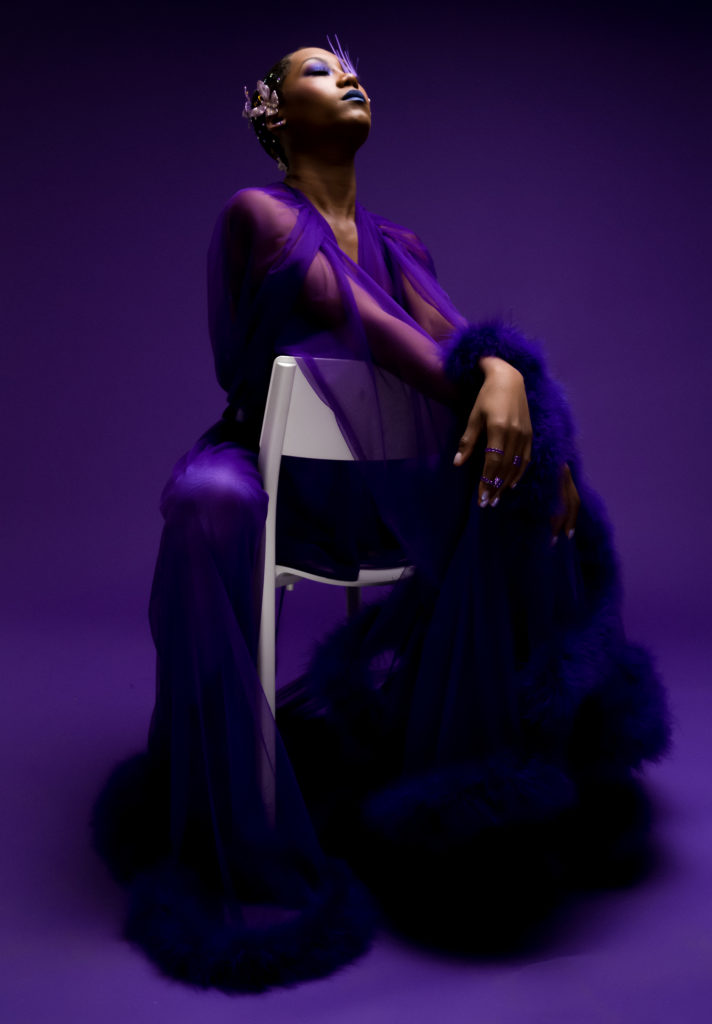 BGN: Tell me when and how did you get into country music?

Priscilla Renea: I’m glad you asked that. I grew up on a farm. My dad was in the Navy, so we moved around quite a bit around the United States. My mother is from a place called Wabasso, Florida. It’s not really on the map. On the map, it’s called Vero Beach. And so my grandparents had a three-acre farm. We had hogs, chickens, peacocks, sugar cane, geese, fish pond, grapefruit trees, tangerine trees, blueberry trees, blah, blah, blah. It was an oasis. And my uncle Kenny, who is this guy here…

[Priscilla shows a photo of her uncle]

Priscilla Renea: Yeah, a Black cowboy. He wrangles bulls, rides bulls, lasso, all that. He actually makes whips, and I have a few that he made for me. He’s the one who introduced me to country music. He used to make us watch CMT. And we used to be like, “Ugh, please can we watch MTV?” I will never forget growing up on that farm. And I’m just connected to country music because that was what was playing at that time. But my mother, I mean, I think the reason why I write the way I do, my mother used to play all this juke joint music, Marvin Sease, Shirley Caesar before went to gospel, Shirley Murdock, Clarence Carter, all these things.

BGN: I’m really impressed with your resume because you’ve worked with artists like Rihanna, Pitbull, Carrie Underwood, Miranda Lambert, Mariah Carey, and so many more. Is there an artist that you haven’t worked with yet that you’ve always wanted to do a song with?

And then just for myself, as an artist, I would love to work with Kendrick, or J. Cole, or even Gary Clark Jr., artists who are not afraid to speak up about what’s going on in the world because I have some records on my album that are like that. I’m very in touch with what the world is going through.

BGN: Your debut studio album, Coloured, is going to be released June 22nd. Can you tell us a little bit about this record?

This album, Coloured, was my way of creating a platform. I’ve been songwriting for 10 years. I’ve been behind the scenes working hands-on with A-list artists. I see the way it goes. I know what it looks like to be in the machine. And I also realize that there’s this whole legion of people that never see the light of day that are helping the people that you see on TV and magazines live their dreams. And they have dreams and aspirations, and they have things that they want to fight for and they believe in, but it’s so much harder because people don’t even know they exist.

So I decided, “You know what? I am one of the most successful, sought-after songwriters in this time period, and I’m even a victim,” or not a victim — a recipient of ill-treatment, underappreciated. And I want to change it, but I can’t do that unless I have a platform to speak and to tell people what’s going on because literally, we went to Congress to talk about songwriter and royalty reform, what’s going on with Spotify and Pandora and all these streaming services.

BGN: What exactly did you discuss?

Priscilla Renea: We talked about how they’re not paying us. If I have a bottle of water and I want to sell it at Walmart, and my price is $2, and Walmart tacks on another dollar, and so it’s $3, you can’t say, “Hey, we’re selling your product for $3, but we’re only going to give you $0.25.” You can’t do that. But that’s what they’re doing. That’s what Spotify and Pandora are doing. And in their opinion, their product is not music, their product is Spotify, which I understand that — you’re charging us for the technology.

That’s like Apple forcing you to buy a new phone by slowing down the service on the other phones. That’s illegal. But in the music industry, they’re bound by all these sanctions and all this stuff. In the music industry, it’s the Wild Wild West. There’s literally no one.  What you’re not understanding is I might make a check for $600,000, but that has to last me for five years. After I pay taxes and I pay 5% here, 10% here, 20% here, I’m left with about $75,000 that’s got to last me for five years. That’s less than a minimum wage income.

People don’t look at it that way because it’s so glamorous and the lights, camera, action, whatever. They don’t actually realize that I don’t know any other job in the world where you show up and you work for eight hours on spec, and then if something does get taken, it may take a year for it to come out. And then once it comes out, it takes two years for you to get your pipeline money. So that means that some people aren’t getting paid for three or four years. 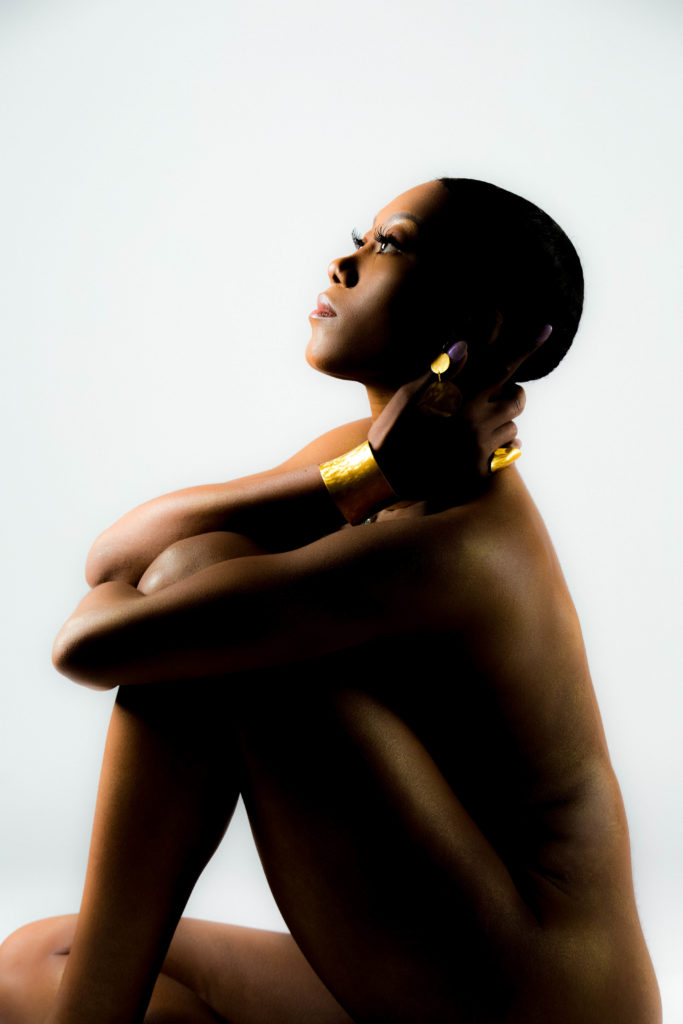 BGN: That’s insane. Wow. Well, we just got schooled on how streaming services work. And the revenue streams through that. I read that you’ve written over 2,000 songs in the last two years, which is incredibly impressive. Do you have a preference for writing over singing, and do you find writing helps build your skills as a singer?

Priscilla Renea: I think it’s the opposite. I think writing is accentuating the singing. I actually think that in some instances people don’t even know that I can really sing and that I have whistle register, or that I can really belt. It’s almost like a reintroduction of who I am for me to put this record out because a lot of the people in the industry have no clue other than like Mary J. and Mariah — they encourage it.

BGN: Why do you think Black women are an anomaly in the country music industry?

Priscilla Renea: I think we haven’t learned how to move and how to maneuver in certain circles. Like I said, I had to dial myself down, and I had to sit there and be physically uncomfortable, and be in pain, and listen to a room full of people who are not of color try to be black. And I don’t think a lot of people could deal with that. You know what I’m saying? It was hard for me. But I’m like, “I’m going to sit here, and I’m going to do this.”

Priscilla Renea: The advice I would have for budding artists is to start. Stop waiting for someone to tell you this is good enough. Be trash, dare to suck. I wasn’t dope all the time, you know what I’m saying? Start. It’s only when you put your foot in the water that you realize, oh man this is deep. I might need to learn how to swim. But if you just stand there on the edge looking at it, you’ll never know. And that’s it, it’s just that simple. Just start.