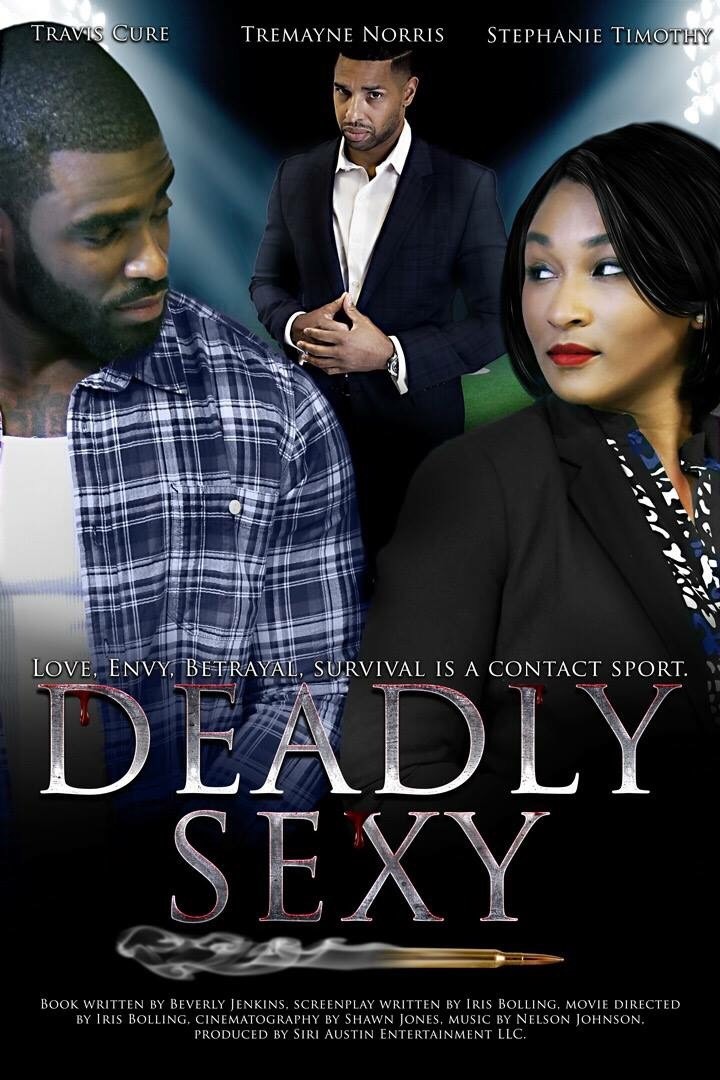 It is one thing to for an author to have his books on the bestseller lists. It’s another thing to see those books turn into movies. Like a dream. Award-winning, NAACP Image Award nominee, best-selling historical and contemporary romance author, Beverly Jenkins, remains in a dream state. One of her romance novels, Deadly Sexy, is now a full-length independent film.

Deadly Sexy, is a romance-suspense novel about a sports agent, Jessi Teresa Blake, (aka, ‘J.T.’) and her encounter with truck driver Reese Anthony–who is also a lawyer and a former cop–partnered with his family’s company. Their encounter heightens when Reese is asked to investigate the murder of a football player. Thanks to a friend, fellow author, and long-time fan, Iris Bolling (founder of Siri Austin Entertainment, LLC) who wrote, produced, and directed the screenplay readers will see the characters come to life.

BGN caught up with Jenkins, Bolling, and Deadly Sexy’s leading man, Travis Cure who plays Reese Anthony, as they took a break from activities at the annual “Lights! Camera! Action! Convention” held in August in Morrisville, NC. 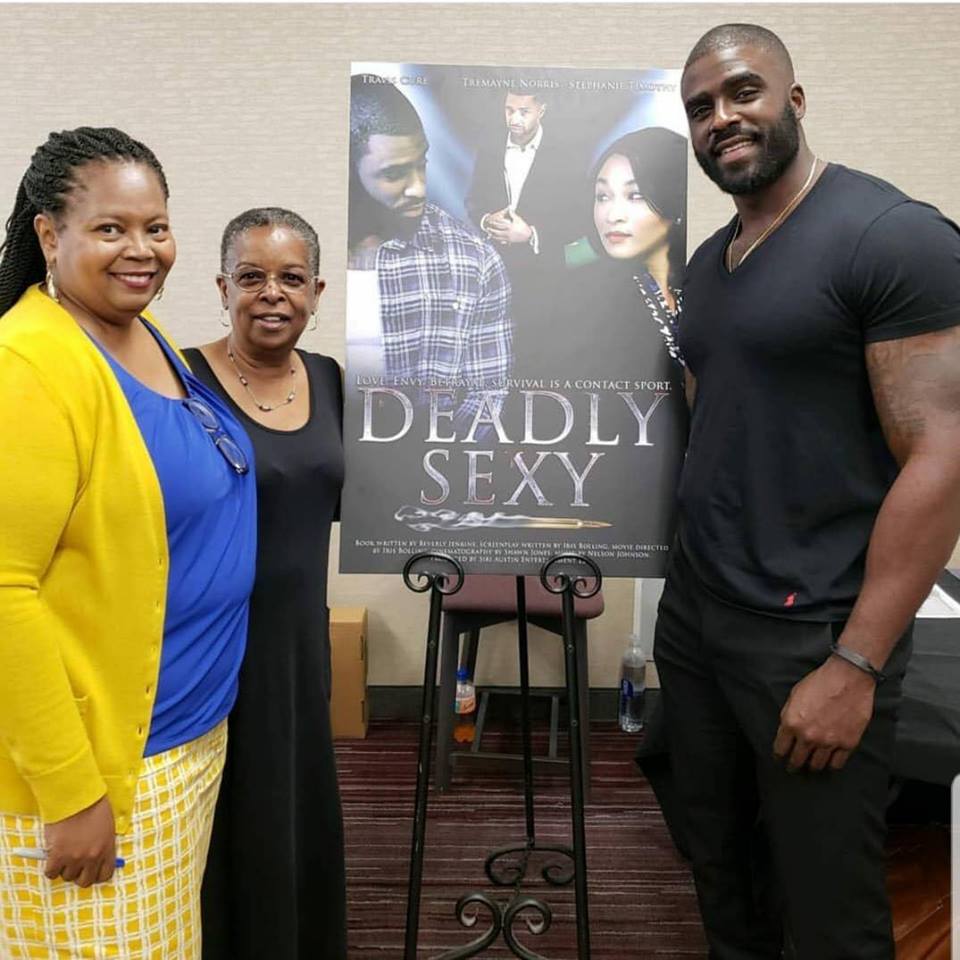 Hello, everyone! Thank you for the opportunity to talk with all of you, and, congratulations on the film version of, Deadly Sexy!

Miss Beverly, are you still pinching yourself that your novel’s turned into a movie?

How did making a film adaptation of Deadly Sexy happen? And, why this novel and not one of the historical romance novels that you are known for?

Jenkins: I am going to let Iris tell the story.

Bolling:  Well, we were at this event two years ago and Bev was one of the key speakers. She talked about the possibility of one of her novels being made into a movie. And, she called me out, saying I would do it! We were in a crowded room, and I almost lost my mind but I kept my cool. When the conference was over, I called Bev and thanked her for thinking of me. She said, “Hold on! I’m serious about this!”

Jenkins: As far as why Deadly Sexy was made into a movie instead of one of my historical romance novels? A historical romance film is going to be very expensive to make, especially the costumes alone. Doing one of the contemporary novels was in our budget. Plus, women are fans of Reese Anthony and wanted to see him. Casting Travis was genius.  It’s a good visual. You have murder, love, craziness, a strong black family of men, a strong woman lead.

Let’s allow Travis to talk because he has been having fun at this conference!

Travis Cure: I am enjoying myself! I am honored to be a part of this film.

So Travis, how did you get the role of Anthony Reese?

Cure: A casting director reached out to my manager and I got back to them. I thoroughly enjoyed filming Deadly Sexy.

Bolling: He was a perfect match!

So Iris, was this your first time working in film? What is your background?

Bolling: I’ve been a fan of Bev’s work for years, and I love her contemporary and historical romance novels. She could write the alphabet and I would buy the book! As far as background in filmmaking…I don’t really have one. But I’ve turned two of my 23 novels into a TV series, and Beverly saw the episodes online.

Jenkins: I am proud of the finished product for Deadly Sexy and proud of what Iris has done with writing the screenplay, directing, getting a great cast together. For whatever reason, Hollywood is not going after African-American romance novels and turning them into movies. We have to make our own movies and get it out there.

Bolling: Siri Austin Entertainment shows that there is genuine black love and our stories need to be told. If Lifetime or the Hallmark Channel want to talk about doing our stories, it has to be done our way.

Jenkins: I am definitely bitten by the filmmaking bug and want to create more films based on my novels–whether it’s another contemporary romance or one of my historical romances. Anyone who wants to jump in and make it happen can contact my agent.

You used a Go Fund Me campaign to raise money to make the film. The goal is $100,000. Is the campaign still going?

Bolling: Yes it is.

Bolling: The first screening and a book signing will be November 17 at the Black History Museum and Cultural Center of Virginia in Richmond. That one is sold out. We will have another screening on March 15 in Gulfport, Mississippi and other cities will be announced.

Check out the trailer for Deadly Sexy here.