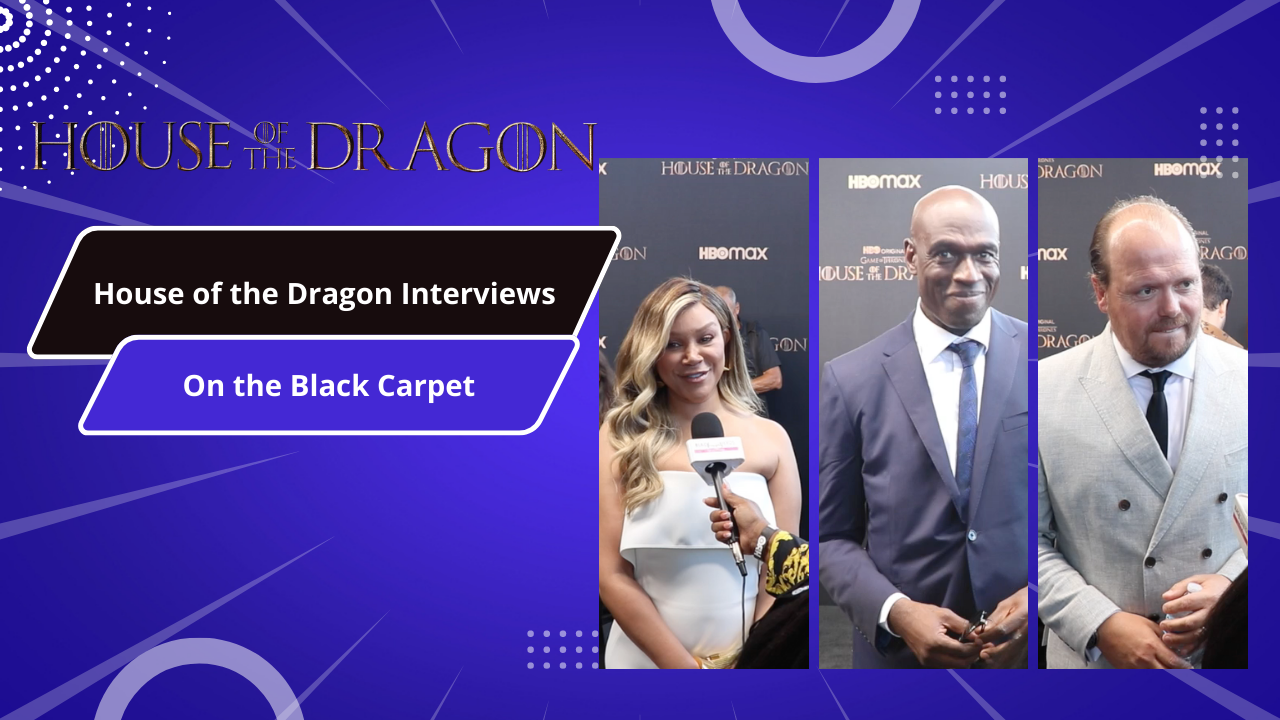 BGN interviews some of the cast and crew on the black carpet of the premiere of HBO’s House of the Dragon.

Based on George R.R. Martin’s “Fire & Blood,” the series, set 200 years before the events of Game of Thrones, tells the story of House Targaryen. The ten-episode HBO Original drama House of the Dragon debuts Sunday, August 21st on HBO and will be available to stream on HBO Max.