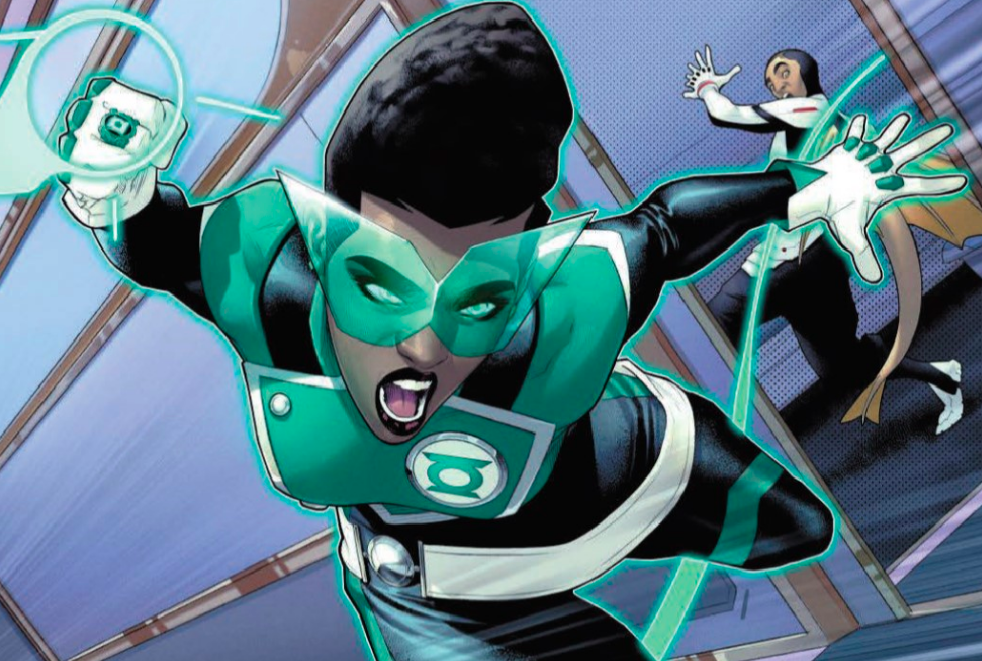 Over the last decade or so there has been this attempt at diversification.

So, Marvel dug into their past and some What If? Titles, and suddenly Sam Wilson assumes the mantle of Captain America (for real, but not really), and Jane Foster became worthy to yield Mjolnir as Thor (then she dies). A little earlier, DC made an attempt with the New Superman.

I tried to support these efforts, but Sam Wilson was written as the stereotypical angry Black man, Jane Foster started well but devolved into something less entertaining, the New Superman was more of an Asian take on the Greatest American Hero, with the Millennial disdain, disinterest, whatever, on becoming a superhero. I think that both DC and Marvel saw the failure and went at diversity from a different angle. They actually allowed the creation of new diverse characters with creative teams with experience in the communities they are depicting, a vision beyond six issues, and the artistry to match the vision. This brings us to two titles both associated with the talented Jamal Campbell (see BGN interview).

Here at BGN we have followed the birth of Brian Michael Bendis and David Walker’s baby Naomi (see BGN’s interview and review), which was expertly drawn by Jamal Campbell. After appearing in her own mini-series, which is now available in trade paperback, Naomi has finally met Superman and Batman (see Action Comics #1015 and 1016) and now has the Young Justice team sleeping in her adopted-parents’ living room (see Young Justice #11). For those of you who are unfamiliar, Naomi is the child of super-beings from an alternate Earth. She was sent to Earth-Prime to protect her from her parents’ foe. She has just recently discovered her abilities and has not found her limits — yet. Of course, she hasn’t really had a major challenge either, but there is definitely more to come on the Naomi front.

Off planet, Jamal Campbell’s prolific skills are put forward in Hugo and Nebulae Award-winning N.K. Jemisin’s first adventure into comics, Far Sector. The premise behind Far Sector is the detective skills of the Green Lanterns is imbued into another Terran, millions of light-years from Earth. The Lantern’s name is Sojourner “Jo” Mullein. Jemisin has commented that the character was based on Janelle Monae’s robotic alter ego. As a result, Jo is a young, black, female, sexually fluid, and potentially afraid of flying. The first several descriptors follow Monae’s model, but the last one is the source of a little fun in the first two issues.

The story thus far centers around a murder in the City Enduring. The social changes the City Enduring has enacted has allowed both hunter, prey, and competitors to peaceful coexist for many, many years, until now. In the first two issues Jo negotiates the veiled threats of being eaten by the representative of one race and then deflects the amorous attentions of another to gather information that may lead to the killer or another murder.

Jemisin and Campbell blend seamlessly into a great read. To be honest, there was hesitation by some on this title as other Black writers who have tried to crossover at the two major publishers have had varying levels of success finding their voice in the medium. Some pushback that has been heard in my shop centered around the lack of a sufficient amount of superhero fights. They somehow are missing their fight sound bubbles — pow, bam, zlonk, and biff. This desire for fight bubbles may be a result of the horrid state of many of the major titles right now, versus any real issue with Far Sector itself.

Most of the major event this year for both publishers have centered around a small, skilled force fighting off unbeatable hordes of zombies, cyber-zombies, infected citizens, Tribbles — whatever. These are essentially reinterpretations of Frank Miller’s 300 for three different comic universe events this year at Marvel alone (Absolute Carnage, Contagion, and War of the Realms), without the great art in some cases. Or their titles have gone off the strange edge, with little fighting, questionable storylines, and multi-verse aging all leading one to miss the disaster that was DC Convergence. At least with Convergence, they got to start over, again for the nth time. On the other hand, Far Sector reminds me of another good detective series, The Fuse, written by Antony Johnston and published by Image Comics.

With most of the titles by DC and Marvel struggling to find themselves, the title steps into the comics world just as boldly as Jo does with her new assignment in a galaxy far from home, with a grace and comfort that belies their age. For those of you who are looking for a thoughtful escape into a seemingly new environment, Far Sector is for you. Its indy feel, great writing, and seamless artistry put this one firmly on the pull-list and we recommend that you add it to yours. However, a quick warning that the book is a little graphic and has some adult situations, so it is more appropriate for high school and above readers.

Interview: The Creative Team Behind the Comic Book ‘Naomi’