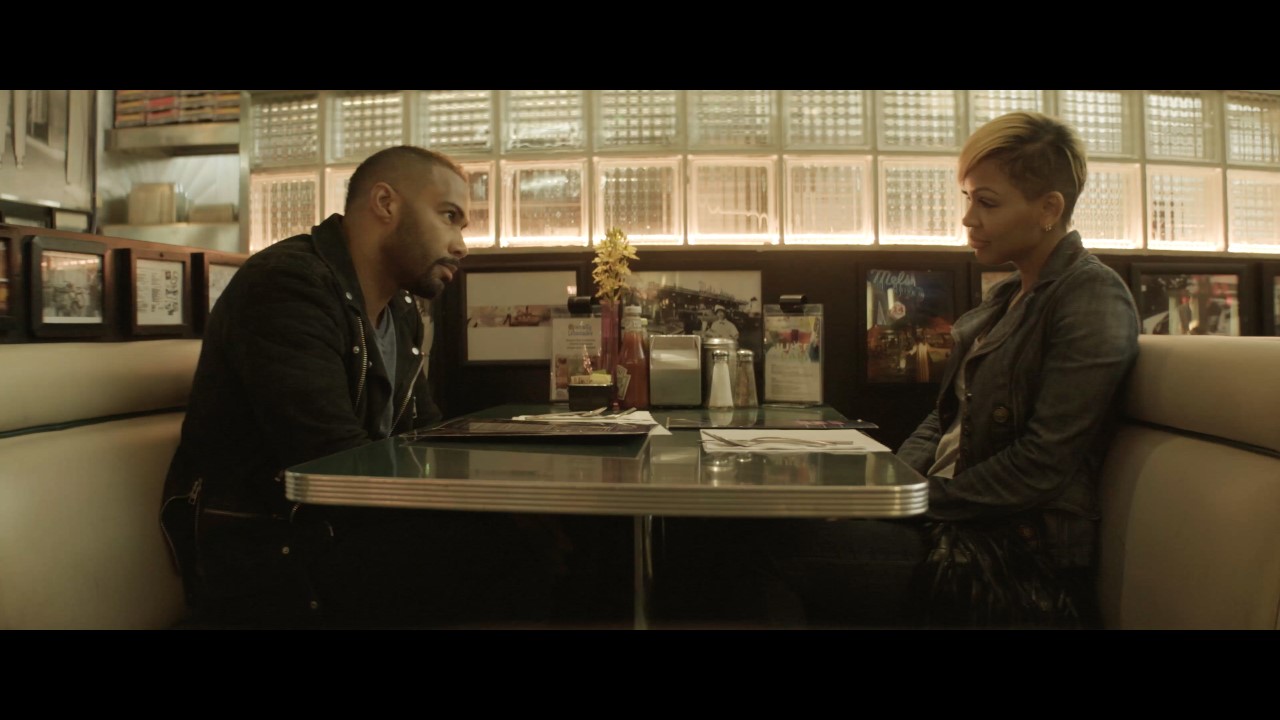 The 2016 election was a night of revelations and change for everyone. The entire country found out in one night that racism existed and yet, most of the country could care less. The bleak outlook penetrated every aspect of American culture from election night and onward to the nights that followed. However, the world did not end, nor did it at the election. A Boy. A Girl. A Dream. takes a look at that night from the eyes of two people who were struggling with existential problems before the national bombshell of Trump’s election to the highest office in the land. The central question in the film seems to be: what do you do if your life is already upside down when the catastrophe strikes? 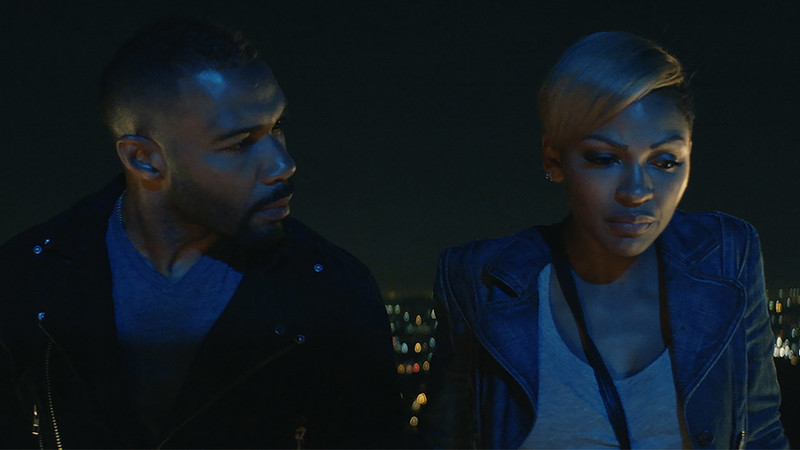 Qasim Basir presents a film that follows two people, Cass (Omari Hardwick) and Free (Meagan Good) as they stumble into a romance over the course of one night. These two people are dealing with their own baggage which makes the decision to explore a relationship with one another or to let go, even tougher to make. In addition, there is the constant news cycle that relayed election results from the opening of the poles until the next morning. The news plays in the background like an ominous soundtrack in an apocalypse film.

We quickly discover that Free is an attorney fleeing more than one bad decision back at home. Her phone’s constant ringing and messages are superimposed onto the space between her and Cass reminding us of that baggage. The impositions also occur at the most inopportune moments.

Cass is running too, from a passion that he may fail at if he is deemed not good enough. He reveals to Free that he has a dream that has been neglected for four years. His life as a club promoter hopping from one party to another is not where his heart is. He is bored and unsatisfied with his life. Together, they wander through LA, first to a club where they accidentally kiss. Cass confuses Free’s signals as a green light for sex. This was a mistake. The couple ends up on the street where Free is hassled by a bunch of white men who stumbled out of a nearby bar. Cass intervenes, and the police come, nearly arresting Cass and letting Free’s white harassers get away scot-free.

The racial tension in the near arrest is made more intense by the ongoing election results that are flashing across the screen periodically as text updates on Cass’s phone. They are still a part of the soundtrack coming from the radios that play from passing cars and homes. The soundtrack seems to escalate the tension as the couple gets into a rideshare. There, much of the night is spent in discussion and discovery as they travel to a party outside LA’s downtown area and then go back into town to a diner. It is in these conversations that the couple begins to fall into “like” with one another.

Basir gives the audience a short time to get to know this couple, however, he also packs a lot of emotion and plot movement into that short time frame. Because so much of the discovery is in those rides, it is imperative to follow each detail, from the news stories running to the driver’s story and that of the couple at the heart of our tale. The dialogue, however, is often tedious in its effort to drive home a point. At times, the actors seem to be waiting for the cue to move on to the next plot point.  All of these elements eventually do find their way to creating romantic dramedy that often drags but artfully uses a divisive and hate-filled backdrop to help redefine what a romance can be in modern times.

There is also an underlying message of hope that A Boy. A Girl. A Dream holds for people of color who refuse to let the administration silence their fight for equal considerations. Cass’s early arrest, before the tide of the election becomes a complete surprise, signals something that most POC had been trying to explain for quite some time. Racism lived and thrived in this country long before white supremacy held the ear of our Commander in Chief. There was no reason to stop and hide after the election. Instead, we all need to use that fear and frustration at the election as an opportunity to pick up the dreams we had deferred. Fuel the activism against the hate as well.

From the open cityscapes to the closed confines of the rideshare, Basir packs plenty of material for audiences to digest. His use of such a turbulent time is unique and thought-provoking. This little romance channels a big message of hope and love despite hatred—a message that so many POCs, especially black people need right now.