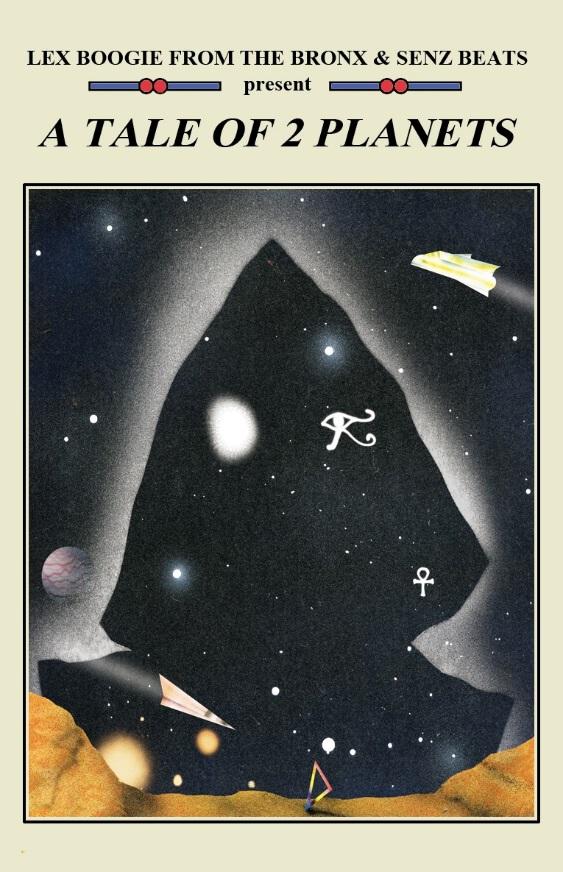 In an ideal world, all albums would have a little something for everyone. In reality, that’s rarely the case. To my surprise and delight producers Lex Boogie from the Bronx and Senz Beats have managed to accomplish just that with their collaborative project A Tale of Two Planets.

A Tale of 2 Planets is, in short, an experience.  It’s a split-beat tape where each side features the work of one of the producers.  In addition, there are featured vocals from Lex Boogie from the Bronx, Wolf Adofo, X: The Shining for REMASTERZ, and Citizen Ledge.  It’s hip-hop, jazz, electronica, space, time, and the universe all on one limited edition cassette tape. Yes, I said cassette tape.  Dopeness personified.  If you are not of my age group and are confused by what a cassette tape is, have no fear (and stay off my lawn), both the cassette and a digital download are available from Tanuki Records. 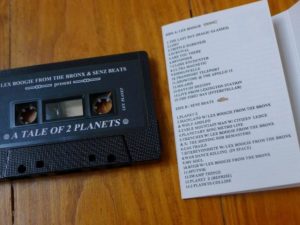 As if a split-beat cassette tape wasn’t enough, there’s also a four-song video EP that was painstakingly edited from various anime sources to tell the story of each song.  Check it out via the YouTube playlist below.

Cherra Hampton-Mitchell is a hardcore Wonder Woman fangirl, blerd by birthright, internet junkie, and chronic sufferer of wanderlust. In her spare time, she likes to live tweet television shows and make apocalypse survival plans. You can find her on Twitter, Instagram, and Tumblr –@WildYoungCharm