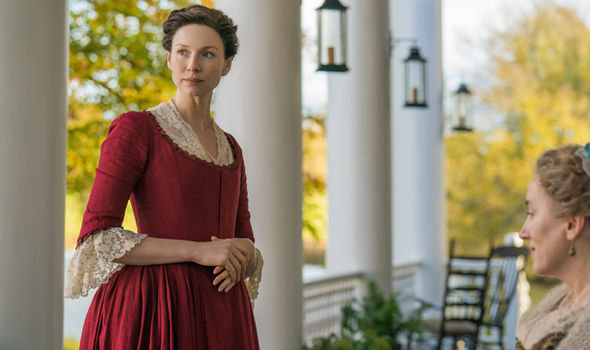 This week, Jamie, Claire, and Ian limp along the river to Jamie’s aunt Jocasta’s plantation “River Run”. They are no broke and broken, hoping that Jocasta can help them get back on their feet. Unfortunately, what the Frasers find on the plantation is just how much Jocasta sold her soul to fit in with the white community. Before we know it, Jamie is “Massa” and all hell is breaking loose! Suffice it to say, Claire and Jamie get into a lot of trouble and the entire Outlander episode dips into the nonsense as it tries to make a point to fans this week. The point is a really good one, though.

Jocasta’s adamance that the slaves are happy and treated well, “her friends” is laughable. I love that the showrunners have Jocasta making this argument in the face of Jamie and Claire’s disgust for the practice. These and other scenes make the episode effective. This note is necessary because unnecessary triggering imagery that plagues the episode will set Black fans in a state of unease. 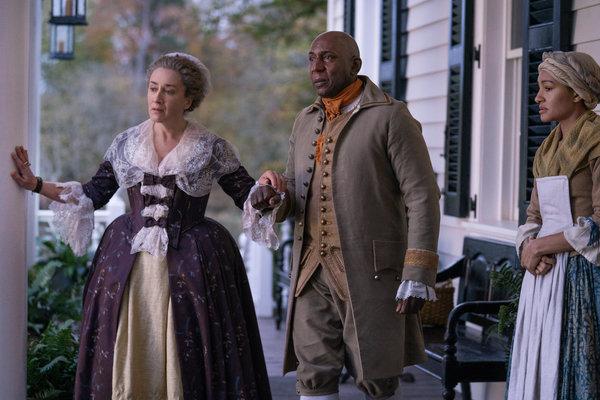 Did You Really have to Go There?

I knew that this season of Outlander would get a bit gruesome at some point. Why? Because this show did what every other one does with the script calls for a slave narrative, they have to drag out the imagery that we all know too well. That’s the nooses, the broken bodies, the macerated Black bodies, beaten bloody, or those emaciated and in desperate need of nourishment. We know the horrors of slavery. The narrative is nothing new to anyone in the U.S., no matter what their skin color is. However, Black people are reminded of it every day in the remnants of slavery kept alive today within the white supremacist laden system we live in still today. Black people know and don’t need the reminders of how viscerally horrific our ancestors’ bondage was.

No, I am not saying that Hollywood should sugarcoat the history. What I am saying is that there are plenty of ways to depict slavery without the visceral reminders that Outlander delved into here. I get it that they needed to show that Jamie and Claire were morally opposed to the practice and that Jamie’s Aunt Jocasta had sold her soul to appease the white masters in the community around her. However, the imagery of the impaled Black body was not necessary to get this point across, nor was the imagery of the angry white mob stringing the body up in classic lynching formation.

Outlander, you could have done all that without showing. Doing so is gratuitous and unnecessary for a historical romance show. 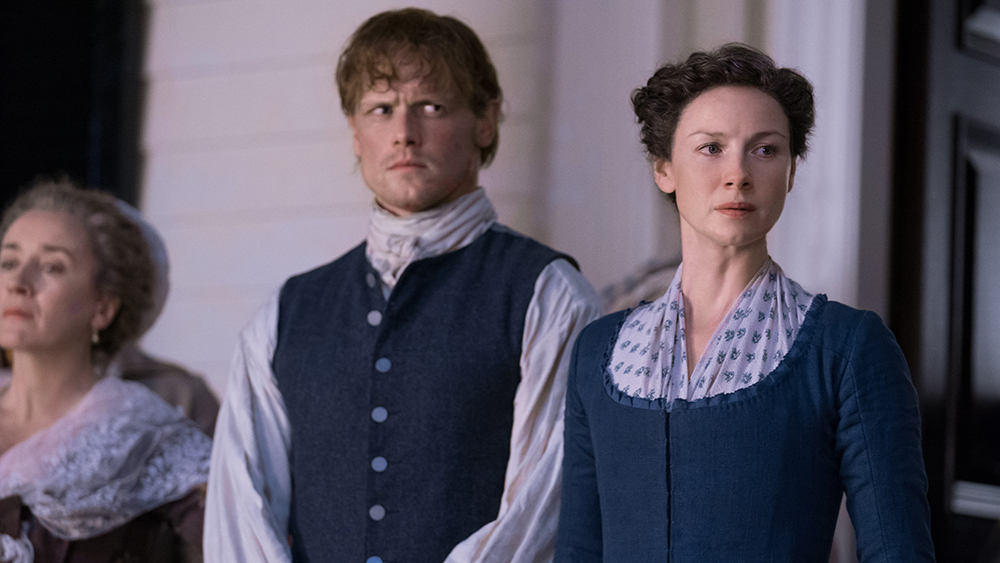 This is America, Outlander Fans

With that said, I do think the show was bold in its effort to juxtapose the Highlander life Jamie left behind and the enslaved African’s existence on River Run. Jamie and Ian were treated badly by the British, not as bad as slaves, but enough to highlight the brutality of the oppressors. Maybe its enough to illustrate the importance of history to America, as many of the middle-aged white women who enjoy Outlander each week fail to think that the history even matters today.

In the previous seasons, Outlander fans watched just how evil the British were to Jamie’s people for a handful of seasons. To have the Americans depicted as worse than the British in their treatment of the slaves creates a basis for the comparison. It also provides some tangible perspective on a topic that many of the fandoms rarely considered.

This seems in keeping with the show’s theme toward depicting the harsh reality of America’s founding for the fans. The crowd of white angry faces screaming at Jocasta and Jamie had to bring back the imagery of white angry faces in Charlottesville, carrying torches and screaming hatred. The tricorn hats didn’t change the picture much. Same concept, just several generations later. The fact that the show pushed this imagery was bold and encouraging. I only hope the white woman at the base of the fandom were paying attention.

The next episode has Native Americans in it, and of course, these “savages” are after Claire. Please Outlander, please don’t play into the “save the white woman from the savages,” trope.

The ‘Outlander’ Reunion Tease and History Lesson No One Needed

BGN TV Review: ‘Outlander’ has the Frasers in America, Are You Ready?