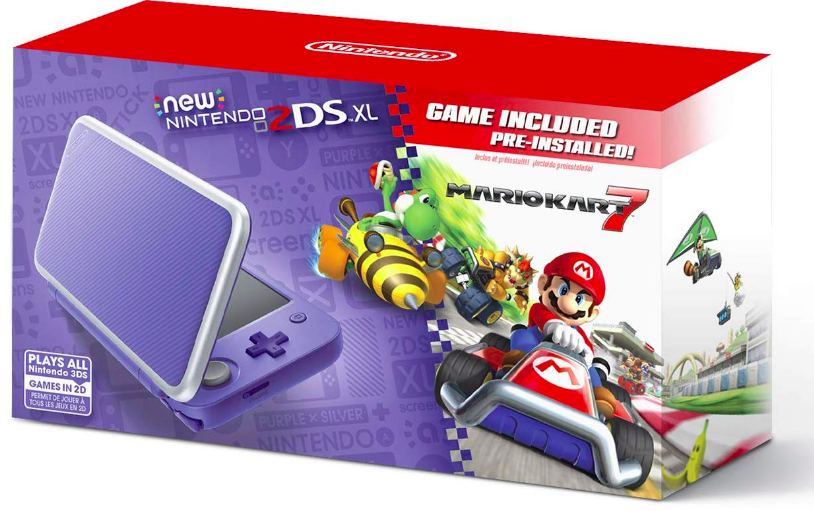 Now is the time to start shopping for those holiday gifts for friends and loved ones.  We will begin with this in-depth dive into Nintendo’s game system and the experience of gameplay for both children and adults. 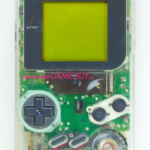 Twenty-five years ago, a company named International Business Machines, better known as IBM, created what is considered to be the first smartphone.  Around the same time, Nintendo launched its first handheld device known as Gameboy. The screen had a greenish background with a black display and interchangeable game cartridges.  It would evolve to versions with a color screen. Of course, the graphics were nothing compared to now, but I drained a good number of double ‘A’ batteries, flipping geometric shapes into solid lines while playing Tetris.  Games like Zelda and the iconic Mario Brothers found a mobile home with the Gameboy.

The century changed and Nintendo introduced the Nintendo Dual Screen (DS).  Different versions have been released since then, but the fundamental idea of handheld entertainment remains.

In the summer of last year, Nintendo released the “New” 2DS XL.  Comparable to its brother, the 2DS, the “New” 2DS XL provides some added flexibility in a couple of areas. Gamers like the larger wider screen, but smaller more compact and lighter system as it is flip-phone foldable.  Compared with the 3DS, the “New” 2DS XL has significantly more storage capacity and the ability to use microSDHC cards.

The functionality of a cell phone has grown and expanded such that there are few portable platforms that can match a smartphone.  However, the simple games on the smartphone do not really compare to the handhelds, and there is something to be said about the great battery life for the “New” 2DS XL as all that screen time on road trips will not have you on the power saving setting for your smartphone after an hour or so. 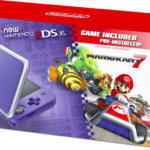 The “New” 2DS XL has internet connectivity and includes apps like Youtube and others that you can download.  Outside of the exhaustive number of cartridges available, Nintendo has its own social platform built into the system. While not exclusive to the “New” 2DS XL, the Nintendo platform allows the creation of an avatar known as a Mii.  A Mii can be selected and used to access the unique Nintendo social platforms available and to purchase content.

While babysitting, we product tested the “New” 2DS XL, with individuals of different ages. There was a fourteen-month-old, a six-year-old and a thirteen-year-old.   The fourteen-month-old was perfect to test the durability of the system. Outside of not showing her how to remove the stylus, the continuous system music delighted her as she pressed or tried to press the buttons. Closed or open, the system survived being dropped off the dining room table, sat on, kicked across the floor, and stood on either intentionally or unintentionally by the kids.  The six-year-old spent hours in the Mii Maker creating family members, friends, and enemies to support her own stories. She also socialized her avatar with her brother’s in the Street Pass: Mii Plaza app, which allows Nintendo avatars to interact.

Interestingly enough, I realized that the Street Pass: Mii Plaza interaction does not have to be intentional.  Should you close the cover or place the system into sleep and you are in close proximity to another Nintendo handheld in sleep mode they will exchange pre-designated avatars.  When you awaken your system, it will have a little dot on the app to tell you that you have made a new “friend.” I placed the system in sleep mode and went around my local town on errands and made one or two new acquaintances.  When I took it to a couple of comic book conventions, I quickly met the daily limit of ten each day. 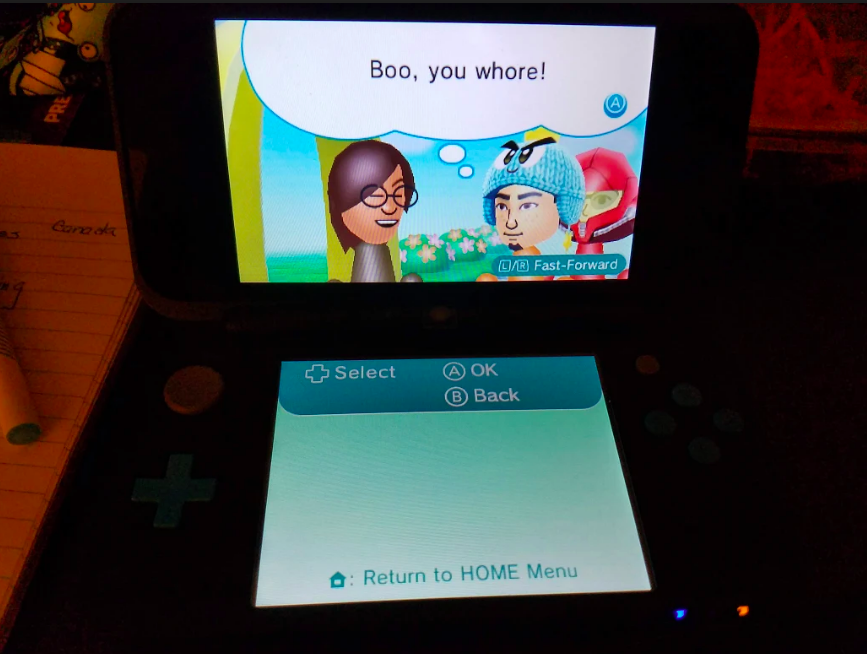 When you meet a new friend there is an exchange of information. While the system recommends not including personal information, the profile allows you to indicate your preference of dogs versus cats, add a hobby, dream and your birthday (no year).  One of my new “friends’” greeting was “Boo, you whore.” I’m glad I saw that and not the six-year-old. I was surprised that this kind of interaction could be had as like any good parent, I had diligently set up the parental controls. Unfortunately, that does not seem to be enough, but no harm no foul.

Given that the handheld is basically a smartphone without the phone part, I would recommend that you take 20 minutes and set it up yourself.  Also, periodically, you may want to peruse the photos saved on the SD card. When I made another BGN aware of my Mii Plaza interaction, she checked her son’s DS and found what you would expect from a ten-year-old, a lot of pictures of him and his friends making funny faces and one picture of her daughter’s cellphone text conversation with her current paramour.

While we are not sure who took the picture of the conversation, the content did result in a teachable moment for the parent and a discussion with her daughter. Also be aware that the parental settings may not apply to some games and apps installed on the handheld.

Setting up the system yourself will allow you to decide how much if any, money you want to add to the system to allow for add-ons.  While in our day, they made their money off of the cartridges, which for new titles can still be in the $60 range, they make their real money off of the add-ons.  Here is how it works. There are several “free” or trial versions of games available. Once you have played a few times, a rabbit will appear and ask whether you want to play the full game. Of course, there is a need for access to a credit card or if you have added credit to your child’s avatar they can draw off of that. 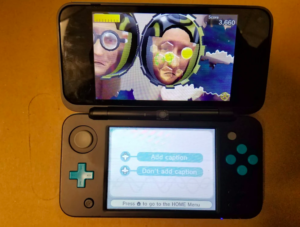 Just so you know, just about every “free” app on the system has add-ons. Mind you they are great fun, and can run from $1.99 to $39.99: but for the most part, there are no “free” games on the system. However, there is Face Raiders, which I could play for days!

This app allows you to take pictures of your friends and insert them into the game.  They hover around you and you must shoot them down all against the backdrop provided by the rear-mounted camera.  The game crazily modifies the features of the characters as they flitter about the room, taunt you, and throw things at you.  The more faces you add, the more different assailants are available to accost you in the game. Make sure you can turn 360 degrees with this one as your frenemies have no qualms in attacking you from behind.

As for the games, for the most part, the gaming experience is comparable to the 3DS.  The thirteen-year-old spent hours exploring the Legend of Zelda, A Link Between Worlds, the six-year-old, who loves reading, was enthralled by the storytelling aspect of Zelda as well. 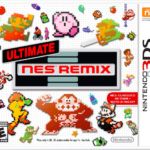 For a quick game, challenge-oriented folks like myself may find the the Nintendo Ultimate NES Remix insidiously entertaining!  The game contains many of those games you remember like Donkey Kong, but with explicit challenges.  It’s not enough to complete a level — you must jump over fireballs or barrels in a short time.  For each level, the challenge increases as the timing decreases. For the Mario Brothers option, you must complete the first level as quickly as possible.

Having been away from the Mario Brothers for a bit, I thoroughly enjoy Super Mario 3D Land.  The addition of another dimension greatly heightens the fun and opportunities to find loot! While you might need to peek at the system every once in a blue moon with the Street Pass function, the ability to play in cooperative mode can be a great deal of fun. 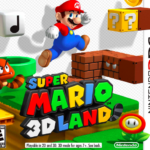 Whether you are looking for a birthday, Hannukah, Eid, Christmas, Krampus, Kwanzaa present or may be considering upgrading a current handheld in your household, the “New” 2DS XL seems like a good choice.  The system is lightweight, about the size of a cell phone, has a great battery life, a host of games, and expanded memory. It is currently available for $149.99 (manufacturer’s suggested retail price) at most local retail stores and online.