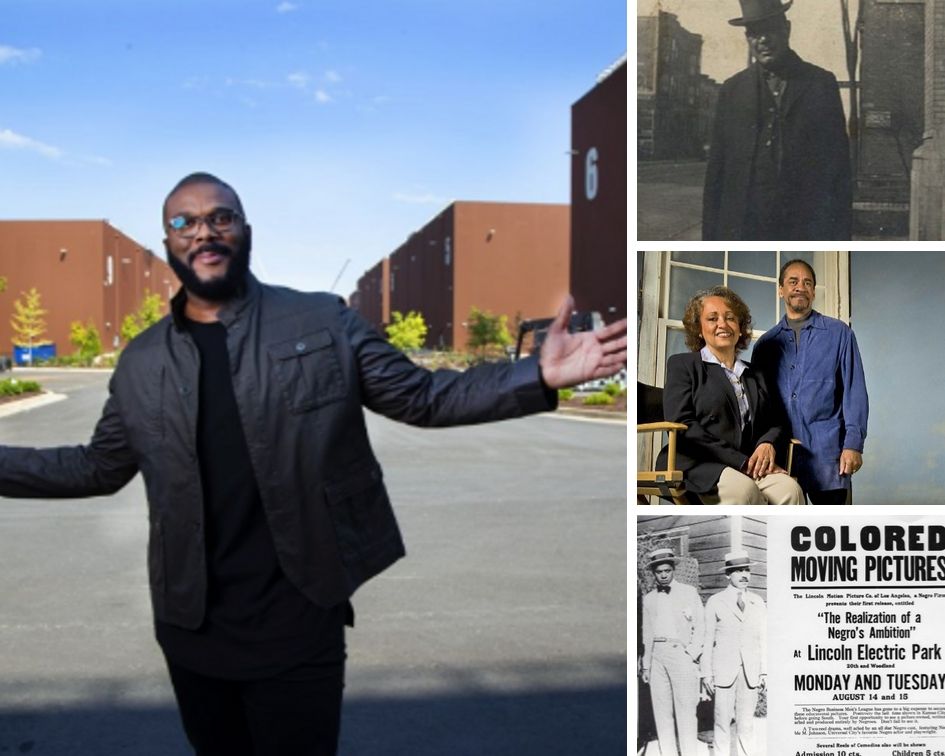 It’s exciting that Tyler Perry has launched a multi-million dollar studio in Atlanta creating more opportunities for Black filmmakers, but let’s be clear, he’s not the first.

This editorial, by all means, is not meant to rain on Tyler Perry’s parade. In fact, he has earned my respect in more ways you can imagine because of what he has created for African Americans. He’s creating wealth and access to more Black entertainers. He’s also an inspiration for future entrepreneurs hoping to follow in his footsteps.

The red carpet gala this past weekend that welcomed the biggest and brightest stars from Cicely Tyson to Beyoncé Knowles was covered by every major national media outlet. However, many outlets reported misleading headlines and ledes insinuating that Tyler Perry is the first Black man to own a major studio. While the major part may be a bit more subjective depending on variables like inflation rates and scale, Tyler Perry is not the first. There were many pioneers before him. Some of these studios listed below were also production companies. In large part, this list is meant to remember the historical accomplishments of so many African Americans in Hollywood and how they have helped to create positive Black representation in cinema. Let’s take a trip down memory lane and review the history of Black-owned movie studios.

Much like Tyler Perry, William Foster was a producer trailblazing a new path in the film industry. During the early 20th century, he became the first African American to launch a movie studio called the Foster Photoplay Company in Chicago in 1910. Foster wanted African Americans to control their narratives as many films with Black casts were owned by white studios and reinforced atrocious stereotypes promoting further disenfranchisement of marginalized Blacks. Foster was a man who had varied interests — he was a vaudeville actor, a writer (penning his name under the alias Juli Jones), and a film producer. One of the films to come out of the studio was The Railroad Porter. It was the first film produced and directed by an African American with an entirely African American cast. The Chicago-based Foster company had plans to move Jacksonville, Florida, as a way to gain a competitive advantage in the South, but never made the move out of Illinois.

Unfortunately for William Foster, running a movie studio was quite costly and he found himself in serious debt when his film Birth of a Race tanked. The Foster Photoplay Company closed its doors shortly thereafter.

Peter P. Jones Photoplay Company was another all-Black production company founded in 1917 by Peter P. Jones. The silent film The Slacker was the first production to come out of the studio. In the book Returning the Gaze: A Genealogy of Black Film Criticism, 1909–1949 by Anna Everett, Peter P. Jones sought investors overseas. He was likely the first Black venture of international film coproduction. He worked with South American businessmen and raised $100,000 in capital to make Black films shown in both the United States and Brazil. His work at the time was considered some of the best in the country. His films showed the progress of African Americans in the United States.

In terms of production unit crews, the Lincoln Motion Picture Company in Omaha, Nebraska, is considered to be the first. Founded by actor Noble Johnson and his brother George Johnson, it was also the first to produce race movies — films with all-Black casts intended for a Black audience. Famed educator Booker T. Washington, made a cameo in their film By Right of Birth in 1921. The Lincoln Motion Picture Company was short-lived due to lack of support from theaters and low sales; the company ended after producing 5 pictures. Its legacy remained an inspiration for future Black movie studios to come.

To be clear, Ebony Film was not a Black-owned studio. It was white-owned, but there’s a reason why it has an honorable mention on this list. Launched in 1915, Ebony Films was created under the name Historical Feature Film Company. The Chicago-based movie studio was considered to be one of the first companies to feature entirely Black cast in their motion pictures. According to an editorial written by Mitch Hemann for Norman Studios, Black audiences were turned off by many of the racial stereotypes exhibited in their films. This was coming off the heels of D.W. Griffith’s Birth of a Nation. When the studio’s reputation was compromised, the company responded by changing its name to Ebony Films and hiring a Black staff to run the show in 1917.

Enter Luther J. Pollard, a young entrepreneur who was hired and given the title president and general manager. However, he didn’t have much autonomy over the films being made; he had more of an advisory role and advocated for more positive and accurate representations of African Americans. Sadly, the insensitive investors who screened these films in front of both Black and white audiences alike didn’t care how African Americans were reflected and instead focused on their bottom line. This backfired as white audiences cheered and the Black audiences protested in disgust at how awful the portrayals were.

The Micheaux Film Corporation is considered to be one of the most successful production studios, in large part due to its sustainability. Its founder was famed director Oscar Micheaux, who produced over 40 films in his career. His breakout film The Homesteader earned him critical acclaim and commercial success, enough to garner the support to continue to create more films. Micheaux showed not only working-class Blacks in his films, but also upper-middle and bourgeoisie African Americans. His films often dealt with complex issues surrounding race relations.

Nearly 40 years later, the next Black-owned movie studio would be developed. In 1997, actor Tim Reid and his wife actor Daphne Reid launched a full-service movie studio in Petersburg, Virginia called New Millennium Studios. The 60-acre facility contained a 14,850 square foot soundstage and post-production facilities that included state-of-the-art digital technology. It was the only Black-owned film studio in the United States since the 1930s. Films such as Once Upon a Time When We Colored and Stephen Spielberg’s Lincoln were shot there. Unfortunately, due to the lack of support from the state’s incentives to allow filmmaking to be less expensive, the movie studio was sold for $1.5 million to a local realty firm.

In an interview with Essence, Perry says the following about his accomplishment:

“It feels like encouragement; it feels like gratitude. More than anything, what I’m hoping it becomes is for everybody else who is ever dreaming and hoping — they can do it, too. So that’s what I want it to become, fully.”

It also feels like encouragement to see Tyler Perry continue to magnify the legacy of Black excellence reflected through film and entrepreneurship.