At this point, we can all agree that 2016 was absolutely horrible. From hashtags to news articles, everyone everywhere decided that this year was a gigantic dumpster fire never to be spoken of again. And despite the intense horribleness of this trashcan year, Black people proved to be the shining light in an otherwise bleak 2016. Between political and economic turmoil, our music, movies, television, art, and overall goodness was the tape and glue holding us all together. And it’s important to give us our props for being so amazing in an otherwise difficult and terrible time. So, without further adieu, let’s begin this series, which takes a look at some of the greatness we exuded these past 365 days.

First up, is music. The soundtrack to this year was absolutely stunning, with music for everyone. Last year saw the release of Beyoncé’s LEMONADE, Chance the Rapper’s Coloring Book, Solange’s A Seat at the Table, Corinne Bailey Rae’s The Heart Speaks in Whispers, Drake’s Views, Rihanna’s Anti, Frank Ocean’s much awaited second studio album, Blonde, and so much more.

Beyoncé had an amazing year, from selling out her Formation World Tour before even dropping an album, to stealing the halftime show of the super bowl and literally defying gravity. Her visual album garnered Grammy nominations in Rock and Pop categories, and her performance at the Country Music Awards with the Dixie Chicks brought the house down. Add her waterbending show at the BET awards with Kendrick Lamar; and Beyoncé got her music all the way in formation this year, tapping into multiple genres and performing all across the world. 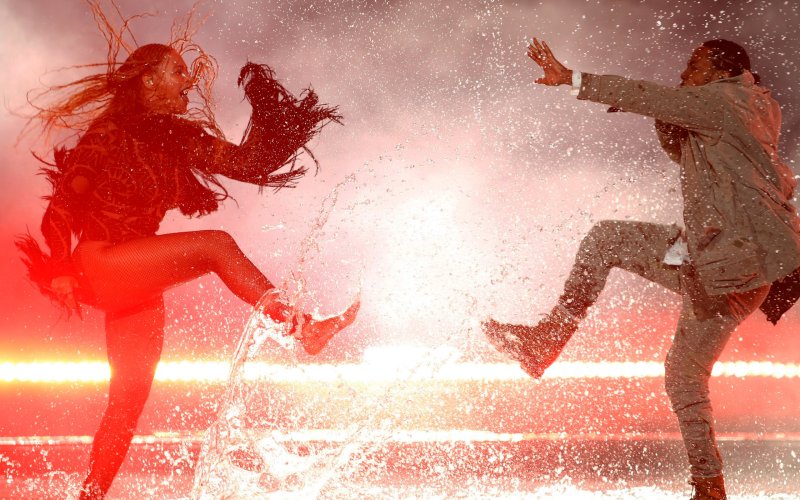 Not to be outdone by her big sister, Solange proved the Knowles sisters are a force to be reckoned with. A Seat at the Table became an instant anthem for carefree black girls everywhere, with “Don’t Touch My Hair” relaying an all-too-familiar experience many of us have had. Solange’s sultry vocals, deep lyrics, and mellow instrumentals put us all at ease and helped us endure 2016. Table was Solange’s first #1 album of her career.

Chance the Rapper had an amazing year as well, releasing his third mixtape Coloring Book that spoke to the 90s kid in all of us. The Magnificent Coloring Day Music Festival honored his hometown of Chicago. And Chance made history by being the first person in Grammy history to receive a nomination for a streaming-only album.

Professional musicians weren’t the only ones to drop a track this year either; our First Lady Michelle Obama teamed up with SNL’s Jay Pharaoh to make a hilarious and informative video encouraging teenagers to go to college.

And while President Obama didn’t drop any fresh rhymes like FLOTUS did, he did help Hamilton creator Lin-Manuel Miranda on a Rose Garden freestyle. The White House will never be this fresh again. 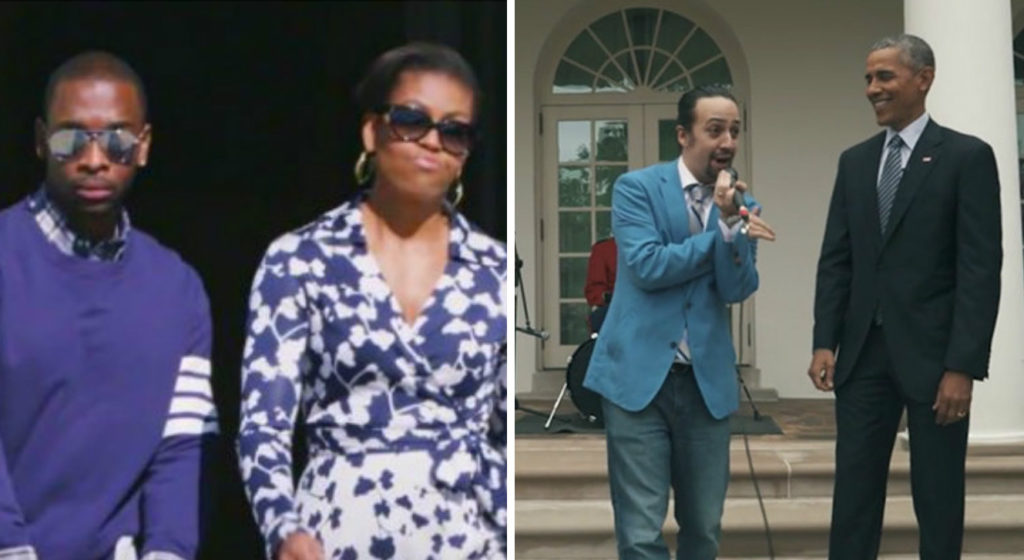 Last year was undoubtedly a great year for Black musical artistry, but it also left us with a large empty hole as a result of Prince’s death. In honor of his life, we were treated to many a tribute that paid homage to his music. The BET Awards’ ongoing tribute, featuring artists like Bilal, The Roots, Janelle Monae and Jennifer Hudson brought the house down. The October Prince Tribute Concert saw the likes of Stevie Wonder and Chaka Khan honoring their friend. Beyoncé even included Purple Rain in her concert. Prince’s death reverberated throughout the musical community and brought so many different artists together to pay their respects to him and his legendary music, giving us all a chance to grieve and remember together. 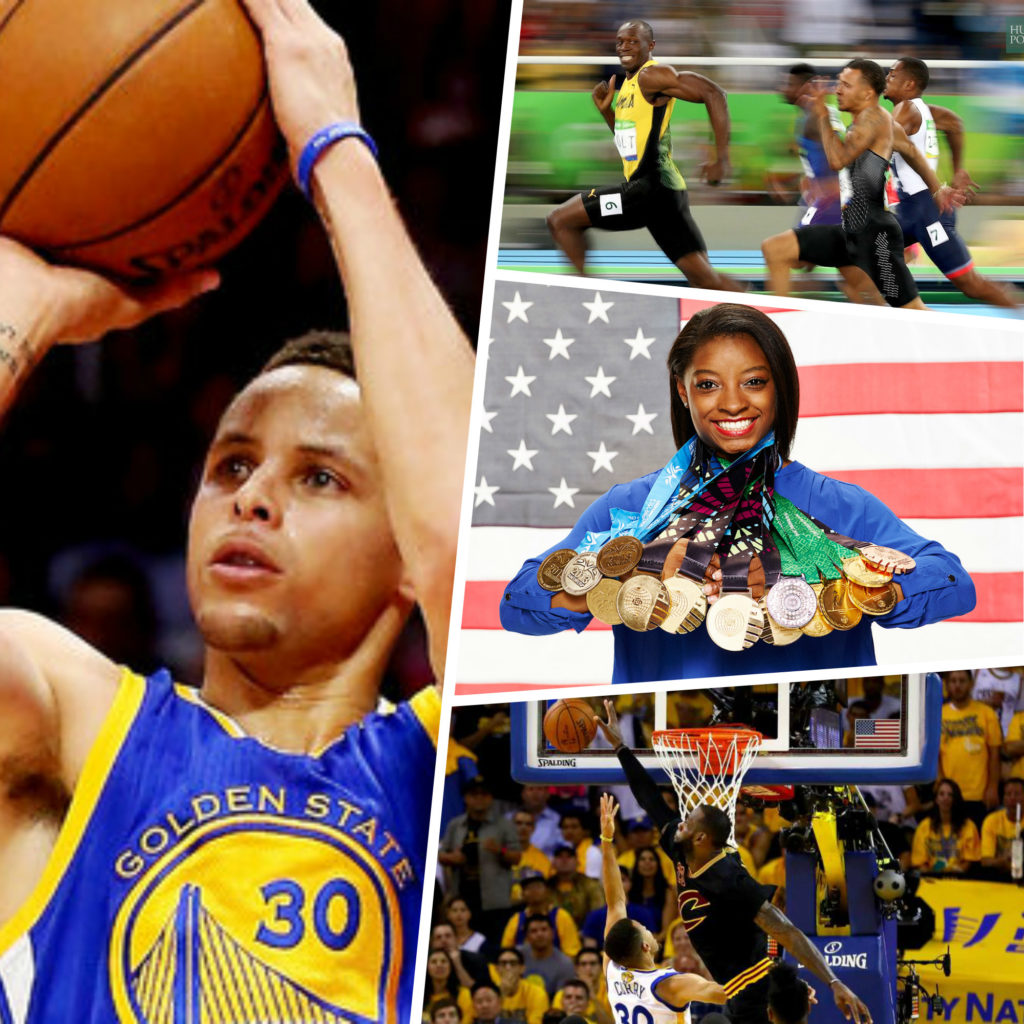 The 2016 sports world was full of greatness. The Olympics were as explosive as ever and the Cubs broke their 108-year-old curse and won the World Series. Many of these amazing accomplishments in sports this year were clinched by athletes becoming the first to achieve such a triumph in their field, which makes those victories even sweeter.

Game 7 in the NBA playoffs between the Warriors and the Cavaliers gave us that tremendous moment of Lebron James’ epic, game-saving Block, said to be one of the greatest in history. This year also saw Kobe Bryant’s bittersweet final NBA game with the Lakers, scoring an epic 60 points against the Utah Jazz.

LA Sparks’ Candace Parker won her first championship title, honoring her college coach Pat Summitt in her win. Golden State Warriors Steph Curry was awarded MVP for the second year in a row, the first time a player won the title unanimously. Carolina Panthers’ Cam Newton was mercilessly mocked for his eccentric wardrobe and also named NFL’s most valuable player after leading his team to a 15-1 record for the season. Arizona Cardinals’ David Johnson literally leapt over another human being as if he were playing leap frog and not football.

America’s gymnastics team personified Black Girl Magic and crushed it in the Rio Summer Olympics. Simone Manuel was the first Black woman to win an individual medal in swimming at the Olympics. Michelle Davis won shot put gold. Ash Johnson was the first Black USA water polo player to win. Canadian diver, Jennifer Abel finishing fourth in solo and synchronized springboard events. Fencer Ibthihaj Muhammad’s was the first Muslim-American to compete in a hijab and won bronze while she was at it. Allyson Felix became the most decorated woman in USA track and field history with her silver in the 400m bringing her to a total of seven medals. Usain Bolt lived up to his name yet again as he effortlessly flew to victory in the 200m while his competitors struggled to keep up.