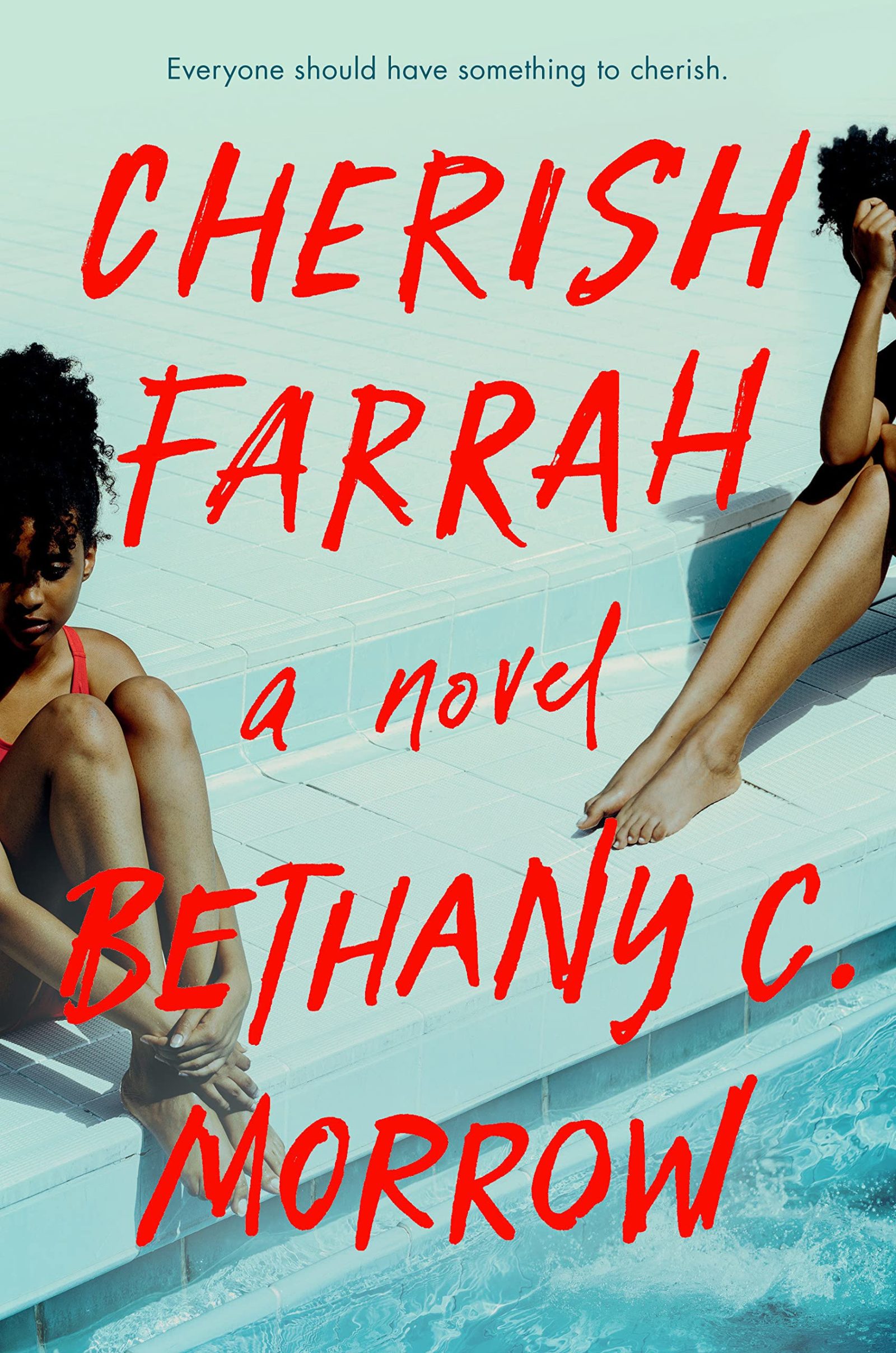 Bestselling author Bethany C. Morrow gives us a new adult social horror novel that I did not want to stop reading. I did not know what I was getting myself into. The story definitely clings to you, once you’ve finished.

Social horrors are interesting to me, so the comparisons to movie Get Out and novel My Sister, The Serial Killer pulled me in. When you think about it, reality is actually far more horrifying than any story you could make up.

Cherish Whitman and Farrah Turner are best friends and the only two Black girls in their country club community. When Farrah’s Black parents foreclose on their home, Farrah moves in with Cherish and her white adoptive parents, Brianne and Jerry Whitman.

They open their home to Farrah, but she is determined to be in control. An example of that is something Farrah says: “She isn’t just the home I’ve chosen; I’m the one who mattered. I’m the one who saw her. When she thought she was comfortable in the life her parents made for her, even with their hair and skin care classes, their social awareness, and the way they’ve been intentional in raising a healthy, protected Black daughter. They made her vulnerable. They gave her a void, and I filled it.”

Cherish Farrah takes a while to build, but it’s worth it for the ending. The story is told from Farrah’s point of view, a seventeen-year-old who is obsessed with control. She deeply analyzes every word and action that comes at her to keep everyone under her thumb. She does not let her mask down for anyone, especially Cherish, who she likes to call WGS — White Girl Spoiled. Well, she’s not wrong. Cherish is spoiled and coddled in a way that even upper-class Black parents can’t afford to do.

Cherish doesn’t understand just how privileged she is. But that naivety just means she’s easier to manipulate by Farrah. Staying at Cherish’s house should be the best possible thing — except that from the moment Farrah gets there, she can’t quite seem to feel like she has any control at all. Farrah’s mother thinks there’s something wrong with her daughter, and she wants to take her far away from Cherish and her parents. There are strange things happening — debilitating illnesses, fever dreams, and tension with Cherish’s boyfriend. There’s also a mysterious journal that seems to keep track of what is happening.

I did not like the way Farrah treated her parents after they lost their home.  She came across as entitled, but you realize she just wants things because Cherish has them. Cherish has them effortlessly. She has no idea how the real world works for young Black girls. Farrah wants to give her a dose of reality, but the Whitmans are not on board with that. This starts a brutal back-and-forth game that we have to endure as the reader. This is when I realized how sharp Morrow’s writing is. She is able to give us this threatening atmosphere while simultaneously keeping the characters oblivious to it.

This book also examines the inequalities and intersectionality of race and class. If you’re expecting a light, funny novel about two Black girls in a white community, this is not that story. It goes much deeper than that. Remember, this is told from Farrah’s point of view. So, we only see what she sees and hear what her thoughts are. They are dark.

Cherish and Farrah become friends when they are young, and the way in which their relationship is sealed during this early stage is revealing of the strange characteristics that their relationship still shows in their almost-adult lives. Like the title says, these two are inseparable but their bond is not healthy.

After Mrs. Whitman gives Farrah one of Cherish’s birthday gifts because she has “gotten more than her share,” Farrah says this about mother and daughter: “I know something about both Cherish and Brianne Whitman that neither knows about the other, even if it’s as simple as the length of a shower.” For me, this shows just how diabolical Farrah really is. It’s even more disturbing because she’s a teenager.

There is a strong focus on masks, manipulation, and power plays, and some of it does make sense as a reflection for the story as a whole, but it never quite resolves. Farrah is mentioned as seeing things that aren’t there in passing,” and her mother says there’s something wrong with her. But none of that ever becomes important enough. I spent the whole book waiting for answers about why Farrah is the way she is, and because it didn’t happen, I was left to figure it out on my own.

The story keeps reminding you of the differences that are at play — the social hierarchy, the careful planning in order to get what you want out of a world that doesn’t want to give it to you. As a social horror, I do believe it succeeds, and the events in the final 20 percent of the book definitely add to that feeling.

I believe “social horror” means that it opens the door for important conversations. For me personally, I think this book does that with racism, classism, social injustice, and even mental health.

This is the kind of book that is supposed to disturb readers and make us think, and Morrow achieved both of these goals. This was my first novel by Bethany C. Morrow but will not be my last.

‘MEM’ grabbed me from the first page and never let go