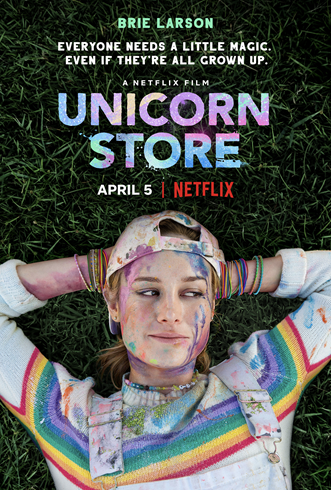 Brie Larson and Samuel L. Jackson are teaming up again — but in a different kind of film. The two will appear in the impending feature film Unicorn Store, directed by Brie Larson. Unicorn Store made its premiere at the 2018 Toronto International Film Festival and in April will be available for streaming on Netflix.

Kit (Brie Larson) is a lonely twenty-something dreamer who’s reluctant to leave the comforts of childhood and fully embrace adulthood. But when art school sends her packing, Kit is forced to move back home with her parents and take a temp job in a boring office. Just when she’s resolved to finally put her Care Bears aside and grow up, a mysterious salesman (Samuel L. Jackson) enters Kit’s life and offers to give her childlike heart its greatest desire. Larson’s directorial debut, with a script by Samantha McIntyre, is a love letter to everyone’s inner child, and a reminder that no dream is impossible.