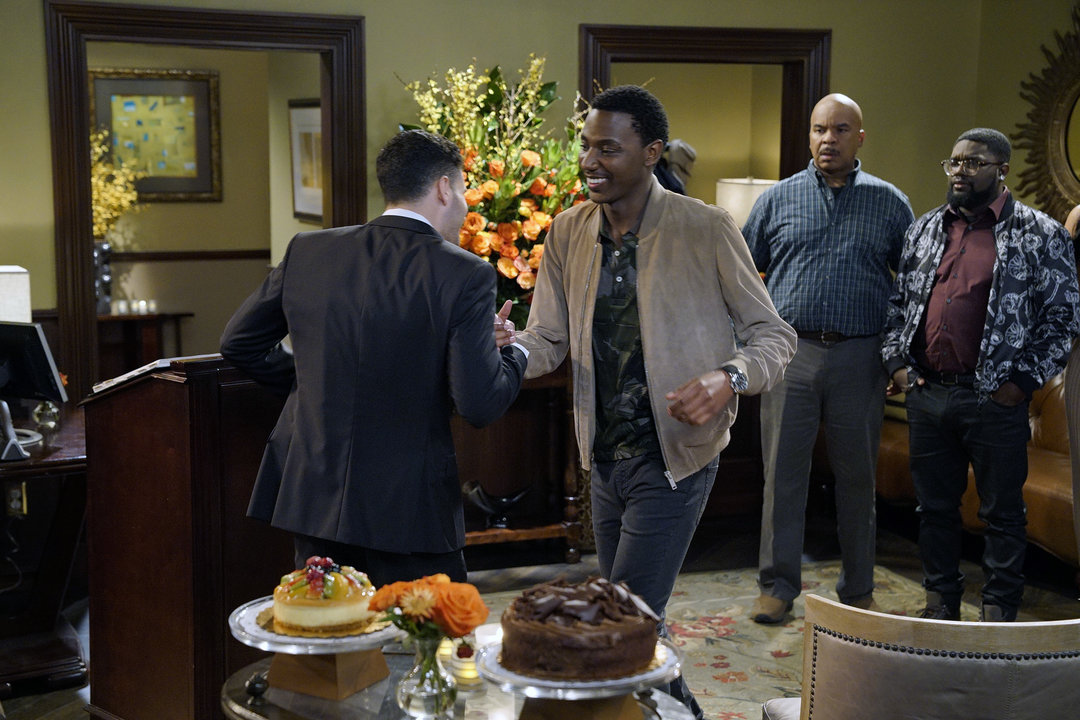 This week’s Carmichael’s Show celebrates Cynthia’s birthday and is sponsored by Amazon Kindle — but not books.

Jerrod and Maxine give her a biography about Jackie Kennedy, but she isn’t feeling it because apparently black people don’t read like that (clutches my books to my chest in disgust). Jerrod and Maxine are flummoxed and offended by this terrible stereotype (same) and try to reason with his parents and Bobby about why that isn’t true.

Joe tries to explain to them the unspoken rule of things black people don’t do this includes skiing (done it) and letting dogs lick you in the face (this rule REALLY should apply to everyone). Jerrod asks his family if they have ever questioned these “rules” and if there are any unpopular black thoughts that they have.

Cynthia shares that she doesn’t think that Denzel is that good of any actor and just plays himself in various movies. And Bobby shares about the time he racially profiled a bunched of teenagers near a Starbucks. Running off of this train of being individuals within their blackness, Jerrod suggests that the go to a different restaurant instead of the black staple that they attend all the time.

They go to a restaurant (Fontine’s) in the white part of town, and Cynthia goes to check out the bathroom because she assumes it’s nice (it is). Jerrod’s friend is the one who got them the reservation, and when he greets him at the host stand he calls him “nigga,” which normally wouldn’t be a big deal… but he’s white.

Nekiesha isn’t having it and leaves, everyone else is horrified, but Jerrod doesn’t think it’s a big deal. They get seated and his family (minus Cynthia who’s still in the bathroom and Nekiesha who left) lets Jerrod have it for showing his ass and letting his white friend call him the N word.

Cynthia comes back from the bathroom excited (it had mints!) and Maxine tells her they have to leave because Jerrod’s white friend called him a nigga on her birthday. Maxine goes to get their coats and when she’s gone the waiter brings piping hot pretzel rolls. The rolls are so warm and delicious that the family considers staying because the food has promise (THEY HAVE HONEY BUTTER Y’ALL!).

Jerrod continues to try and justify giving his friend a pass, and his family (hypnotized by the pretzel rolls and honey butter) start to see his point. Maxine tells them a story about her being on the swim team and being harassed by the opposing team and being called the same word and how triggering that was for her. The Carmichaels are not impressed, as they expected a sad story of triumph from her.

Jerrod’s friend comes back over to check on them and in a Don Lemon-esque moment, Maxine screams at him that they are not “niggers” in front of everyone. Obviousl, they have to leave, and they end up at the “black restaurant.”

Everyone’s salty because of where they are, and Maxine apologizes. Bobby tells Maxine that she shouldn’t be allowed to say the n word anymore (I agree) because she said it with such malice in her heart. Still hung up on Florentine’s, Cynthia is sad that she can’t even get sparkling water at Neesies.

This episode was eerily relevant especially considering the BS with Bill Maher like two weeks ago. The flow of the episode took a sharp turn when Jerrod was called nigga by his white friend which was a great way of illustrating how your day, and the relationship with said white person, also takes a sharp turn when they say that.

Figuring out the politics of that word is something that every black person must deal with whether they find it degrading or not; and I agreed with Maxine to a point. White people should never say that word and being able to successfully culturally appropriate black culture without being reprimanded doesn’t give them a pass. Her saying nigger with a hard R like that though… no bueno. I gasped.

Shout out to Jerrod Carmichael (the actor not the character) for clearly letting Transformers advertise during his show, but only if he’s in EVERY scene of the trailer.

And to the real ass audience member who FELL OUT at Nekeisha’s Michelle Obama joke.

I mean it’s Cynthia’s birthday so I have to give it to her. The Denzel analysis was hilarious and had some merit to it (don’t @ me). And her fascination with the Fontine’s and their bathroom was adorable.

“On my birthday!?” – was hilarious