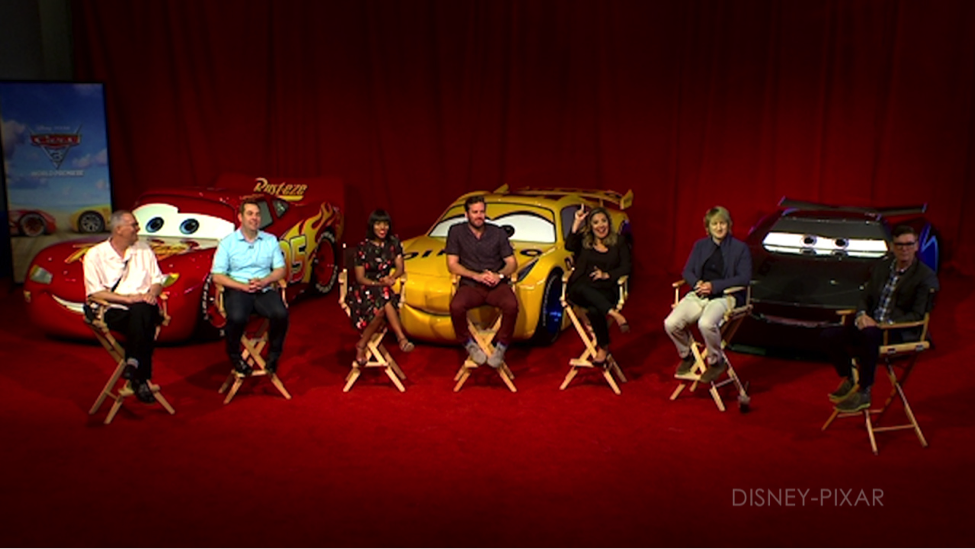 The press conference for Disney-Pixar’s Cars 3, the latest movie in the Cars franchise, featured an all-star group of its production team and stars. The event was held at the Anaheim Convention Center this past weekend, and included actors Cristela Alonzo (The View, The Angry Birds Movie), who voices Lightning McQueen’s strong, smart, and funny racecar trainer CRUZ RAMIREZ; and Kerry Washington (Scandal, Confirmation, Ray), who voices the no-nonsense racing statistics analyst NATALIE CERTAIN.

Much of the buzz about Cars 3 centers around the character Cruz and the positive impact that her character is likely to have on little girls who watch the movie. I asked the two actresses’ thoughts on how well they felt this story would do with little boys, who make up a large part of the franchise’s audience.

Alonzo and Washington agreed that Cruz’s story and her appeal would not be rooted in her gender, but in her struggle to conquer her own sense of “otherness” and the feeling of being an outsider despite being at the top of her game in a sport that she loves—a feeling that is not confined to gender. 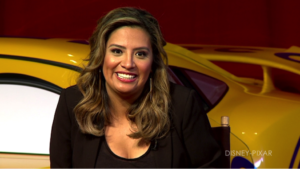 “I think we don’t have enough stories about female characters actually in a world with male characters where they get to succeed in a way that isn’t romantic or anything. It’s just been empowered and succeeding. And so, I think it surpasses gender,” said Alonzo. “For me, it’s just anybody, any kid, that feels disenfranchised, disappointed, feels like they don’t belong, feels like that, you know, ‘What’s the point’? This is the story for them. For me this is a story about hope and we need more stories like that because the kids are the ones that grow up and they’re the ones that take over the country.” 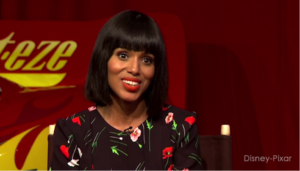 Washington agreed, saying, “I think that because the film is so grounded, no matter what the specifics are about why you feel like an outsider or why you feel like ‘other’ or why you feel disenfranchised or underrepresented, no matter what that looks like for you, you can identify with Cruz. So, I think it will resonate with all kinds of people and I think one of the reasons why we say it’s for everybody is because what’s so special to me about this film is not that the girl beats the boy but that they win together, and I think that’s such an important message that she wins but that they win together that there’s room for the mentor and the mentee, for the girl and the boy, champion and the newcomer, and that if we work together there’s room for everybody at the table and I think that’s one of the most special things about the film.”

You can hear my question and Alonzo’s and Washington’s answers in their entirety in this clip from the press conference.

The press conference was moderated by Ray Everham, a NASCAR expert and voice of RAY REVERHAM in Cars 3.

About CARS 3
Blindsided by a new generation of blazing-fast racers, the legendary Lightning McQueen is suddenly pushed out of the sport he loves. To get back in the game, he will need the help of an eager young race technician with her own plan to win, inspiration from the late Fabulous Hudson Hornet and a few unexpected turns. Proving that #95 isn’t through yet will test the heart of a champion on Piston Cup Racing’s biggest stage!