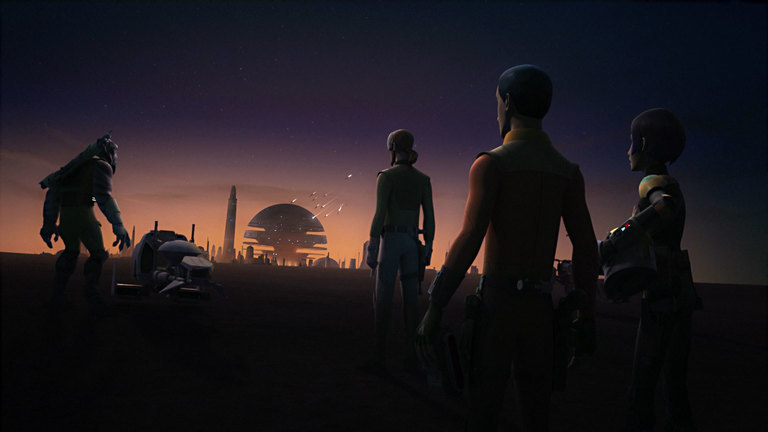 This summer at Fan Expo Canada, more details were revealed about Star Wars Rebels Season 4 — the final season. The highlight of the panel was the new trailer for the season and an official release date of October 16!

This new trailer (which you can watch above) brought some really intense emotions to Rebels fans. The teaser is very heavy on the paths and decisions the Rebel’s crew are encountering as they edge closer to the events in Episode IV. There are also very strong links to the latest Star Wars blockbuster film, Rogue One, including the return of Saw Gerrera. The crew also deal with an Imperial assault on Mandelore, Thrawn’s continued attacks, and an attempt to help Ezra’s home planet of Lothal.

Star Wars Rebel creator Dave Filoni also started a special hashtag this week called #Followthewhitelothcat, where he shares pictures of his Canadian adventures and maybe a few clues of things to come? Check it out!

It’s So Hard to Say Goodbye on ‘Star Wars Rebels’