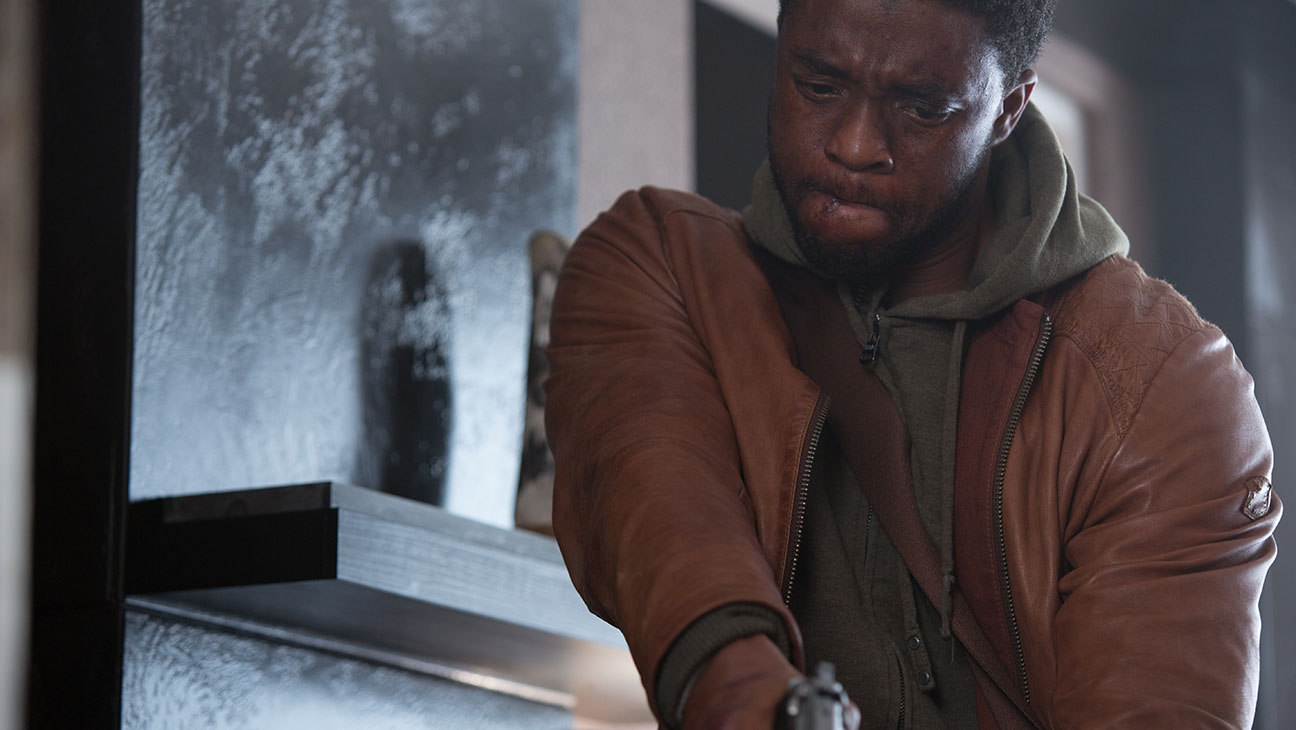 The mission is clear from the very beginning of Message from the King, a movie directed by Fabrice du Welz with Chadwick Boseman in the starring role as Jacob King. King must find his sister somewhere in Los Angeles and ensure her safety. He travels from South Africa to LA with this mission in mind. Unfortunately, what began as a well-being check-in becomes a trip of vengeance as King struggles to figure out what happened to his sister. He must also stop the villains she’s tangled with from ruining the lives of others who are just as lost as his baby sister.

From the moment the movie began, with the message in the sister’s voice (played by Sibongile Mlambo) to the questioning by the TSA in America, far from his home, it all feels like the setup for a black version of Taken. (You know, that movie where the old dude with a particular set of skills talks to the people who kidnaps his kid and tells them he’s going to find them and kill them and then he races around the world and DOES find them?) Yeah, Message from the King has that same feel in the beginning. There’s that neo-noir tone on the whole scene, which moves slowly until the first spate of violence breaks out.

However, this is not a black Taken. As we find out immediately that the sister cannot be rescued, but the men who treated her so badly must be punished. If left alive, they will continue to crush lives and drain souls in LA. Unlike Taken, Jacob King must do some sleuthing, which slowed the pacing a bit and can lose some of the audience who are used to more fast-paced, consistently violent fare. The intellectual mystery lover, however, will appreciate the way King interviews the players in his sister’s life, including the excruciatingly dim friend Trish played by Natalie Martinez. Trish has the most information to give, but is more interested is satiating her own pleasure. She does manage to drop a few clues that lead King deep into the underbelly of the LA nightlife. This is the place that is dirtier than a sewer drain with criminals and manipulators at every turn. All King knows is that someone in the environment knows what happened to his sister. He intends to get the whole story before his 7-day holiday and $600 in cash runs out.

Boseman carries the starring role and the entire film. He is a leading man who was meant to play the hero, no matter how dirty his “cape” may have to get. This is also where audiences can get a glimpse of Boseman’s acting chops before The Black Panther event takes place in February. In this film, he shows off his smooth fighting moves, his deftness with the fight scene choreography, and his ability to maintain the stone face of vengeance even in the face of Gomez and her character’s irritating silliness, proving that DC was right to tap Boseman for the Black Panther role. Actually, if he would have had a handful of punchlines and some funk guitar riffs in the background, Boseman coulda have pulled off Shaft as well.

The audience may find the movie a bit messy at times, especially when Trish comes crashing through her party scenes. A good eye-roll may be in order to break the awkwardness of those moments. However, these moments don’t distract from the rest of the film. The remainder of the cast seems to hold their own opposite Boseman’s strong performance, despite a few snags in the dialogue.

Although audiences may be tempted to compare Message from the King to Taken, such a comparison will be neglected once Boseman warms into the character’s detective role. Deny the urge to make the comparison and instead take in the way Boseman works such a gritty story with an often depressing, sometimes slow and other times awkward movie into an entertaining film of mystery and vengeance. You don’t even have to squint to see that Message from the King and Boseman in that leather jacket are the perfect yummy snack before the Black Panther cookout in February.

Chadwick Boseman’s Final Performance as T’Challa on Marvel’s ‘What If…?’ Premieres This Week