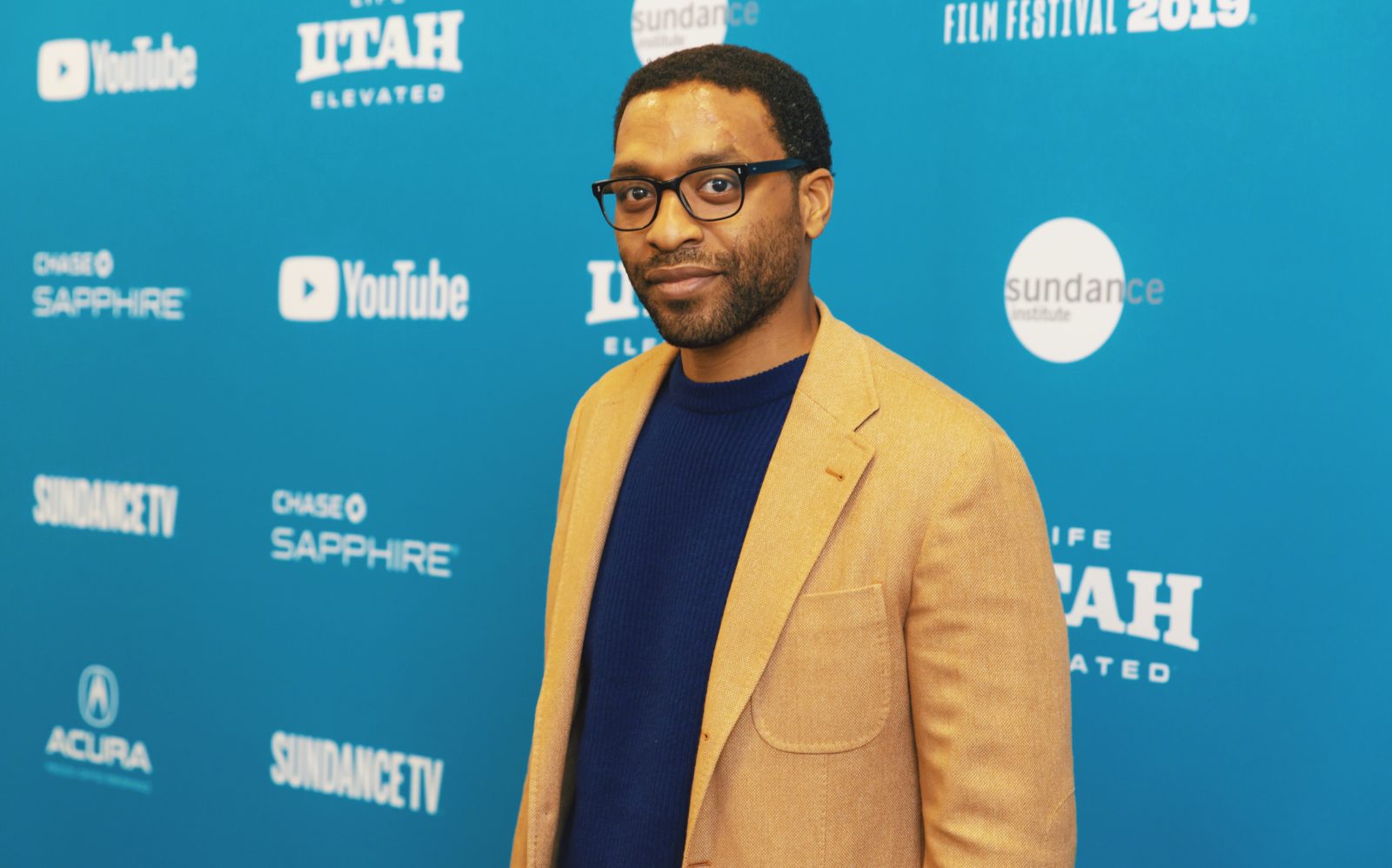 In one of the most groundbreaking story adaptations I’ve watched in a long time, The Boy Who Harnessed The Wind is a film that stays with you. Based on the book of the same name by author William Kamkwamba, tells the true-life story about triumph over tragedy.

As critic Jonita Davis summed it up in her Sundance review, she described the story as a closer look at the African famine, the government breakdown, and the traditionalist attitudes that forced families to break long-held traditions and embrace technology.

Actor Chiwetel Ejiofor, most notably known for his performances in films like Kinky Boots, American Gangster, and 12 Years A Slave — decided to take on a new role as a director. In his first feature, he tells the provocative story of this young boy and plays the part of his father Trywell. BGN sat down with the multi-hyphenate to discuss this work of art and what’s coming up next for him.

How did you come to find this project, and what led you to decide that, this is going to be my directorial debut?

The book was recommended to me by a friend of mine who was at the book launch party in L.A. in 2009, it must have been. And so, I got the book just immediately after that, and just read it and was completely stunned by William’s journey, by William’s experience. Just what he did and the inspirational and positive, optimistic nature of the story. And that kind of absolute tenacity that he displayed, and a real sense of optimism living in the solution to problems.

It had a strong humility to it, the way that the book was written, with Bryan Mealer his co-author, but it also really depicted, I felt, a kind of rural community in a way that I hadn’t really seen depicted before. To have this rural community experience what they’re going through from the inside of that experience. And really go with them through the kind of peaks and troughs of that experience, of what is happening, and see the world really through their eyes in a very rich and detailed way.

I was deeply inspired by that. I’d spent time when I was growing up traveling to Nigeria, both as very young and also older as an adult. And then spending a bit, not as much time really, in the rural communities where I also have extended family and so on. And just that sense of having an authentic representation of that kind of community.

I’m so glad that you decided to bring this on the big screen, ’cause it’s a story that I feel like so many people should know about. The language of Malawi, Chichewa, is spoken prominently in this film, and you speak it proficiently. There are also moments where you switch off from English to Chichewa.

Is there any reason why you decided to film the dialogue that way?

Well, mainly because it reflects how English and Chichewa is spoken in Malawi. It’s one of the things I was really reflecting on when I was out there, making decisions, because my first instinct was that…there’s so much English spoken in Malawi, in terms of in schools, in businesses, places of business obviously between people of different tribal backgrounds, it’s a kind of common language. But there was a conversation about maybe, the film could have been sort of exclusively in English but what never really added up to me was how that would work in the village communities, in that kind of private space and I was very keen to sort of talk about, and invite an audience into these private spaces and I think one of the ways into that is how people communicate, and to try to be sort of honest to the manner in which people communicate.

So, it felt that there was a real need to try and, in the process of sort of telling that honestly to use Chichewa, but also then to also keep that sense of English and also with the younger generation who speak English to each other even in the village sometimes, but they slip in and out of Chichewa, so to try and represent that authentically as well. And that kind of bilingual dynamic I think is something that a lot of people, sort of internationally are quite accustomed to, either in their own family dynamics or with friends or so on, that they kind of know that slipping in and out of different languages and stuff is just a kind of part of our contemporary world, sort of almost wherever you are. So, it just felt that that was a very authentic and organic way of telling the story, yeah. 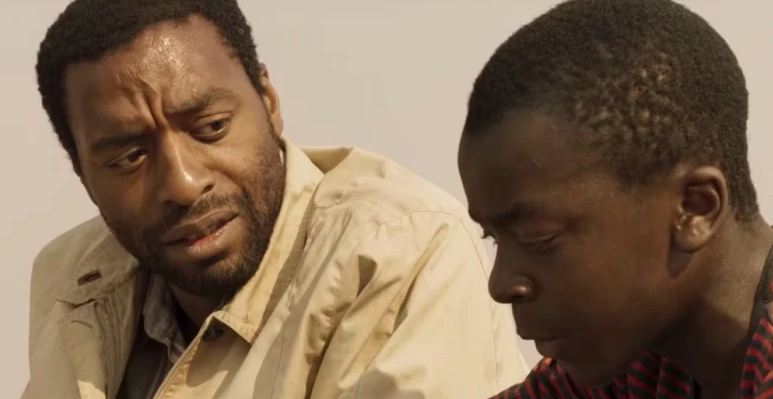 You really came in strong as a freshman director in making this film. Have you found that your career and your body of work as an actor groomed you to become an efficient director?

I’ve been very fortunate to work with so many terrific directors in my life, and although I was never kind of consciously, in the space of kind of a, sort of vocational training, when I was approaching this project it was sort of difficult to deny that there were certain areas in which I felt more comfortable than I think I would have been if I hadn’t had the experiences that I’ve had as an actor because there were a number of things that I had seen work and ways of working that had yielded results and just ways of being on set and crafting a set that I had seen over the years.

And I think more than anything it allowed me a kind of confidence because there were certain things that I had seen work and been inside the process of them working and so understood to some degree why they work. They would kind of offer that a little bit. So, definitely invaluable to be on set and working with people for as long as I have done.

Has working on this movie inspired you to take on more projects as a filmmaker and if so what kind of projects would you be interested in working on next?

Yeah, I mean I think it has yeah. I was very fortunate in this film because I read a book almost 10 years ago — the best part of a decade, without ever sort of waning really in my enthusiasm, I just thought very strongly that I wanted to get this story out there and for that I just feel very spoiled by that in a way, so would love to, find more projects to direct.

I do feel like there are such rich stories out there so I’m excited about that stage of everything. 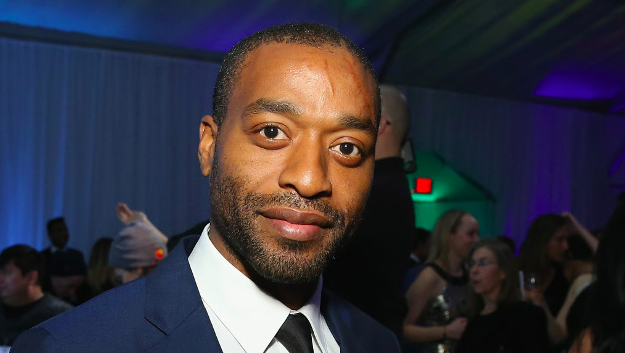 So, I have to ask you this question ’cause we here at Black Girl Nerds are very excited for The Lion King, which is coming out soon. And you’re playing Scar, so that’s a big deal, you’ve got some big shoes to fill. Will Scar share some of the parallels from the animated version or are we in for a completely different kind of villain?

We’re gonna all have to wait and see. What’s amazing is that it’s such, I mean I, like anybody else, am just totally like I’m first in line, I’m really thrilled. It was an incredibly exciting process for me to play the part and to engage with The Lion King which was such a major part of my childhood, but I don’t wanna give anything away sadly, but I think it’s gonna be pretty exciting.

What’s coming up next for you?

Yes, The Lion King is coming up obviously and then just after that this year will be Maleficent 2 which was a project that I made with Angelina Jolie last year which is, I think it’ll be fantastic. Those are the two projects for this year which I’m really excited about, about both of them.

Thank you so much for taking the time to talk to us, such a brilliant film, I really loved it.

The Boy Who Harnessed The Wind is currently streaming on Netflix.