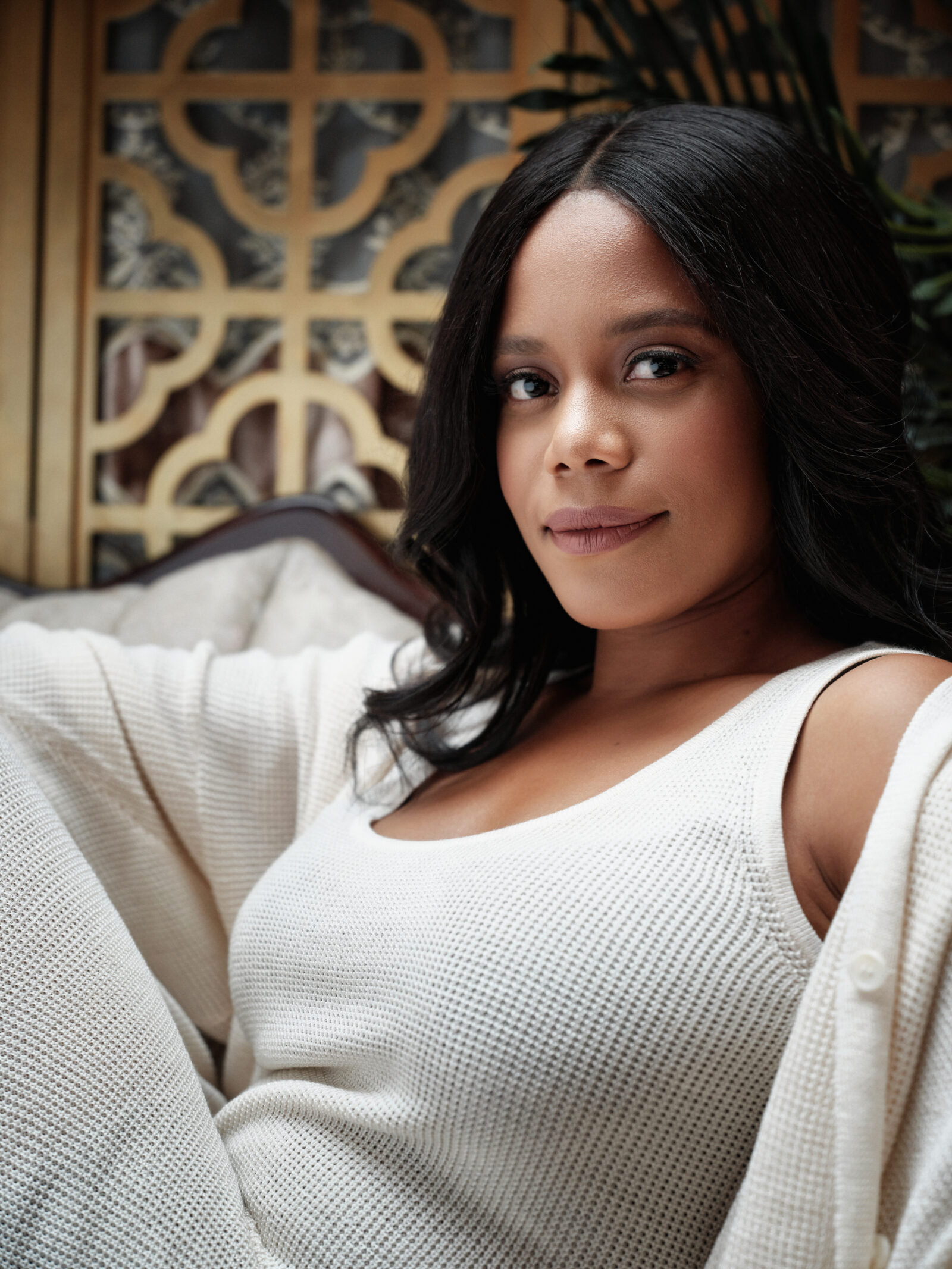 Now more than ever, programs are arriving that are working to showcase every aspect of the Black woman experience. Following the footsteps of ’90s classics such as Living Single and Girlfriends, Twenties by Lena Waithe and Insecure by Issa Rae through their heart-warming and hilarious content are working to be a support system for Black women across the globe.

BGN talked with actor Christina Elmore, who plays Marie on Twenties and Condola on Insecure, over the phone to discuss how she distinguishes between the characters, Insecure as it enters the final season, and how working on these shows impacted her in every aspect of her own life.

In Twenties and Insecure, you play Marie and Condola, who are in completely different stages of their lives. What techniques or concepts did you use in order to embody each unique character as you saw fit?

I really love that while they are similar in that they are both professional women who are trying to achieve, I think Condola is like 10 years down the line of where Marie wants to be. She has figured out her career, she is settled, and she is able to now reach back and help others. Marie is still in a place of striving, searching, and wanting to figure out if the decisions that she is making right now are what she really wants. For me, because I know both of these women intimately, I know about being in the striving stage of trying to figure out, “Is this what I want? I’ll do this, I’ll just keep going, I’ll just do what I’m supposed to do, A and B equals C.”

Now, I think I’m more in a Condola stage in life where I’m like, “This is the woman that I am, this is the life that I have.” I mean, I still have a lot to figure out. but I’m not striving for it. So I feel like for both of them, they are a bit of an extension of myself. For Marie, I have to think back to that feeling. I get to let loose a part of me that I hold a little tighter, and that’s her judgmental “Tell you like it is” side, which Christina doesn’t have as much. It’s fun to get to express that in Marie, while Condola was a little bit more mature.

What character do you feel you, as Christina, relate to most — Marie or Condola?

I think both. I think Season 4 Condola before the major curveball of the baby, I would have been like, “I’m definitely a Condola. I figured it out.” That baby threw a big curveball at her. I think maybe I’m more of a Marie right now. But I think both of them. I love them both. They are just like me. I don’t know if God just was like, “Here, you need to work out some of your issues through these characters.” I think I really do them both in such surprising ways. Marie, I am a person who was like, “I will go to college, then I will go to grad school, then I will do this.” Some of that worked out. Then I think some of it I looked up and I was like, “Is this what I actually want to be doing? Am I doing this because it’s what I told myself I would do when I was 16? Am I doing it because I truly still want this, and it’s just the way I should have done it or could have done it?”

So I feel that for Marie. I also understand that “I will then meet a man, then we will have a home, then we will get married and we will have a kid,” and I’ve been on that path. Even now two kids in, I’m looking up like, “Oh, life comes at you fast.” I think I am both in different stages of my life.

The premiere of the season of 5 of Insecure has arrived. How does it feel celebrating the show’s final season?

I love Insecure as a viewer and as a fan, so for me, it’s really bittersweet. I’m like, “Oh, this is it. There’s no more after the season. What do I do on a Sunday night?” As an actor being there this last season, getting to be a part of landing this plane has just been such a gift. I feel so grateful that what I thought was going to be a two-episode guest-star thing turned into what it did. I get to be a part of a show that really changed the landscape of TV and certainly, it’s been tainting the landscape of my life. I feel so grateful. This past weekend, celebrating the show, we had a big premiere and then Insecure Fest. I got sad in the spring when we stopped shooting, and then now there was no more sadness. It was more like, “Look at what we made. Look at what we got to be a part of — this beautiful vision that Issa had.”

How has working on these programs that fully showcase the modern Black woman experience helped you grow not only in your craft but as a person?

I think you hit the nail on the head that I’ve grown as an actor. I’m getting to play characters who are specifically written as real and authentic Black women. I’m not just a Black person who was cast in a role that somebody had an idea of a white woman playing the whole time. I feel like the words, story, and the journey that they’re on feels really specific and real. It represents so many women I know. That’s just been a godsend because I’ve worked on other things before that were not specifically Black but came out of my Black body and my Black mouth. There can be sort of a weird dissonance there. I don’t have that at all with Condola or Marie, so that’s huge.

Just in terms of my life, I get to be a part of shows that are telling our stories that come from a long line of shows that have done that, like Living Single or Girlfriends. I am so grateful that there’s a renaissance of those kinds of stories being told on TV and that I get to be a part of them. Working with these two incredible Black female powerhouses who have created this world and I’m telling these stories, it’s just a gift. In 20 years when I look back at my career — and I hope it is a long and illustrious career filled with all kinds of things — I’ll look back at this moment and be like, “I got to be on those two shows at once. That was incredible.” I don’t take it for granted.

The final season of Insecure airs on HBO every Sunday at 10/9 PM central and Twenties returns November 17 on BET.