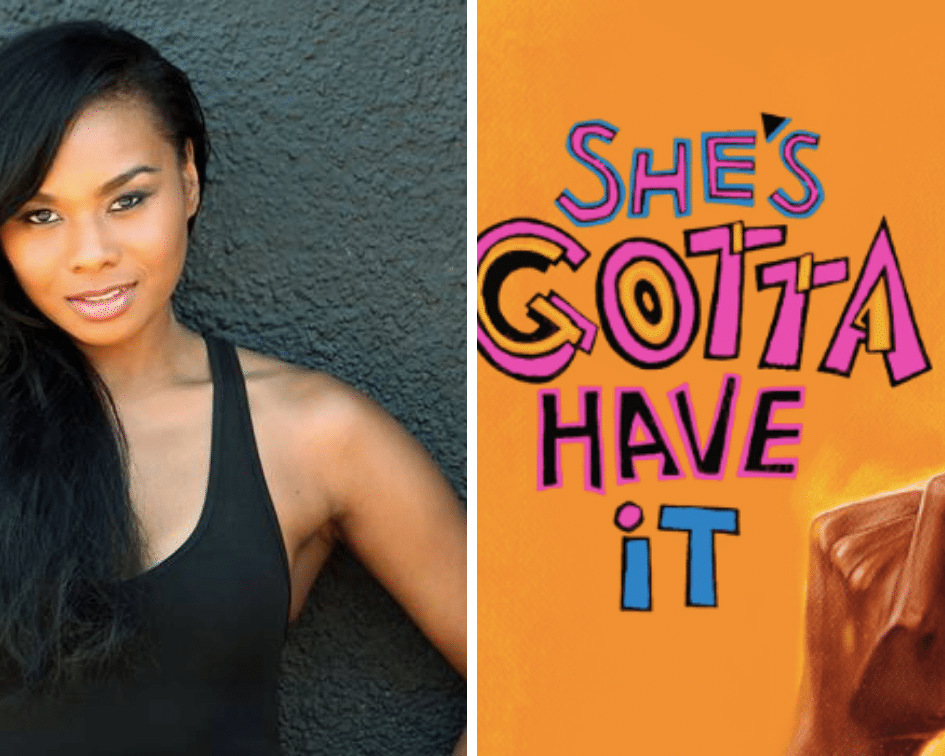 She’s Gotta Have It, based on the motion picture from Academy Award winner Spike Lee, returns to the streaming network May 24.

Chyna’s portrayal of Shemekka last season was unforgettable, to say the least. Shemekka was a dancer at the Hot Trot, a popular burlesque club owned and operated by Winnie Win, played by rapper/actor Fat Joe. Shemekka wasn’t pulling in enough money from the customers during her performances. She had a great smile, but not the “big ol’ butt” to go with it. This led to Shemekka getting butt injections that nearly kill her.

I talked and laughed with Chyna about what to expect from season two, Nola and Shemekka’s friendship, and how she got the part.

Congratulations on being a series regular!

How did you get the role?

I used to work as a casting assistant to casting directors Kim Coleman and Michelle Adams. Both worked on season one. A friend had information about a role in the series, and it had a description of the character Shemekka. The description was that Shemekka is from Brooklyn, she’s Jamaican, and she has a flat ass.

I called Kim and texted Michelle like crazy! I sent them an email, and it said, “Y’all know me. I’m from Brooklyn, and I have a flat ass!” 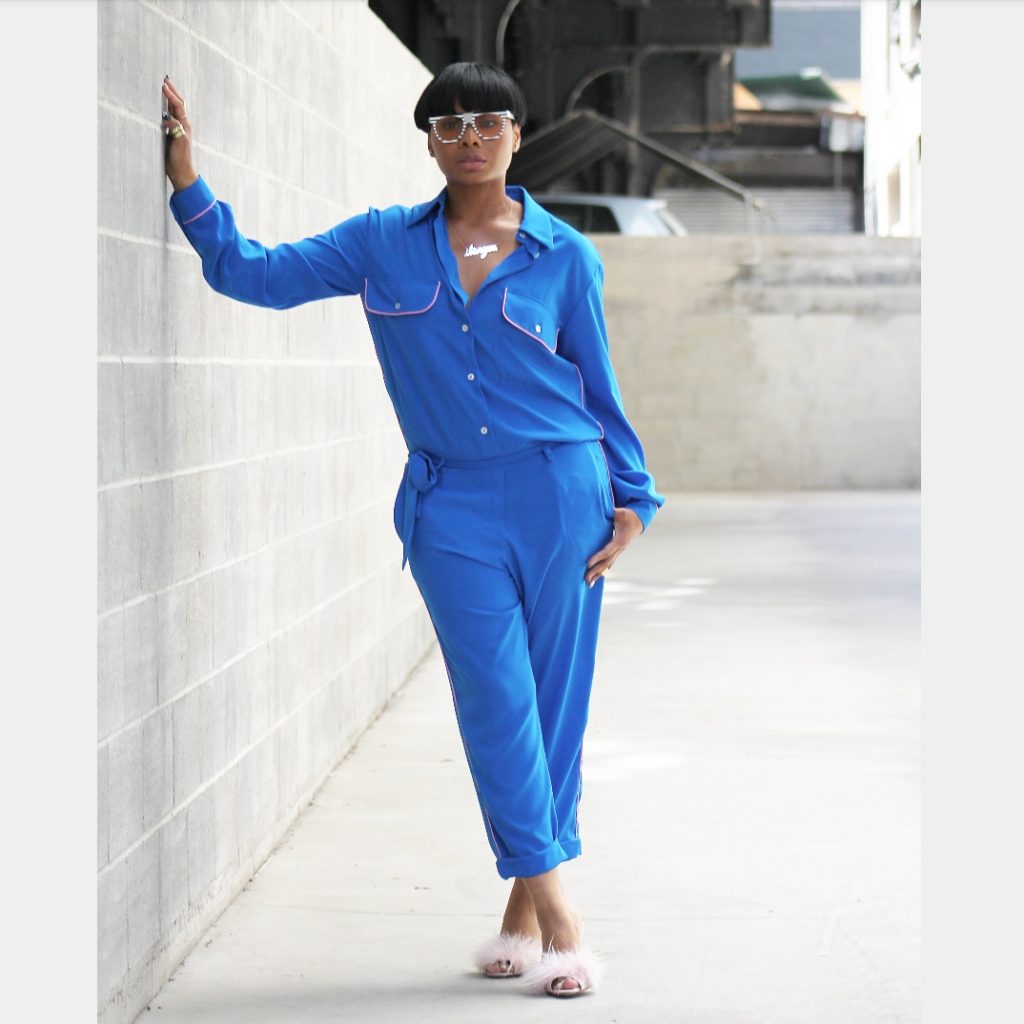 I said, “This is me! This is right up my alley! You will not find another person fitting Shemekka’s description!” I kept badgering them, and they finally brought me in on a Thursday for an audition. When I arrived at the audition, I was the only actress there. I found out later that a lot of women came in during the day. This was a sign that they’d not found Shemekka yet.

Michelle, who is like a big sister to me, knows that I am bicoastal. I commute between Los Angeles and New York. The next day, Michelle calls me and goes, “Listen. Are you in New York right now?” I said, “Yeah,” but I was really in L.A. [Laughs.] She goes, “Chyna, don’t lie to me! Are you really in New York? Because if you are lying, I’m going to hurt you!” So, I’m telling her, “I swear” that I was in New York. It’s three o’clock in the afternoon, and I was packing my bags to fly back to New York while on the phone with Michelle! She tells me a table reading for She’s Gotta Have It is taking place at 9:00 a.m. Saturday at Spike’s office, 40 Acres and a Mule. She lets me know that I have a great chance at getting the part. “Okay, I’m there!” I hung up, jetted to LAX, and took the next flight to New York. I rolled into 40 Acres at 8:30 a.m., with my luggage. [Laughs.]

Spike tells me to just read. I don’t have to act it out because I don’t have the part yet. When he said that, I went all out! I was going to leave that office with a job!

The following Monday, Kim called and said Spike wanted me to do a read for him. I found out within a couple of days that I got the part, and here we are.

Talk about the stars aligning in your favor!

Yes, the stars were! I’m half Asian. The Black half is all curves, but I have no ass at all. I got the part, though. That’s how God works. Getting the part changed my life.

This is great, but I can relate. I, too, have no ass at all. The interview can end right now!

Moving on! When did you start your acting career?

My first professional acting role was the movie Life Support, starring Queen Latifah. It was written and directed by Nelson George, and was based on the true story of his sister. 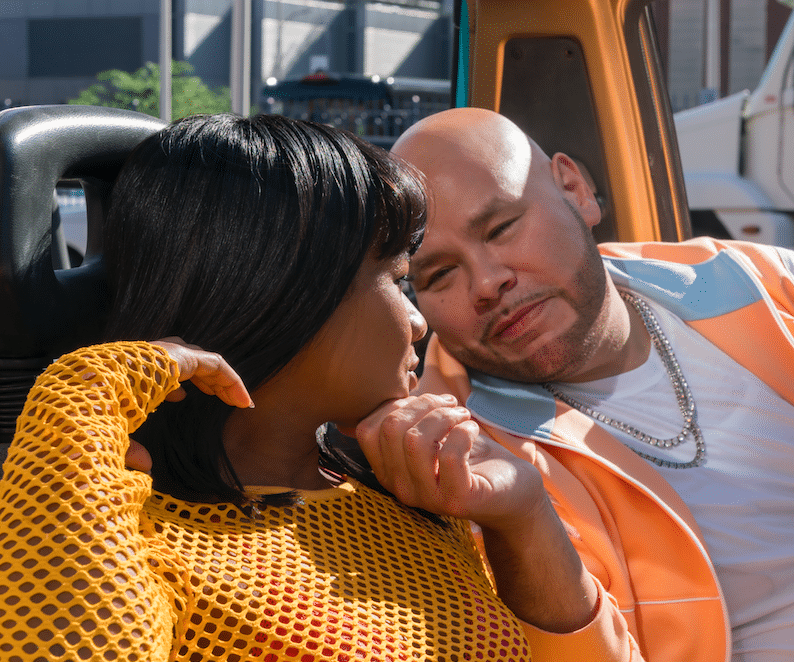 Getting back to your character Shemekka, what is in store for her this season?

This season, Shemekka learns a lot about self-image and confidence after having dealt with the repercussions from the butt injections. The procedure altered her body. It’s a life-changing event for her. I mean, she almost died. She has this obligation to…I’m trying to word it in a way that won’t give too much away. She’s trying to do the right thing. No pun intended. [Laughs.]

Did you get responses from viewers last season about Shemekka’s storyline?

Absolutely! I got tons of messages, emails, tweets. There were times when I was on the train in New York, heading to Brooklyn, and I would have conversations with men and women about the show. People would tell me about their experiences or about a relative’s experience. There was a girl who wrote to me and told me about getting butt injections and what they did to her body. She said butt injections were glamorized on television, but what she went through was very dirty. She said she didn’t know any better. Seeing it on the show brought it to life. She was happy that it was talked about because she’d been judged by friends and other people. We got negative and positive reactions from the storyline because originally, people weren’t talking about butt injections and the consequences. People were asking why Shemekka was in a dirty motel room. That’s the reality of illegal butt injections; they take place in dirty motel rooms. I commend Spike Lee and the writers for writing and talking about this. The media is talking about it more, and even some celebrities are talking about their experiences. I’m grateful to be a part of it.

Were you sensitive about your body image?

I had my moments while growing up. Some boys wouldn’t deal with me because I didn’t have big boobs and no booty. But I was a tough kid. I didn’t care. I knew I was going to be somebody years later.

Will the friendship between Nola and Shemekka strengthen this season?

I think in Season one, Nola was trying to find a way to be supportive of each other, without tearing down Shemekka’s dreams. You could tell that Nola wanted to stop Shemekka from making a mistake. Friendships can be hard. You want to be tough and honest, but at the same, you don’t want to push the person away. Nola not pushing hard enough with Shemekka, and not being truthful, led to the repercussions. In season two, you’ll see Nola and Shemekka being more honest with each other. Honesty plays a big role in the relationships this season.

The second season premiere of She’s Gotta Have It launches today, May 24 on Netflix.