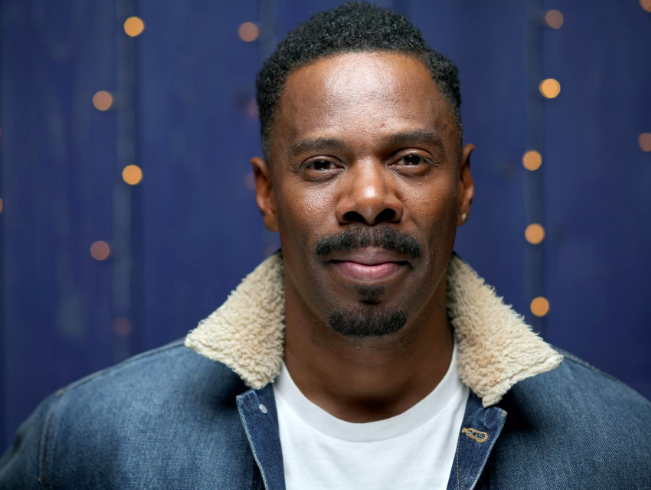 Multi-hyphenate Colman Domingo has worked consistently in Hollywood for over 30 years. However, recently he’s been on a hot streak in the entertainment industry with building a fan base through the series Fear the Walking Dead, his recent appearance on the critically-acclaimed series Euphoria, and currently his role in the awards buzzworthy film Ma Rainey’s Black Bottom. The veteran actor is also due to appear in Nia DaCosta’s horror classic Candyman due out next year. So it’s safe to say that Colman Domingo is one of the hardest working men in show business.

BGN had the pleasure to sit down with Colman Domingo in a phone interview to discuss the trajectory of his career,how Jordan Peele hand picked him to play the role of William Burke in Candyman, and his last goodbye with Chadwick Boseman.

You have been a working actor in industry for several years now. Do you feel like now you’re finally getting seen for who you are as an artist?

I think I’ve been a movie target for many years. [Laughs.] I will fly back to New York and have a play of mine being produced or a new musical, and then just when you think you’ve got me figured out as a musical theater person, next thing you know I’m doing Selma or If Beale Street Could Talk. I feel like I’ve always enjoyed that because I always felt like, essentially, I’ve never been a part of anyone’s club. I feel like I’ve always been the wily outsider, and it feels I’m moving deeper on the inside.

I’ve always been outside of the box. I’m recognizing now it’s not one or the other. Colman is a director, writer, actor, and producer, and he goes back and forth in different forms. All day long. And he feels a depth of curiosity about all of them. And so I think, finally people after 30 years they recognize that.

What I found so impressive with your role as Cutler is that he serves as an anchor to Levee and Ma Rainey in the film who are consumed by their emotions. Would that be a fair assessment of Cutler’s place in this story?

I think it would. Cutler is a character who has had to have a great sense of diplomacy. I think that’s what his role requires. He’s religious. His function is to be Ma’s proxy, and also to be a member of the band and take care of the band, and also to take care of Ma and the ban when it comes to systemic racist institutions like the recording industry in 1927. So he’s got this whole balancing act. There’s a lot of codeswitching he has to do, but mostly its function is to care for everyone. I think that’s where he finds his peace. I’m also trying to help the band articulate their voice as musicians, but I’m also just trying to steer the ship and do it with as much grace and dignity as possible.

Tell me about the moments shooting with Chadwick during those days on set, especially during those intense scenes. He seemed to give his all in every moment.

Chadwick always had an incredible work ethic. We were like Ali and Frazier. We always wanted to do our work so much. We were training together, and it was just a lot of fun and a lot of light. He gave it his all. I think we all needed it all because we knew that that’s what August [Wilson] requires. Chad brought all of his soul into it. He gave it everything. And he never exhibited one ounce of weakness at all. He was always strong, always ready to go.

If you had one thing you could say to Chadwick knowing it was the last thing you would ever get to tell him, what would it be?

I think I did. And I think he told me. He sent me a gift: a record player. The note with it basically said, “I’ve been looking forward to working with you for so long. And I’m so proud of the work that we did. I look forward to seeing you again. Until next time, may God keep you, Chad.” I wrote him back and I said, “Man, I feel the same way. I’ve been longing for this experience with you. And I’m glad we had it and we created something special that will bind us forever.”  The day we wrapped, I wrapped with Chad, Michael, and Glynn.

Wow, powerful. Thank you. I know Candyman is up next on our radar of films we can see you in. What was a moment that still resonates with you while working on that set?

Working on Candyman I kept pinching myself. Jordan and his creative director reached out to me and told me that they wrote this role for me. I was still pinching myself about that. I was like, “What did I do to get Jordan Peele to write a role for me?” [Laughs.]

Nia DaCosta is such an incredible director, and she was just asking everyone to lean into all of it and give yourself permission to tell these stories that matter to us. I mean it’s about Black folks, the Cabrini Green Projects, Black trauma, and it was just beautiful to be in that play space under the whole umbrella of it being horror. Yet another chapter requiring you to just bring everything you got.

Because you’ve been in the business for so long and you’ve had such a sustainable career, what advice do you have for budding actors who are just getting started?

I always tell my students that no one can tell you not to create. So don’t wait. That’s the way you will find agency in this industry. If you’re looking for things outside of yourself, it will bring you to your knees, always. I just figured that out for myself many years ago, even as I was auditioning trying to get the opportunity. So I decided long ago that I had to create, I had to produce, I had to direct. I couldn’t afford to just do one thing. I think that’s why I do so many things. Because if one thing isn’t working, something else is. I’m always working on things that I can control myself and I can get people to be involved in in some way, shape, or form. Create. Do the thing. Be about the thing and really be about the work. They are looking at me now, having this moment, but that’s why I let people know this is 30 years in the making. That’s hard work and sacrifice. Making your way out of no way — that’s making a left, when all you have are rights. That’s what I would say, Jamie.

Ma Rainey’s Black Bottom is currently streaming on Netflix. You can catch Fear the Walking Dead on AMC and stream on AMC+. Candyman is due for release in August 2021.