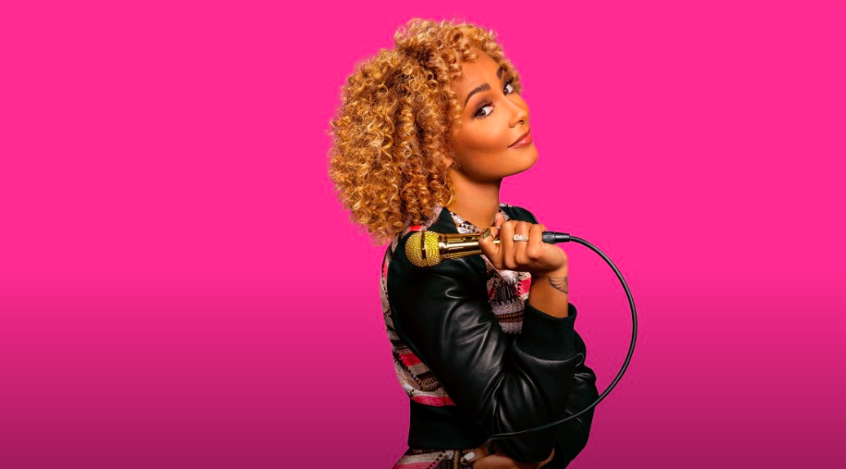 Amanda Seales has a strong hustle that is unmatched. The multi-hyphenate comedian/actress/producer is the creator of the digital game show Smart, Funny & Black, she stars as Tiffany on the HBO series Insecure, has a podcast called “Small Doses” and has a book coming out.

On January 26th, her first hour-long comedy special on HBO I Be Knowin will make its debut. The former MTV VJ has a master’s in African-American studies from Columbia University, has guest-starred on black-ish — and written, produced and starred in two seasons of her scripted web comedy series, “Get Your Life”.

Amanda chatted with BGN to shed light on her new stand-up special that covers relatable yet controversial topics like catcalling and misogyny, women who happen to be white, and the singing of the Negro national anthem.

Would you describe yourself as a class clown? And was comedy something you were always interested in pursuing?

No, I was a teacher’s pet. Like, in a very real way. I literally had lunch with my first grade teacher the other day and she told me that her and my second grade teacher both knew that they could take their bathroom breaks when I came to class, because our classes rotated, and they knew that they could take a bathroom break when I came to class because I could be trusted with watching the class and snitching on anybody who was acting up.

So, I was the teacher’s pet. Being funny has always been of interest to me because my family is funny. I have a musical, comedic family. So if you’re, you know, trying to keep up with my mom and my aunt in conversation you better have jokes.

I love it when comedians pull from their own experiences and you did that really well with I Be Knowin, you made it so that it was relatable to the audience, a lot of your jokes. How do you decide what’s best for your act when you’re coming up with these jokes?

It’s really important that the jokes really just hit three tempos, you know, they need to be smart, they need to be funny, and I mean inherently they’re Black just cause that’s always my point of view. But, they really have to be smart and funny and so that’s the basic byline. And there are times like there was a joke in the special that was not fully developed, but the final joke was kind of a low-hanging fruit joke and we had to cut for time anyway. But when I showed that to cut they’re like “why? This is so funny”. And I say “yeah but, it’s not as smart as it is funny”. 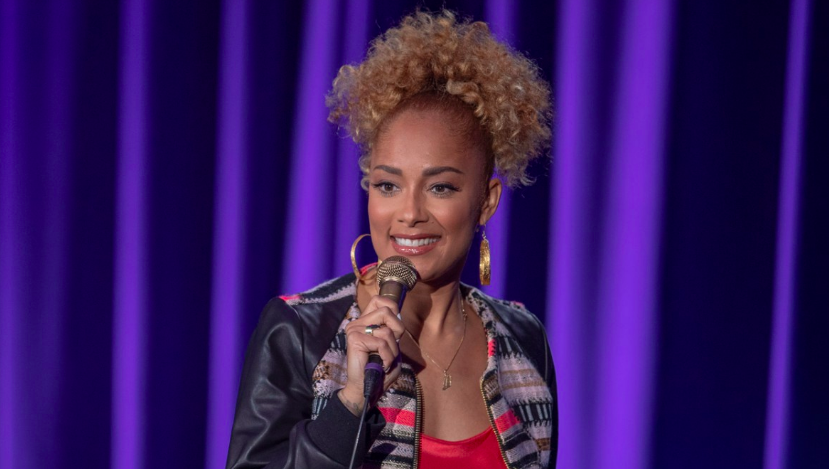 You served your audience really well because one of the things that’s fun and interesting to watch was how organic you were with engaging with them. Did you expect the audience to sing the Black National Anthem with you? I thought that that was brilliant the way you worked that into the crowd.

I did. I did expect them to because my audience…we be ready to sing whatever. I could have sang TLC, and they would’ve sang it.

We play Smart, Funny & Black on the road. I’ve really just gotten to see, you know, in a very authentic way, how much singing and music is truly an authentic part of the Black cultural experience.

You’ve got a really strong hustle. You’re everywhere, comedy shows, TV series, podcasts, upcoming books, so much more. How do you practice self-care when you just need to take some time to unwind?

I really could be better. I mean, I’ve literally sent an email to my team and was like “I’m going to Grenada. I’m gone this week then I’ll be in Grenada cause I gotta get out of here.” I think the best version of self-care for me is when I really commit to meditating. Taking the time out to meditate and eating. I’m such a bad eater. So, even those basic things, like pay attention to them and not letting myself get overworked that I forget about just doing the basic — meeting my basic needs. Which is eating, sleeping, and consuming Game of Thrones.

I love the direwolf mention in your act there.

[laughs] Thank you. I was very proud to be able to get that in there.

Why should viewers check out “I Be Knowin’”?

Because where else are you getting this type of commentary from this type of person? I think the beauty of what’s happening now is we’re just getting more perspectives and more voice which, gives you more insight and in this case, hopefully, more laughs.

And also cause it’s just Black as hell. That’s always a good time.

It’s a pleasure talking to you Amanda, thank you again for the taking the time to talk to “Black Girl Nerds”.

No problem. Thank you ya’ll for giving us the space for Black Girl Nerdery.