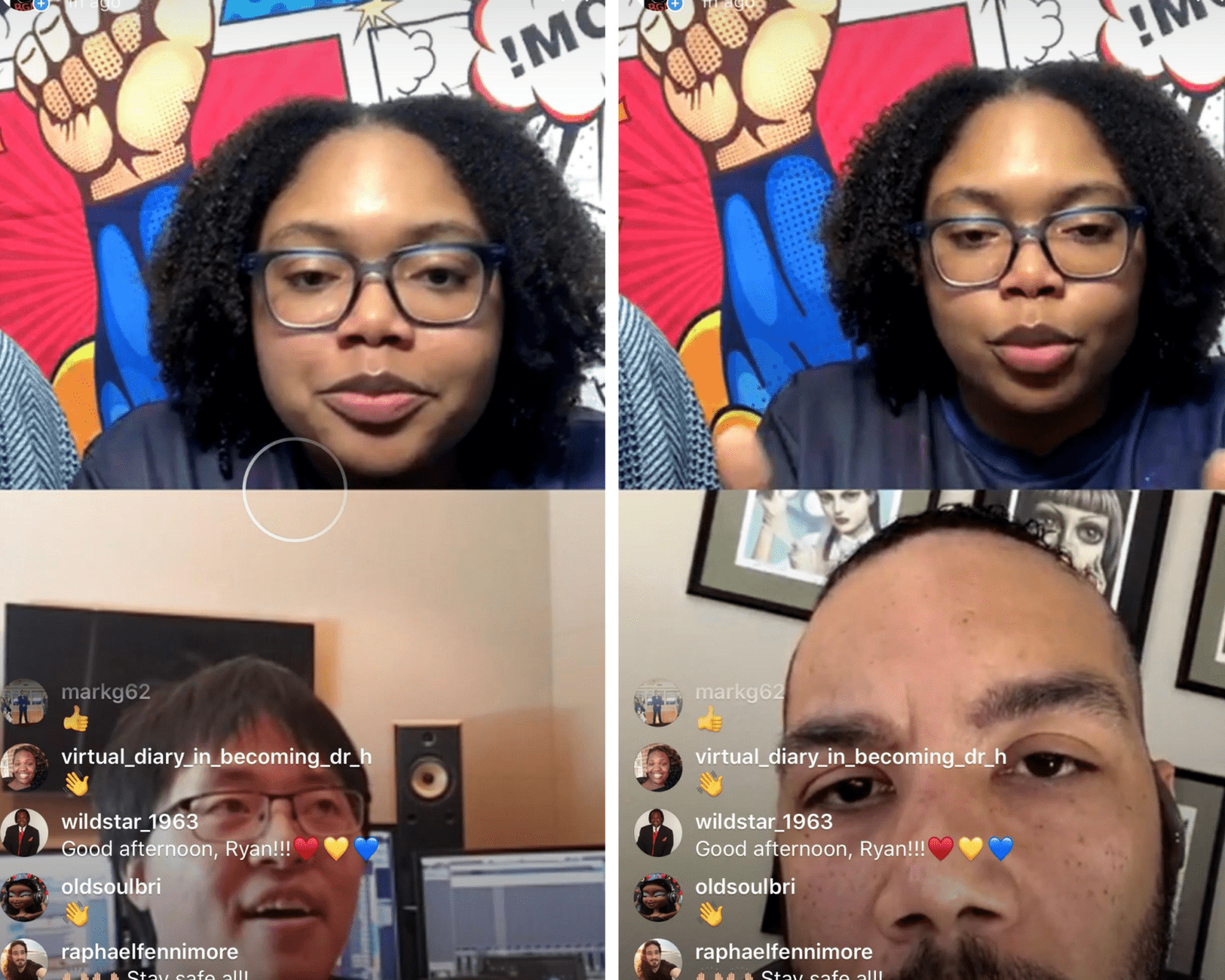 BGN did an exclusive interview with music composers Sebastian Evans and Ian Chen for Comic Con@Home.

Ryanne Bennett most notably known for hosting the BGN Podcast, steps from behind the mic and in front of the camera, to host our first Instagram live interview for Comic-Con 2020. If you missed the live, you can still catch it on @blackgirlnerds IG.