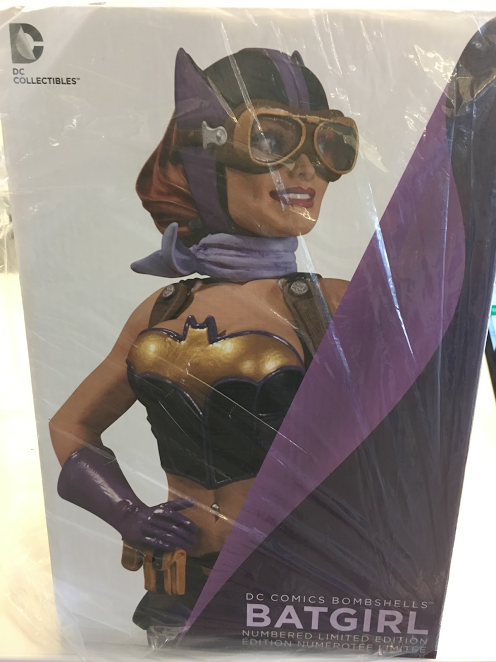 BGN is teaming up with Comic-Con HQ to bring an awesome to start of your con season!

We are giving away a BatGirl figurine from the DC Collectibles Bombshells Collections!

In order to enter to win simply use the Rafflecopter widget to tweet the following message: I want a Batgirl figurine from DC Collectibles Bombshells! @ComicConHQ #BeyondConvention

Winner is picked at random.

Only residents of the US or Canada are eligible.

Winners will be notified 5/31.

Comic-Con HQ is an ad-free streaming video channel that delivers an evolving slate of programming and everything you love about Comic-Con with exclusive access, original programming, & fan favorite films and series starring fandom icons such as Mark Hamill in Pop Culture Quest, Nathan Fillion and Alan Tudyk in Con Man, & Richard Speight, Jr. and Rob Benedict in Kings of Con!

Hold On To Your Tiara! Her Universe’s WW Line Is Here!