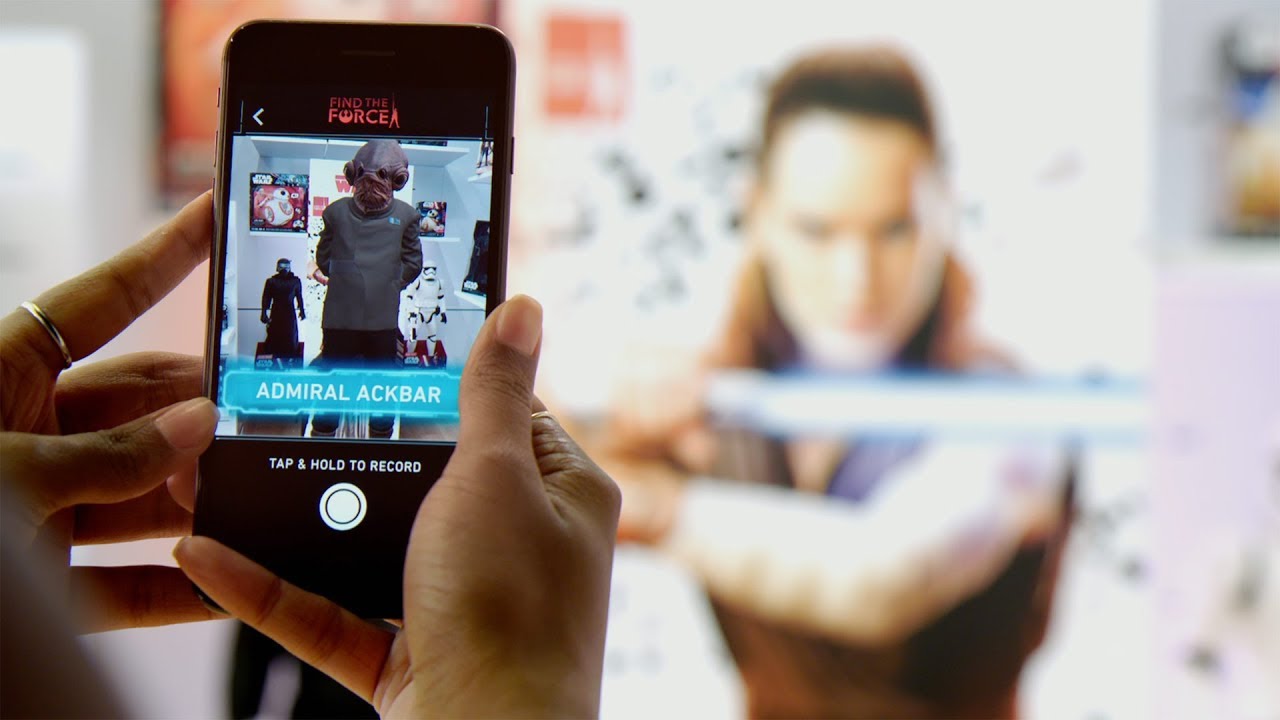 Disney and Lucasfilm are doing something special leading up to the release of Star Wars: The Last Jedi. Fans in cities around the world will get the chance to experience the Star Wars in a new and exciting way – a global augmented reality treasure hunt on Force Friday!

Today they kicked off the countdown to Force Friday II, the global event celebrating the launch of the products from Star Wars: The Last Jedi, with an AR surprise for Star Wars fans around the world.

Fans within a mile of 20 global landmarks simply open the Star Wars App, select Find the Force and point their phone to the sky to see a short augmented reality scene unfold. The 10-second animation shows a Star Destroyer loom over key landmarks as two TIE Fighters shoot past into the distance. Here’s what is happening with Force Friday…

“This Force Friday II weekend, we’re inviting fans and families to join the Resistance and help ‘Find the Force’ in our global augmented reality treasure hunt taking place across more than 20,000 retail locations. We’re kicking the event off with an extra AR surprise for anyone near 20 of the world’s most iconic destinations. Just open the Star Wars App – and look up!” – Paul Southern, Senior Vice President, Global Licensing at Lucasfilm.

Fans with the Star Wars App near one of the 20 landmarks can take pictures of the AR scene and join the social conversation using #FindtheForce and #ForceFriday. Others can check out videos and photos of the scenes about Force Friday at starwars.com.

Today through Sept. 3, fans can view the AR scene within a mile of the following geographical coordinates (there are apps and other mean to convert geographic coordinates to a point on a map): 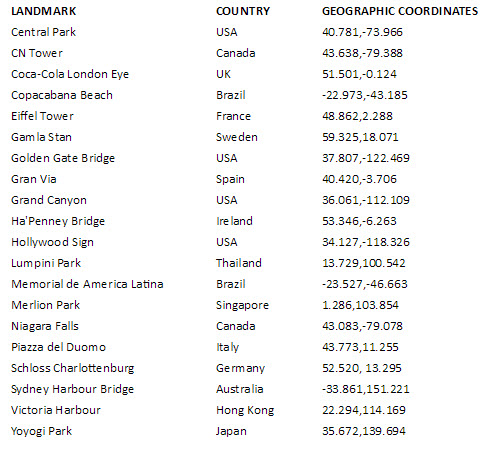 The augmented reality adventure will continue through the weekend as Star Wars fans across the planet unite for Find the Force, the pop-up AR treasure hunt rolling out at 20,000 retail locations around the world for Force Friday II from Sept. 1-3. It will feature new and favorite Star Wars characters from the upcoming film via the Find the Force feature in the Star Wars App. More information and an early look at the new Porg characters in AR is available at www.starwars.com/findtheforce.