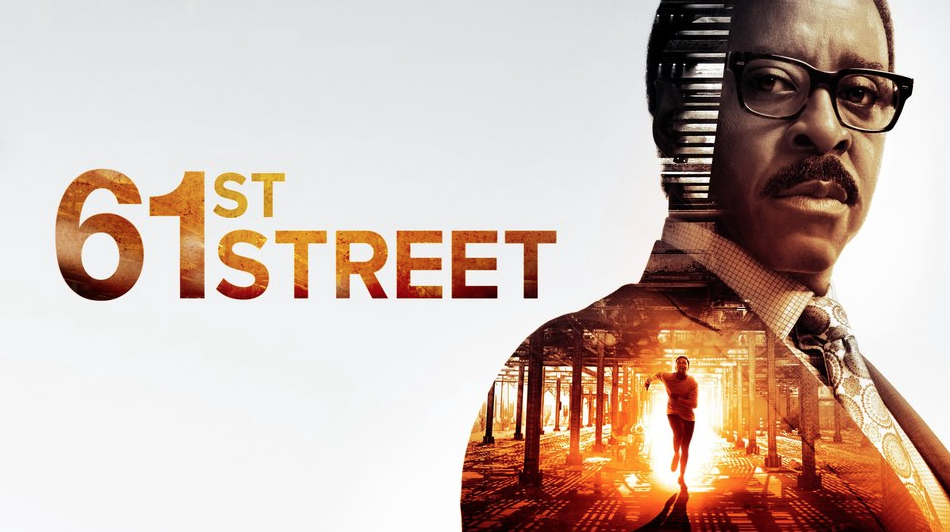 Police corruption and illegal collusion on the city streets have run amok in Chicago. Particularly on 61st street, where this setting takes place. College track star Moses Johnson (Tosin Cole) is wrongfully accused of killing a cop one fateful day. This is the premise for the AMC+ series 61st Street. BGN sat down in a Zoom interview with actors Courtney B. Vance and Tosin Cole to discuss their roles in the series.

Examining urban policing is very layered. Usually, we see stories told from the side of criminals or we see the side of policing where they are looked at as noble, but this is new and fresh. When you initially read the script, what were your impressions, and what about a project got you excited?

Courtney: It’s the commitment to the script. It has to be supported by the entire network and streamer. I met with Peter Moffat and J David Shanks and understood and believed their commitment. That’s the deciding factor for me. Otherwise, if you’re not getting underneath the project then you might as well not do it. It cost too much to do these projects in terms of time, effort, emotionally and physically being away from family. If you don’t want to do it, please don’t come to me because I’m going to commit myself entirely. People are wasting their time if you don’t really want to do it and you’re playing. We are a very sophisticated audience now, so that’s why I did it.

For Tosin, can you speak more to your own emotional commitment and those feelings of approaching this subject matter day after day until the finished project?

Tosin: Yeah, you just want to do it justice. This is a subject that we’ve had conversations about for decades. My granddad talked about it, my dad, my talked about it, and now my younger siblings. They started to have this conversation. You want to make sure we’re telling these stories in the best way possible. In order to do that you’re putting your body, mental state, and emotional on the line. I make sure on set I give everything, I try to portray these emotions and tell these stories in the best way I can. I wouldn’t be doing the audience, script, or cast justice if I didn’t take it seriously. Sometimes that’s the tax you pay in order to tell a good story and be a good performer. I take it very seriously.

Courtney, in every project you do you are among our elite in Hollywood, and you always bring a new audience. Now, you have another new audience; Tosin and younger people like him who will watch this. You said our audience is more intelligent and informed on what they consume. Do you feel it’s the same way for the younger audience?

Courtney: Absolutely, you can’t put anything over our young people now. Especially with those phones, they know more than I do. All I hope is when young people see this it’ll force them to go “hmmm” and they’ll start to look back and go beyond the first page of the Google page. They’ll say, what is it about the healthcare system, how did our grandparents and great grandparents do it? How did Rosa Parks and others do all those things without a computer or phone? Then you start to realize, how great we are as people, and that we stand on the shoulders of greatness. We are learning about people who didn’t see what the future was going to be, and still did things to prepare generations. So that I can stand where I am standing. I take nothing for granted and do my best because I know someone younger is watching me. They will watch this and say, “wow I want to do that” or find out more. These are people’s lives, people really live this situation as someone locked down and they’ve thrown away the key and people look at you like you don’t count anymore.

This interview was conducted via Zoom by Jeandra LeBeauf. The interview has also been condensed and edited for clarity.

61st Street is currently streaming on AMC+ and ALLBLK