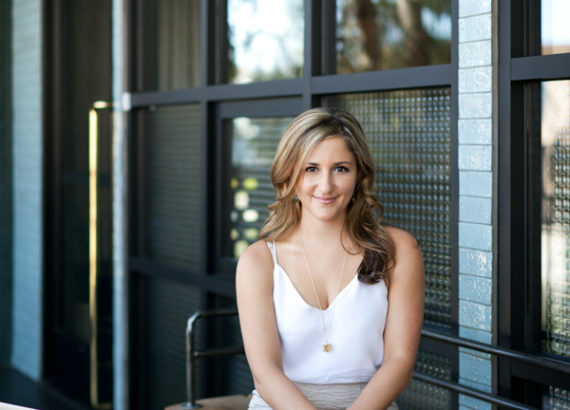 The season’s hottest show features kidnapping, adultery, scandal, and lies, and it’s all on Freeform? That’s right, Cruel Summer is a YA mystery series that appeals to teens of all ages. Set in Skylin, a small Texas town home where appearance is everything, Cruel Summer takes a journey through three summers in the mid-1990s.

The series opens with Jeanette (Chiara Aurelia) on the morning of her fifteenth birthday in 1993. She’s a gawky teenager with glasses, braces, and an optimism indicative of girls before they really face the pressures of life. Next she’s turning 16 in 1994, and she’s the picture of teen magazine beauty. She has straightened her hair, the braces and glasses are gone, and she wears makeup to bed. Finally, we arrive at her seventeenth birthday in 1995. Her hair is chopped into a messy cut, she’s wearing baggy black clothing, her skin is clammy, and the lighting is blue and stark and cold.

Her rise and fall hinge on an accusation made by her kidnapped fellow classmate, Kate Wallis (Olivia Holt). The story is told in vignettes from each year giving just enough clues to cause wild speculation.

The battle of who is telling the truth has raged online since the show’s premiere. To date, Cruel Summer is the most watched show in Freeform’s history. It’s a female-led, atypically diverse, and compelling series that really helps define Freeform’s overall mission towards diversity and inclusivity.

I had the pleasure of conducting a phone interview with the showrunner for Cruel Summer, Tia Napolitano. Napolitano is what’s colloquially known as “Shondaland alumni.” She got her start as a producer and story editor on Grey’s Anatomy and Scandal and went on to executive produce on Station 19. During her time on Council of Dads, Napolitano worked with Cruel Summer creator Bert V. Royal (Easy A, Big Hero 6). We talked about how she got involved with the Freeform project, what mark she seeks to leave on the series, and how she uses the voice of her inner teenager when crafting characters.

I am of an age where I probably should not be watching Freeform! But one day I saw the ad for Cruel Summer. I was like, “Okay, fine! Let’s check this out!” I was instantly hooked! I heard that you actually saw the pilot and read the script before signing on as a showrunner?

Yeah! I was sent a script to review and it was so compelling and ambitious. I thought, how are we ever going to solve that? And I like a challenge so I thought, yeah, this is good, I want to be a part of this project. And it’s been a gift.

It’s a teen show and so people put it in this bucket, but you’re dealing with extremely serious topics. There’s kidnapping, grooming, and it’s being shone through the eyes of the teenagers. How did you bring that particular story to air?

It was a very big challenge. What was cool to me was that everyone’s been a teenager once. There’s a very universal access point of, “Oh my god! Remember when I was 15 and I liked a boy and he liked me back?” I think everyone sort of sees a piece of themselves in one of the teenagers and we also had to deal with heavy stuff and heavy topics.

One thing I love about the show is that it allows you to ask questions without blaming or hating the girls. When we deal with teenage dramas, and especially with female characters, it becomes a very black and white sort of thing.

It’s interesting because we talk a lot about, “Can two truths co-exist?” Is anyone ever really a pure villain or pure victim? People want that to be true and don’t want to acknowledge the gray area because black and white is much easier to understand. Memories are tricky and psychology is tricky. You and I could walk into a room right now and have a conversation. We would re-tell that moment in a not identical way. And the more time passes, the more our stories will be different. But we were both in that room, it’s just the human brain. So all of that went into the soup of creating the “who do you believe?” space for the show.

One of the things I love about Jeanette is she has the opportunity to become the antagonist, but as we see her journey, I thought  I can’t be against you because I was you! Did you have that kind of transformation? From gawky teen to eventually understanding your place and who you were?

Oh yeah! It happened for me a little later in the ’90s, but I went to a new school and was just underdeveloped with this really bad haircut situation! Then in eighth grade, this boy asked me to go to the dance. And I had been so recently awkward that I thought he was playing a joke on me. Even at the dance I was like, “Oh, he’s gonna stand me up!” but he didn’t. When it happened, it was like one of the happiest moments of my life, so [I related] in a big way.

There’s a natural diversity to the show, whether it’s racially, sexuality, and even mental health. Are those things you kept in mind when putting together the scripts?

It’s something that is very important to me that I’ve made a priority. [The writer’s room] are all ages. Imogen Binney is a therapist who wrote on this last season and had a lot of insight into that space. For the stories that we tell, we consulted with Hollywood Health and Society, Color of Change, RespectAbility, and all of these organizations. It was our goal to make a show that looks like the world and not like television we’ve seen maybe 10 years ago.

People of color look at popular content during the ’80s and ’90s and there was nary a person of color to be seen. But even in a small town in Texas, there are certain pockets of diversity that you’re going to have. In Cruel Summer, diversity is so naturally displayed.

Thank you, I appreciate it. It’s not what television looked like in the ’90s, but it’s what the world looked like. That’s our goal — an accurate representation of human populations. We just began and we’re not perfect, but there are always ways you can do better.

Cruel Summer just got picked up for a 2nd season and airs on Freeform. You can watch it next-day on Hulu.