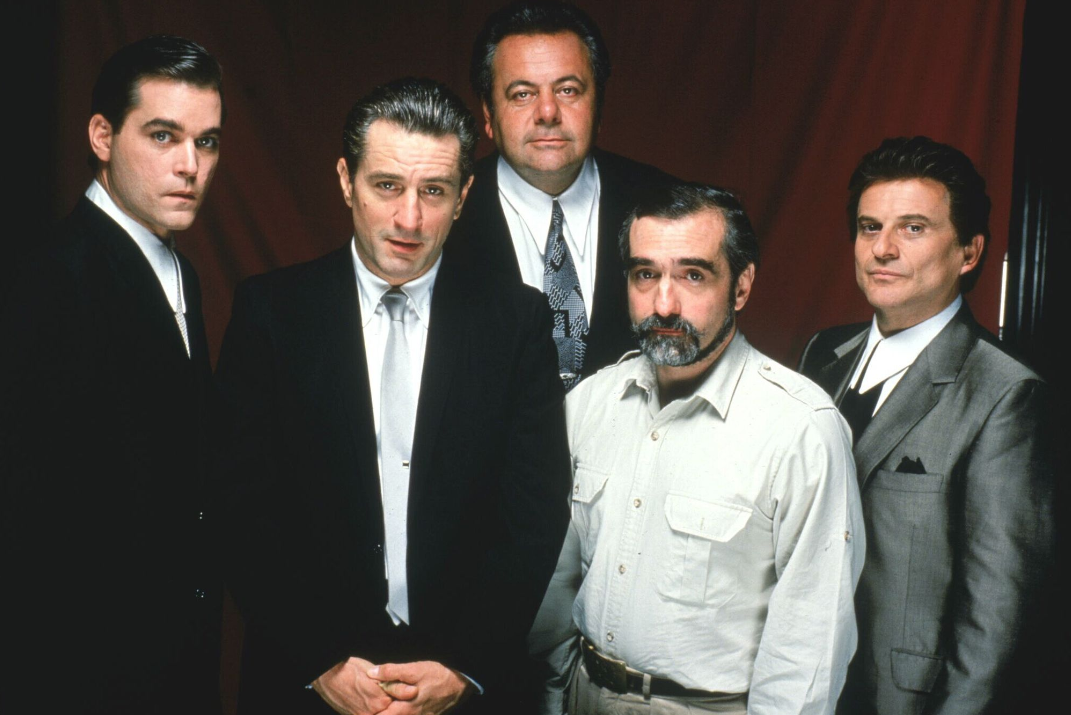 You’d be hard-pressed to find someone who hasn’t at least heard the line, “As far back as I can remember, I always wanted to be a gangster.” In fact, I’d wager that many people think it’s the opening line to Martin Scorsese’s iconic mafia film Goodfellas. It’s not.

The first bits of dialogue concern what’s bumping around in the trunk of Henry Hill’s (Ray Liotta) car. From there, we get one of the most horrific scenes not to come out of a Blumhouse picture: a bloodied man wrapped in a sheet (Frank Vincent) is still alive after an apparent previous altercation and begging for his life.

What he gets instead is a chef’s knife in the gut (several times over) by Tommy (Joe Pesci) and a few shots from a revolver by Jimmy (Robert De Niro) for good measure. Only then, after we see Hill look to his friends to make sure the job is done, is when the iconic bit of dialogue uttered. It’s easy to forget, but one of Goodfella’s most memorable lines is actually terrifyingly ironic.

Goodfellas is a film that needs no introduction. Chances are, if you had cis-het uncles who even considered taking boxing classes once in their lives, this movie was something they watched religiously. Because, like all great art, Goodfellas doesn’t openly state its purpose, one can easily see this picture as a blatant glorification of crime and the mob, a straight-male wish fantasy land of excessive money, sex, and drugs.

I’d argue you were wrong, but you’d certainly have enough evidence for a strong case. There is a lot of violence, drugs, and women lining up to exist in whatever role in a man’s life (wife, “comare,” whatever) as long as the dough’s rolling in. This is undeniable. And yet, at its core, Goodfellas, like all of Scorsese’s crime films, is a morality play.

Sure, the characters aren’t named after various vices, and the first half certainly does seem to make being a gangster seem like a lucrative blast, but, make no mistake, the D.A.R.E. program couldn’t make a better case for just saying no to drugs and violence.

Look again at the characters we’re presented with. Whom among the bunch would you want to hang with? Tommy, the maniac multiple murderers? Jimmy, the also-multiple murderer who just might kill you and your wife? Those are Henry’s best friends, by the way. Everyone else somehow manages to be less personally desirable than even these psychos. Take the scene where Karen (Lorraine Bracco) meets the mob wives.

“They had bad skin and wore too much makeup,” she says, “I mean, they didn’t look good. They looked beat up.” Before Henry can convince her that this is all actually quite normal, Karen has flashes of intuition that tell her something is off, that this lifestyle is — and forever will be — draining for everyone involved. As annoyingly nagging as she can come off, Karen’s mother (Suzanne Shepherd) is one million percent correct: “Normal people don’t act like this!”

Still, Scorsese, master of the bombastic and kinetic that he is, sure does make the lifestyle look like a blast.

The characters are obviously reprehensible, and their actions — even when put into a social context that privileges the documented fact that income inequality and increased chances of violent crime go hand-in-hand — can often be abhorrent. And yet we still root for Henry and the gang when they’re robbing the airport. We’re as happy as Jimmy is when they suspect Tommy will get “made.” We might even be a little upset when we see how that actually goes for him. In this way, the film tricks the audience the same way a young Henry Hill and countless other kids from hoods, barrios, and slums the world over are: it makes the underworld seem heavenly.

If you’ve ever heard your parents argue about money if you’ve ever dreaded looking at your bank account if you’ve ever felt trapped at a job that felt worthless, even degrading, how could you not understand the gangs in Goodfellas? When the crimes seem victimless — like when they’re robbing trucks, but the drivers are in on it — it actually seems like there’s nothing wrong here. Like maybe the mafia and organizations like it really are just modern-day Robin Hoods albeit in Hugo Boss suits.

We feel this way, and then, the film’s second half rears its ugly head. This is where the morality play aspect comes in.

If somehow we forgot how sickening the film’s opening minutes were, we’re treated to that and more in the movie’s final half hour. The fun is gone, and the jig is up. Tommy’s dead, and this after he’s shot a kid to death for standing up for himself. Jimmy’s still there, but he’s changed. Or, just maybe, his real personality has come out, has become varnished, and is showing its rougher self. He’s paranoid about Henry ratting, and he might even be willing to kill Henry, Karen, and anyone else that might put him behind bars. Years of friendship? If they affect the bottom line or status quo, they were never worth much in the first place.

It is here where Goodfellas becomes great. We’ve seen Henry in prison, but this is the first time he seems trapped. He’s trapped in his addictions, trapped in his lifestyle. Even when Goodfellas ends with Liotta’s Henry in Witness Protection, the end credits epilogue tells us the real Henry Hill couldn’t stay away from fast cash and end up arrested for a narcotics conspiracy. Like a morality play, Goodfellas shows us the lifelong consequences of avoiding bad behavior.

In the end, Goodfellas is an amazing film with a stellar cast (a cast that is leaving us too quickly these days). It is a picture that one can certainly accuse of glorifying mobsters, but that accusation loses credibility once one looks at the overall product. Yes, life does seem fun at times, but those times are often punctuated with abrupt violence and senseless deaths. For all the sex and drugs, Goodfellas really is the moralistic product of man a who once had aspirations towards priesthood.

Goodfellas gives audiences the story of Henry Hill, the man who always wanted to be a gangster. It tells us, “Look what he wanted; look how that turned out for him.”
Goodfellas is available to stream on Netflix.

Pacino, De Niro, Pesci, Keitel and More Team Up Together in ‘The Irishman’