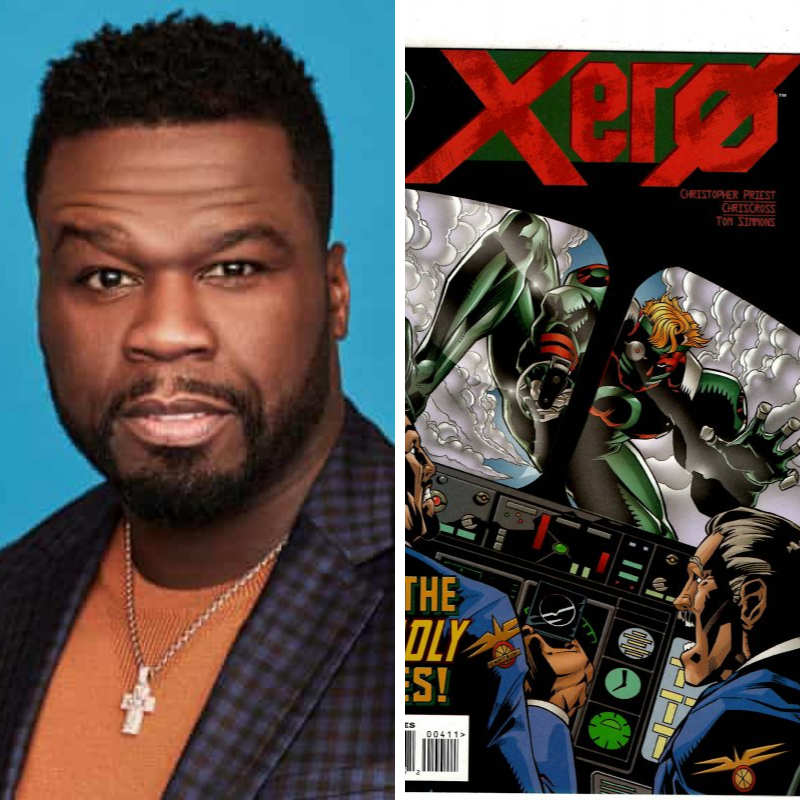 According to an exclusive reported by Deadline, Curtis “50 Cent” Jackson’s G-Unit Film & Television has optioned Christopher Priest’s Xerø for development alongside Color Farm Media as a live-action film franchise.

In the upcoming films, based on Priest and ChrisCross’s DC Comics series of the same name, a Black government assassin weaponizes invisibility by disguising himself as a white man, to blend anonymously into the exotic Casino Royale haunts of the international elite. Spanning the gulf between that and the disenfranchised city streets of East St. Louis, Illinois, Trane Walker is a man living in two worlds but taking ownership of neither. Xerøtells the story of his moral awakening and the life-and-death perils it presents.

G-Unit Film & Television will produce the upcoming adaptations alongside Erika Alexander and Ben Arnon for Color Farm, and Joseph Illidge, who serves as CEO of the newly-launched production and publishing company, Illuminous.

“There’s no one better than Christopher Priest to bring G-Unit Film & Television into the world of comic book superheroes,” said Jackson. “Watch as we build XERO into a franchise alongside Christopher and Color Farm Media, I can’t wait for the world to meet Trane Walker in an all new way.”

“Xerø is the perfect action hero for our times in a story that is equal parts James Bond and James Baldwin,” remarked Illidge. “G-Unit’s legacy of courageous, edge-of-your-seat thrillers about complex protagonists makes them the perfect partner to spearhead this franchise. After working with Christopher on Batman years ago, I’m thrilled to be reuniting with him on Xerø.”

“Xerø depicts a slow-moving car wreck at the intersection of race and class,” added Priest. “The commonality of struggle represented by the life experiences of Curtis “50 Cent” Jackson, G-Unit Film & Television, and Color Farm assure a broad depth of first-hand appreciation for that delicate balance. It’s exciting to be working together to create this new world.”

No release date has been scheduled yet.