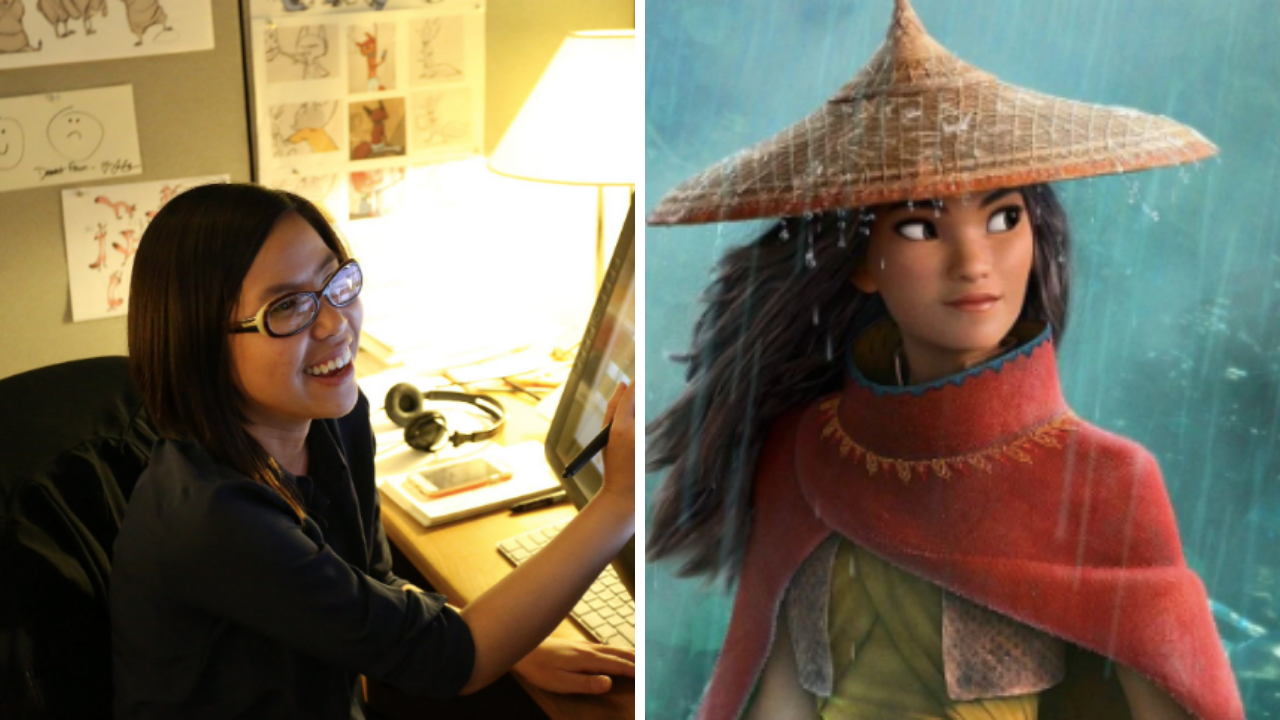 When Disney’s latest release, Raya and the Last Dragon, arrives on Disney+, there won’t be one female character carrying the story. Instead, there will be a multitude of women shouldering the burden of the story. According to Head of Story Fawn Veerasunthorn, that in itself is a revolutionary act for an animated film.

The first Walt Disney Animation film in over four years, Raya and the Last Dragon centers on the Southeast Asian fantasy world of Kumandra. In earlier times, humans and dragons lived in harmony until sinister forces threatened the lives of all. Instead of diving headfirst into destruction, the dragons sacrificed themselves so that humans could live. Fast forward 500 years. Humans find themselves repeating the same mistakes of the past, and it’s up to Raya, a lone warrior, to find the one remaining dragon to save humanity. Much like the film Mulan, Raya is presented as the lone, strong, Asian female descendant charged with persevering against all odds. What makes this different is that though culture plays an important factor in the character’s lives, it’s not the story’s driving force.

Veerasunthorn (Moana, Ralph Breaks the Internet) was encouraged by the opportunity to present different versions of Asian women that were strong but still relatable. More importantly, though the principal characters are predominately women, that isn’t the story’s nexus. Instead of leaning into the culture, honor, and the other characteristics most would hold in high regard within their community and family.

“I was excited to work on something that is not just one person who has to carry everything that a woman has to be,” she says. “We can portray different aspects of a woman and how strong or good or bad they can be. It creates a dynamic conversation into what these characters can be like and where they could go. Their Asian culture influences the characters, so there is a strong sense of family and to protect your family and aging parents at all costs. What is beautiful is when characters come in conflict, they get to make their own decisions based on their lives, who they are, and what they want for the world.”

Similarly, the overall mystique of a dragon is rebooted in a new and inventive way. Instead of the fire-breathing, fearsome marvel that’s often displayed in period films, Sisu (voiced by Awkwafina) changes that depiction. Bringing Sisu to life was a truly collaborative effort to turn the mythical creature into a unique character but still necessary to Raya’s success.

“Sisu is a collaboration between so many people,” Veerasunthorn says. “At first, she was kind of hard to write because she’s inspired by Makkah, and that’s a religious speaker, and we didn’t want to go into that territory. We want her to be still a fictional character that people can relate to. I love the aspect that there’s so much expectation from Raya in the world as to who she has to be. And once you meet her, you think, ‘You’re not bad. How do I tell you I still need to be respectful because you’re a being that is higher than the human? How do I steer you to what you need to do?’ So that was really, really fun.”

Ultimately, for Veerasunthorn and her team of storytellers, the hope is to make the film feel grounded and real. Part of that realness required conveying emotion in a two-dimensional form. Something that she and the team found particularly challenging.

She says, “How do you talk about the theme of trust that is nuanced and contemporary and relatable to people? That’s more of an abstract thing that is in every single sequence that we deal with. So that becomes more about discussion versus how things look like or the technological aspect of it will work.

“How do you reach a consensus on creating the trust that this abstract thought amongst these characters? For example, if Raya is being convinced to take a chance, how do you convey that? She can’t just say, ‘Hey, let’s do this.’ That’s too simplistic in the storytelling. So we did so many different versions digging into what makes Raya who she is. What did she experience as a young child? What was her relationship with her father? How does she change when she meets Sisu or the other characters? How do we draw that? There’s so many elements in the toolbox. If one didn’t fit, we pulled another out. At first, that was difficult. Maybe it’s two of these, or three of these are too much. Take one out.”

Raya and the Last Dragon makes its premiere March 5th.