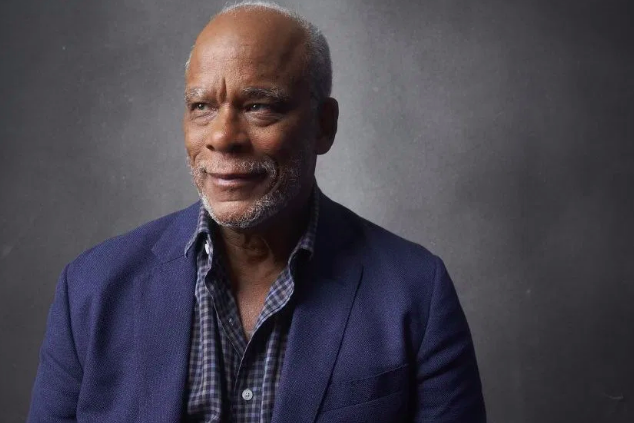 Multiple Emmy Award-winning filmmaker Stanley Nelson is the director of the new Netflix documentary Crack: Cocaine, Corruption & Conspiracy. The film tells a nuanced history of the 1980s crack epidemic that fueled America’s mass incarceration problem. Even though larger percentages of white people were addicted to crack, the epidemic disproportionately affected Black communities from coast to coast. BGN was honored to have a candid Zoom conversation with Nelson about his important documentary.

The chapter format of the narrative was wonderful. Why did you choose this specific structure?

We had to break the crack era down to tell the story. Cocaine evolved from sniffing at clubs and parties into the introduction of crack. All of this money flowing into the hood with no policing. The police didn’t care. People were just making money, “a gold rush for the hood.” And then it turned more sinister, the killings started, and the death. The government was involved, and then mass incarceration. So it seemed like it really was chapters. Although it’s one story, we had to figure out a way to break up the story.

In the “Virus” chapter, there’s a touching transition of heartbreaking black-and-white still photographs.  What inspired you to create that beautiful transition into that part of the story?

The incredible black-and-white photos we discovered of people using crack. Early on, photographers discovered that something special was going on, and they kind of embedded themselves in the crack world. Just incredibly candid photos of people using crack, kids playing with piles of crack files that had been thrown away. The devastation, you can just see on the human faces and the human bodies. The transition gave viewers a chance to almost rest. We could let it sink in.

How important do you think it is to humanize addiction and grow empathy and compassion for those who suffer with it?

It was really important that we talk about their humanity from the folks who used crack. The dealers talk about how they could only get a crappy job flipping burgers at some chain store, and the take-home money was almost zero. Suddenly, there was this thing called “crack,” where teenaged boys could make money to take care of their entire families, and there was no policing. So it was low risk and they could make a lot of money. I think it’s important to humanize people. Nobody wakes up as a little kid and says, “Hey, I wanna be a crack head.” Or wakes up and says, “I wanna be a crack dealer.” We talk about how people get involved, and their lives become devastated. Dealers talk about how their lives were destroyed. About how they were shot five times or how they ended up in jail. The film also talks about the police and the federal government.

Now that we have 30+ years of hindsight after that “Just say no!” campaign, how do you unpack the hypocrisy, particularly in our current political climate as we are still dealing with the effects of the crack era?

One of the joys of making the film was being able to unpack some of that stuff. For so many in this country, Reagan and the Reagan era are trumped up as being heroic. For the Black and Latinx communities and so many other people, that era was devastating. And the ridiculousness of “Just say no”, as cocaine is flooding into this country, I think, is important. You’ve got nothing, you need to survive, and you’re supposed to just say no to something that is coming into the country and becoming more available, cheaper, and easier to sell, to make a living?

What’s your process for creating the musical soundscape for the documentary?

Music was very important to that time. It was the beginning of hip hop, and also hip hop was really talking about what was happening in the streets. We wanted to use the music and the images to take you back to that time. They say that the sense of smell is the strongest sense of memory, but nothing takes you back like music.  Right? So for everybody, whatever period they grew up in, whatever period they lived through, if you hear a song from that period, it takes you right back. And so, again, we would use music to give you a break. Music and images, and you are able to just feel what’s going on.

What impact do you hope Crack: Cocaine, Corruption & Conspiracy will be able to make towards changes in public policy?

I hope that we can see the past so we can reassess where we are now. So many people are in prison on drug offenses, and some of those drugs, like marijuana, are legal now.  It doesn’t make any sense. Also, one of the things that’s really fascinating about that era, and we really wanted to point out, was that it wasn’t only white politicians. It got so bad that some Black communities and churches said, “Okay, just lock my people up. Lock up my sons, lock up my daughters.” Now we’re looking back on the unforeseen circumstances of our actions. Charlie Rangel is a perfect example. He says, “Well, I thought it was a good idea at the time.” And now we are dealing with people who are still incarcerated. Do we really want our country to be a prison state? Is that a solution?

The Black community meeting with the CIA director in LA demanded accountability for the CIA’s illegal arms sales for drugs that funded the crack epidemic. Do you think this kind of truth session could happen today with a member of the upcoming administration?

We’re living through a truth session today! It’s about another issue, but we’re also living through it today. I’m hoping the new administration can at least reassess some of the drug convictions for people who are still in jail, for things that are no longer a crime. You know? And if you’re not in possession of an amount that’s sellable or trying to sell it.

How do you hope to make a difference with this film?

The documentary is currently streaming on Netflix.